Article - July 4, 2012
In June 2012, Chile was invited to participate in G20 summit for the first time. Emerging markets such as Chile have a more important role to play, and the key to success is finding the right partner – and this is precisely what CAMCHAL does 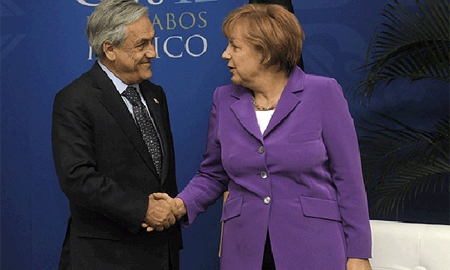 CAMCHAL, the German-Chilean Chamber of Commerce and Industry, is a nonprofit trade association founded in 1916 by German businessmen in Valparaiso.

It currently has over 600 members and is the largest European bi-national institution in Chile. Apart from representing the interests of its members as well as interests of German industry, CAMCHAL is a powerful platform for commercial relations, know-how, and technology transfer for its members and customers in both Chile and Germany.

Professional services provided by CAMCHAL focus on four main areas: services for members, the commercial services area (through its subsidiary AHK Business Center / Deinternational), the Center for Innovation and Sustainability (CIS), and the Training Centre of Excellence / CEC. The services included in these four areas range from advice on finding business partners, technology solutions and support in entering new markets through the use of the chamber’s networks for contact with partners,
to issues of innovation and R&D, or participation in technical courses and seminars that allow the
transfer of advanced knowledge.

CAMCHAL is part of the global network of German Chambers Abroad (the AHKs). With over 120 offices in 80 countries, it covers 99% of German trading. Thus, German companies have professional support of local knowledge in virtually every market in the world. At the same time, this network allows local businesses to access – through CAMCHAL – German chambers elsewhere.