U.K.-based bank HSBC  named Egypt’s construction industry, which is predicted to grow by more than 8% annually, in the Middle East and North Africa 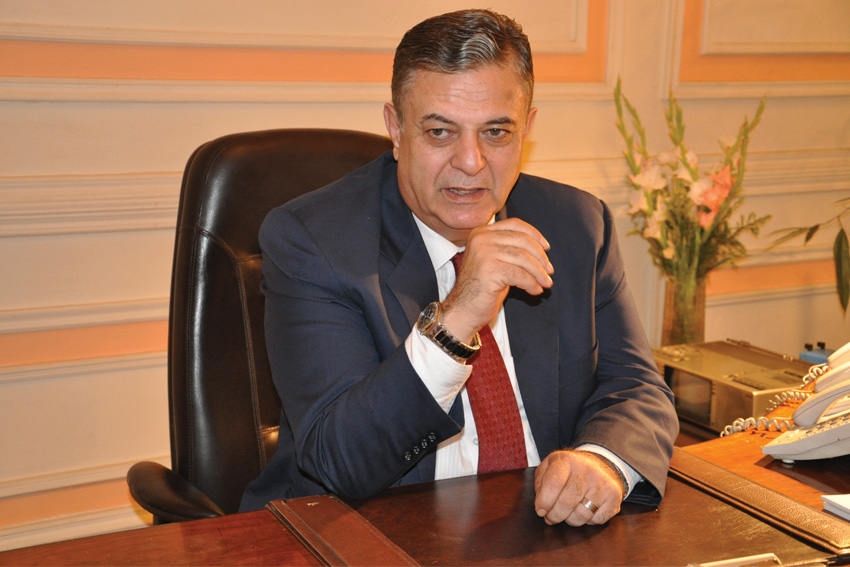 Egypt’s development aspirations in the run up to 2030 will depend heavily on the nation’s builders. Building a sustainable and diversified economy and a better future for the Egyptian people, as envisaged in the Vision 2030 plan, requires building new roads, power plants, schools, affordable housing and even entire new cities.

Since President Abdel Fattah el-Sisi came to power in 2014, a large number of construction mega projects have been launched, attracting billions of dollars of investment from abroad. One of the country’s flagship projects entails building a brand-new capital city 28 miles east of Cairo. In October, the Chinese state-owned China Fortune Land Development Company signed a deal to provide $20 billion of the total $45 billion needed for phase one of the project, which commenced in February 2016.

In January, U.S. investors traveled to Egypt to look at opportunities at another grand venture of the el-Sisi administration – the New Suez Canal Economic Zone (SEZ), an enormous project which aims to transform the land around the newly expanded Suez Canal – an important global shipping waterway connecting the Red Sea and Mediterranean Sea – into a transport, logistics and manufacturing hub.

Megadevelopments such as the SEZ and the new capital city, as well as a number of other large-scale housing, transport and power projects, are why Egypt’s construction industry has been named the “most prosperous” in the Middle East and North Africa (MENA) by British-based bank HSBC in a regional construction report released in January. Another report by Timetric released in August predicts that the Egyptian construction sector will experience average annual growth of 8.24% between 2016 and 2020. “The growing number of public-private partnership (PPP) projects and the increasing pace of foreign investment will also drive industry growth over the forecast period,” the report stated.

Also driving growth is Orascom Construction. The largest construction company in Egypt, Orascom has a diversified project portfolio, and is heavily invested in the power sector, supporting the nation’s rapidly growing demand for electricity. In January it was announced that Orascom will form part of a consortium to develop the Assiut and West Damietta combined-cycle power plants, costing a combined $650 million. Orascom is also involved in the $8 billion New Capital power plant project, which will have a generation capacity of 4,800 megawatts once completed.

Orascom’s CEO Osama Bishai shares particular praise for the el-Sisi government’s success in enticing investments in the power sector. “Investment in power generation has been successful because the government understood that in order to drive the growth in power availability and resolve the power problem in Egypt, they needed to be able to promote Egypt as the center of attraction for major manufacturers. They closed one deal after another to generate this climate that attracted investors and manufacturers. So, I think the challenge here is how to replicate this in all the other segments of infrastructure development,” he says.

Beyond Egypt, Orascom’s project portfolio expands across the MENA. The company also has business interests in the U.S., where the company has witnessed significant growth since 2012.

“Right now, we have two subsidiaries  in the U.S. One of them is working for the U.S. government. The other subsidiary was acquired from a U.S. construction company back in 2012. And, in fact, this company has doubled its revenues over the last four years.”

Another builder, Saudi Egyptian Construction Co. (Secon) is one of the largest companies operating in the real estate market. In January, it announced that it plans to pump over 2 billion Egyptian pounds (approx. $130 million) into its projects in Egypt this year.

Luxury developments make up a large part of Secon’s portfolio, but the company is also developing affordable housing. “We have chosen to invest in South Egypt, but we are not creating luxury projects for luxury people,” says CEO Darwish Hassanein.

“We have to take social requirements into consideration. Yes, we have to make a profit, and we are doing so, even with this project in South Egypt, but also, we have to put our social responsibility into perspective.

“I really hope that in the next five years, we would have solved the problem of Egyptians living under unsuitable conditions. Of course, we will achieve this by either improving areas where people are living or building new areas for them to live. Existing areas can be improved, and new housing projects carried out to prevent similar problems in the future. In this sense, I believe there is a 500,000 low-cost housing project currently in progress.”