Next year, the Association of Southeast Asian Nations will join in an even more cohesive relationship: the Asean Economic Community. The new common market will represent one of the world’s greatest new economic powers 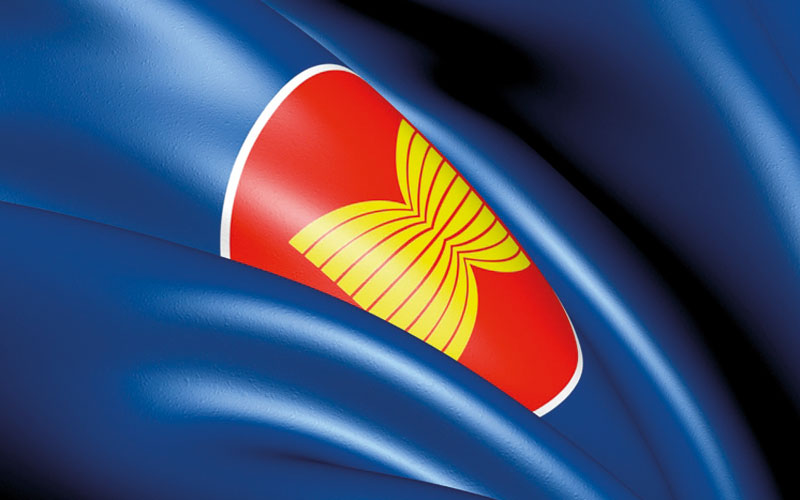 One  of the world’s most dynamic economic regions and home to more than 600 million people, Southeast Asia is on course and going full speed ahead to become even more prosperous. This is thanks to its ambitious plans, which kick off next year, that will work to bind the countries closer together through enhanced cooperation in a number of fields.

The 10 nations of the Association of Southeast Asian Nations (Asean) – Brunei Darussalam, Cambodia, Indonesia, Lao PDR, Malaysia, Myanmar, the Philippines, Singapore, Thailand and Vietnam – are already an established global economic power with a future most assured.

Once known as “The Tigers of East Asia”, these former developing nations have a sterling track record of bouncing back from adversity, such as with the crisis of 1997 which brought their economies to their knees and came very close to triggering even deeper problems around the world.

But quick and decisive action by the International Monetary Fund, coupled with sweeping reforms to the region’s financial, banking and currency systems, soon had Southeast Asia again on its feet and “The Tigers” came roaring back.

Their resilience was demonstrated once again when in 2008 the financial implosion triggered by the sub-prime loan debacle in the United States triggered a worldwide recession.

Yet from 2007 to 2013, the economies of the Asean countries actually grew faster than the global average. Last year, the world’s GDP grew 3%, while that of the association increased by 4.9%. Quite an achievement for a group which was founded in 1967 by five of the current members and designed as a regional alliance to promote economic prosperity, social progress and cultural cohesion, as well as provide a forum for stability and peaceful coexistence.

But not everyone was convinced it could be a success in a region then embroiled in a major war pitting the United States against North Vietnam with the inevitable spillover into neighboring states.

“The media described us as dominoes about to fall at any time,” recalls the Minister of Foreign Affairs for Singapore, Professor S. Jayakumar.

“Indeed, there was no optimism on the future of the countries of Southeast Asia. But now, some 30 years later, the situation is very different. The countries in Southeast Asia now constitute one of the most peaceful, stable and prosperous regions in the world,” he says.

“I don’t think this would have been possible if it were not for Asean.”

Success has been impressive, especially as an economic power. As a group, Asean members have a combined GDP of more than $2.4 trillion, and if counted as a single entity its economy would rank sixth in the world after the United States, China, India, Japan, and Germany.

Economists say if growth remains constant, it will be the fourth largest economy on a global scale by 2050.

Its attraction as a market is evident as the region boasts a population of 600 million people, more than North America or the European Union, and the labor force, at 300 million people, is the third largest in the world after China and India, which means a rapidly growing middle class fueling demand for quality goods and services.

According to economists, between 1991 and 2013 some 83 million workers in the Asean member countries moved up into the middle class, and they forecast the number to hit 144 million within the next three years.

Other indicators are just as impressive. For example, since 1990, almost 60% of Asean’s total growth has been derived from gains in productivity with further growth expected.

Asean’s statistics show that FDI rocketed from $100 billion in 2010 to $122 billion last year. The European Union led the charge, with FDI rising from $18 billion in 2012 to $27 billion in 2013, to comprise 22% of the total and making the EU the biggest source of foreign investment into the region and second only to Asean itself.

At the same time the region remains one of the hottest tourist destinations in the world, and major hotel companies, tour operators and airlines are expanding their regional operations from the stunning, blindingly white beaches of the Philippines to the green, jungled highlands of Myanmar.

Over the past decade, the aviation industry alone has witnessed remarkable development that is the envy of rivals around the world. In that period of time, international arrivals tripled from 33 million in 2003 to almost 100 million in 2013, matched by the capacity of the region’s air carriers which increased nearly threefold from 94 million seats to 268 million seats.

It is clearly a region on the move and its remarkable progress is a talking point among the movers and shakers of the world economic community.

“I must confess that every time I visit the region and observe its multiple facets, I feel a rush of energy,” International Monetary Fund Managing Director Christine Lagarde said in a recent speech in Asean member state Malaysia.

“Asia does not stand still – it is constantly reshaping itself and each time I am here I see a new, improved, upgraded version. I wish sometimes that I could pick up a packaged version of dynamic Asia and take it to other parts of the world,” she said.

Asean leaders themselves are not shy about the achievements the region has made from those humble beginnings back in the 1960s. Furthermore, they highlight working together and mutual understanding among their different political systems, national aspirations, and very diverse peoples as key to the association’s impressive performance.

“Asean has been successful because there is a very strong commitment among members for cooperation,” explains Malaysian Foreign Minister Abdullah Haji Ahmad Badawi.

“Cooperation for the benefit of all and cooperation for stability and peace in the region. This is a very important hallmark of Asean.”

In a recent speech in London to a conference on the regional association covering its history, its successes and its ambitious plans for the future, Asean Secretary-General Le Luong Mihn perhaps best summed up its significance for the entire world when he said:

“Asean’s efforts to build such a community have underpinned the peace and stability of the region, allowing our regional and national economies to flourish and remain resilient.

“All these have not only benefited the Asean region as a whole, but also presented significant contributions to the Asia-Pacific region and the international community at large.”