Article - July 18, 2013
With Mexican manufacturing recovering to become a global power, a revitalised construction industry is also helping to ensure that trade and growth is strongly supported. 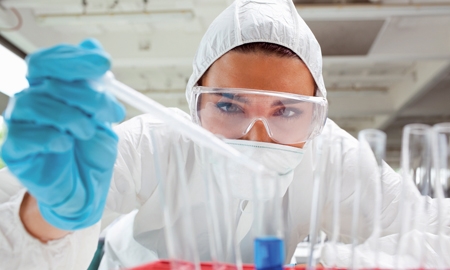 Having overcome the global financial crisis in such an enviable manner, Mexico’s rediscovered economic prosperity is being perfectly exemplified by its thriving manufacturing sector.
Manufacturing grew by 5.6 per cent in the first quarter of 2013 owing largely to record output and billions worth of foreign direct investment (FDI) in the booming automotive industry.
The Peña Nieto administration has already seen an injection of US$3 billion of FDI into the motor sub-sector, with an extra US$2 billion expected by the end of the year.
The increased interest in the country’s manufacturing base is thought to be stemming from the fact that Mexican workers have significantly been able to up their skills and productivity in recent years while continuing to provide labour for relatively low wages.
Meanwhile, Mexico has developed a national expertise in certain industries, which makes it more attractive for companies to locate or expand plants there, while it also enjoys more free-trade agreements than any other country.
It is reasons such as these that explain why Mexico is now becoming considered as a global manufacturing power to rival its Chinese and US counterparts.
Mexico’s invigorated industry is also marked by the re-growth of the construction sector, rising 1.2 per cent year-on-year between January and April 2013 after also being badly affected during the economic crisis.
The return to growth is also buoyed by an extremely positive outlook for FDI in construction, with a volume of US$1.6 billion in investment soon expected to reach the sector.
Grupo Covasa – one of the country’s major construction firms with vast experience in the construction market – is just one of the companies benefiting from the increased confidence in Mexico’s industry.
According to CEO Carlos Valdez, construction is now playing a major part in the development of the country through building the infrastructure that is vital to supporting the country’s industry and socio-economic development as a whole.
“Infrastructure is of utmost importance for the development of any country,” says Mr Valdez.
“This sector provides direct and indirect employment to much of the population and maintains vital trade links in the country.”
With the construction sector now returning to a period of uninterrupted activity, Grupo Covasa continues to distinguish itself as strong player in a competitive market.
Established 13 years ago as a reliable partner specialised in building and infrastructure works for both the public and private sectors, Covasa was named this year as one of the 50 most important consultancy companies in Mexico. Going forward, Mr Valdez believes there is a need for further foreign investment to help realise future projects, such as the development of better hydraulic infrastructure, to ensure continued development of the country.
“Referring to society, there is a need to better technology, and thanks to the number of projects that are in Mexico it is necessary to have cooperation. It would be nice to be the link in having the opportunity to work with British companies,” he says.