An island of opportunities 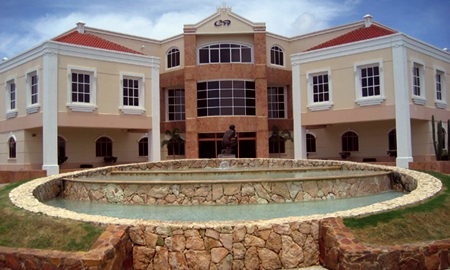 With most countries still struggling to climb out of the world financial crisis, the island nation of Aruba, located in the Caribbean and belonging to the Kingdom of the Netherlands, is making its recovery, with its GDP growing by the almost double-digit figure of 8.9% in 2011 and a projected growth of 3.1% in 2013-2014.

Because of this recent growth as well as openness to international markets and a safe, transparent business environment, Aruba is considered one of the most financially stable countries in the region.

“The resilience that Aruba has shown economically far exceeds other islands, let alone other neighbors in the region,” explains Marielsa Arends-Croes, Executive Manager of the Aruba Investment Bank, a key financial player in the development of the island. “That resilience gives you confidence. Economically we have a very stable outlook.”

Aside from the obvious advantage of this financial stability for investors, Aruba is also a convergence point for North America, Latin America and Europe. It has cultural and political ties with Europe because of its Dutch heritage, which include its political structure, education system, financial transparency and a European judicial system. Aruba also engages in the majority of its economic affairs, such as trade and tourism, with the United States but is geographically close to Latin America. This cultural and geographic advantage along with a multilingual workforce make Aruba an appealing meeting point between these three regions. Furthermore, Aruba’s currency is pegged to the American dollar allowing for additional financial stability.

“If you look at the Aruban florin peg with the U.S. dollar I think you can only conclude it has been very positive for the island,” states Jeanette Semeleer, President of the Central Bank of Aruba, noting that this constant exchange rate with the dollar evokes confidence in investors. “Once you have certainty of that exchange rate it provides certainty for contracts. Certainty in your costs really helps people make investment decisions which is important to Aruba.”

Real estate is one of the prime investments in the island including top foreign hotel chains from the United States and Europe. The country is also promoting tax breaks for manufacturing and public-private partnerships (PPPs) to work hand-in-hand with the government on upcoming projects.

“There are many opportunities that we are currently doing as PPPs, which have received a lot of stimulation and support from the current government,” says Frendsel Giel, Managing Director of Aruba Investment Bank. “We welcome foreign direct investment (FDI), because it is very important for our economy and its future growth.”

Currently the United States is the number one investor and a prime trading partner of Aruba. According to Ms. Semeleer, 90% of Aruban payments are done in U.S. dollars, further facilitating the trade between the countries. The United States is both Aruba’s top exporter and importer. In 2011, this Caribbean nation sent 32.8% of its total exports north to the United States and 54.9% of its imports were American.

But it is not just goods that are passing through the border: the United States sends the highest percentage of tourists to the island every year with 61%, followed by Latin America and Europe with 21.2% and 9% respectively. This steady booming tourism is an important contributing factor to Aruba’s continued financial stability.

Prime Minister Mike Eman says: “I believe foreign investors are attracted to Aruba for several reasons, but one key reason is the political and legal stability we offer in a region that is not always known for that. Because Aruba is a member of the Kingdom of the Netherlands, we follow the Dutch legal system. We have an excellent legal system and courts, but in addition any party, any investor, can appeal a case all the way to the Hague in the Netherlands. The Dutch legal system is one of best in the world, and foreign investors in Aruba take enormous comfort in the stability and fairness of our legal system.

“In addition, the network of Dutch embassies and consulates around the world – and particularly in the United States – are of enormous benefit to Aruba in reaching out to potential investors and business partners.”