The first name in Mexican business 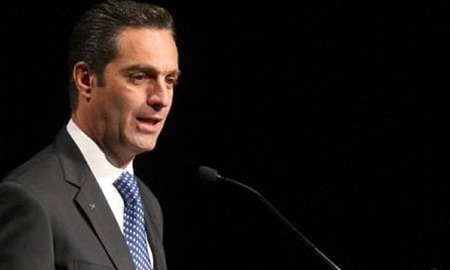 No discussion of Mexico would be complete without mentioning the Slim family. The world’s wealthiest man three years running and native of Mexico City, Carlos Slim Helú has built an empire of companies in some of the most important sectors in the country’s development; namely, communications, technology, retailing and finance.
In 2004, he handed the reigns of his telephony giant, Telmex, over to his eldest son and namesake, Carlos Slim Domit, who had previously served as co-chairman along with his father and had worked in management positions since the Slim family bought the company from the Mexican government in 1990.
Telmex and Telcel, wholly owned subsidiaries of América Móvil, are Mexico’s dominating fixed-line and cellular operators. While the proposed telecommunications reforms are meant to break up their semi-monopoly, Mr. Slim Domit says he welcomes the competition that the reforms will bring.
“Competition in any sector or industry requires investment. If investment is a determinant for competition in any given sector, then in telecoms it’s even more so. It’s a sector that needs huge investment for three main reasons,” he says.
“Firstly, for coverage. You need infrastructure everywhere. Secondly, for technology updates. Lastly, for service convergence.”
Mr. Slim Domit goes on to explain América Móvil’s market share and how even places where the company does monopolize have profited: “We’re in nearly 200,000 towns. Our nearest competitor is in between 85,000 and 90,000. That means we have 100% market share in just over 100,000 towns and about 50% in the 85,000 places where we compete.”
“Since our rates are the same throughout the country, the places where we have no competition ultimately benefit from lowered prices resulting from the places where we do have competition.”
Moreover, greater investment as a consequence of increased competition in the sector would improve convergence and ultimately, services for the end users.
“Today we live in a world where the networks are convergent. That allows everyone to have access to all the different telecoms services that we do not provide,” he says.
Also serving as Chairman of Grupo Carso, a multi-division investment conglomerate that has also been in the Slim family for several decades, Mr. Slim Domit is well aware of the social responsibilities that large private sector companies hold. He says they have the power to turn their own growth into a win-win situation for the people by creating more jobs and by giving access to more and improved services and products.
Furthermore, through its, foundations, Grupo Carso is involved in education, health, research, environment, justice, culture and sports, to name a few.
“We’ve always been committed to raising efficiency, reinvesting, and at the same time, working very actively with the foundations,” he states.
On its part, Telmex is a major sponsor of sports events, including a 40,000 strong children’s basketball league, a boxing league, and soccer and tennis tournaments. A huge sports fan himself, Mr. Slim Domit supports high performance athletes such as those training for the Olympics and Paralympics. His company sponsors international sporting events, such as Vuelta Mexico (road cycling) and the Carrera Panamerican (sports car racing).
From his father, Mr. Slim Domit says he’s learned to value what he has and make time to be with family and friends. And, like his father, he certainly knows how to run a business.