Bermúdez; the history of rum

Article - November 22, 2012
The history of rum and the Dominican Republic as a nation are interlinked. It was in 1844, when the country declared independence from the Kingdom of Spain, that a modern sugar industry was established on the island 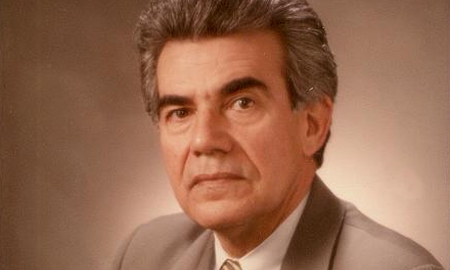 This was largely driven by the arrival of Cuban refugees who had escaped from the ‘Guerra Chica’ and who had been freed from the Spaniards by the Creoles on the neighbouring islands.

La Española, the name the island was known by in colonial times, was the first place in America to begin cultivating sugar canes, which were brought over from the Canary Islands by Christopher Columbus on his second trip to the New World. However, rum distilling was not professionalised until the mid-19th century. Prior to this, rum was created by Scottish and Irish immigrants in Jamaica, and was marketed by Jews and distributed across the entire Caribbean region by pirates.

Rum was considered as a tradable currency, however its popularity was restricted to the lower classes, who were mainly slaves and aborigines, as the Colonists still preferred wine imported from Spain at the time. It was initially called a liqueur, caña or cañita, and it was a distilled non-aged drink, which was synonymous with poor quality. The word ‘rum’ started to make a difference however, as it was considered to be a more refined liqueur. A liqueur named “Ron de las Flores” received an award at the Paris Wines and Liqueur Exhibition in 1883.

The history of Ron Bermúdez goes back further than this. It was in 1842 when a mysterious youngster arrived in Santiago de los Caballeros. He was 24 years of age and he came from an influential family in Cura, Venezuela, where he had left the country in exile as a result of a conflict between Federalists and Centralists. He had studied medicine in his country, and he knew how to produce rum. So he started practising as a doctor, and in 1952 he set up a distillery to produce a liqueur to cure ailments and to restore the energy levels of his patients.

The elixir would be known as ‘Amargo Panacea’ and people were advised to drink it in spoonfuls. However, it was not long before the tasters began describing it as one of the best liqueurs that was produced on the island, so it started to form part of aperitifs and after dinner drinks. As a result of this, Erasmo Bermúdez developed a liqueur industry, which would soon include other rums including Popular, Toro, Tres Cañas, Cidra and Bermúdez, and new liqueurs such as Ponche Cola and Bermúdez gin.

The business did not start off well, as an earthquake had destroyed his first distillery in Santiago de los Caballeros. But Erasmo did not go down with the building – he continued to drive his business and his family forward. In 1959 he married a beautiful lady of French descent, Petronila Rochet. They had eight children and many grandchildren who continued with the business and the liqueur tradition. One of them, Mr Carlos Bermudez, remains at the helm of the company at 82 years of age.

Fast forward 160 years, and Bermúdez continues to make history, developing the highest quality rum in the longest running ageing cellars in the Dominican Republic. The ‘Cara de Gato’ (Cat’s Face) is a brand which best represents the history of rum in the country, which has been there at large events, the good times and the bad times. Ron Bermúdez is a faithful companion – it’s the rum of the Dominican people.