Cream of the crop

Article - October 24, 2011
Along with petroleum, aluminium and lumber, industries such as dairy products and cotton contribute to a diverse economy 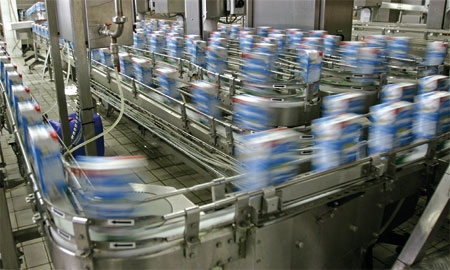 Cameroon´s abundant natural resources, favourable geographic location, and relative political stability have allowed the country to build one of the most diverse economies in sub-Saharan Africa... though not with out experiencing its fair share of hard times.

After gaining independence in 1960, Cameroon swung from a 25-year period of prosperity to a decade of recession, followed by a partial recovery. Successive governments have conducted pro-active industrial development policies and, as a result, Cameroon now has a  diverse industrial sector, which is being overhauled as a result of structural adjustment measures, devaluation  of the CFA franc in 1994 and economic liberalization.

Over the years Cameroon has developed a range of industrial ventures aimed mainly at domestic and regional markets. Many of these industries are based in the port city of Douala, the country's industrial capital, and have benefited from Cameroon's location and its low energy prices.

A quick overview of two businesses – Cicam and Camlait – suggests a company can prosper in Cameroon if managed correctly. Cicam employs1,500 workers and is the chief textiles manufacturer in the CEMAC area. It was founded in 1963, and produces an annual average of 700 tonnes of spun cotton yarn, 32 million metres of raw fabric and 35 million metres of printed fabric in its factories at Garoua and Douala. Its subsidiary Solicam produces towelling, mainly for export.

Meanwhile, operating in a completely different field, Camlait is a food processing SME with a range of diary products and milk-based desserts. The market for yoghurt continues to rise in 2011, thanks to continuous product availability, new distribution outlets and increased advertising by leading players such as Camlait.

Camlait SA has maintained its leadership position in yoghurt during the past few years, occupying more than half of the category, thanks to a variety of brands suitable for people from all walks of life.

Camlait’s success is usually attributed to its aggressive distribution strategy targeting supermarkets, bakeries and convenience stores, which makes its products widely available nationally. Its performance is also helped by ongoing campaigns to make Camlait a household name, and the increasing attractiveness of its soya-based brands to children.

Unlike some other domestic businesses, Camlait has established strong distribution channels throughout the national territories. It has also introduced in-store preservative equipment for the storage and displayof Camlait products. With positive economic forecasts and Camlait’s ongoing campaigns to get its products into all corners of Cameroon, sales of yoghurt, soy products and milk –based desserts look set to remain buoyant for the near future.