A clean balance between tradition and innovation is 'the winning formula'

Article - December 2, 2013
100% Mexican company Sasil is the institutional detergent market leader domestically and a major exporter, sending a quarter of its production abroad 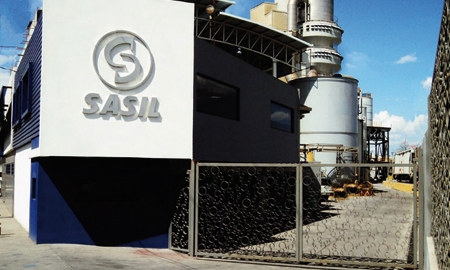 In business, a combination of principled practices, strategic planning and continuous efforts to grow and innovate steer a course towards success. Detergentes y Jabones Sasil SA de CV is definitely one of Mexico’s success stories.
Founded in 1959, it has grown from humble roots in Monterrey as a small family business producing detergents and soap to become a leader of its industry since its incorporation in 1990, offering high quality products at competitive prices. Since then, Sasil has grown substantially, having upgraded its systems of operations and expanded its product lines as well as its clientele.
Based in the northeastern state of Nuevo León, Sasil has become one of Latin America’s most important companies, exporting to Central America, South America, the Caribbean, and the United States, and counts Wal-Mart, Gigante, Soriana and HEB among its clients. Its exports account for 25% of total production.
Sasil’s CEO, Bruno Aviña Núñez, who has helmed the company since 1990, believes it will only grow further and aims to significantly increase market share in the future. He attributes the company’s success to its “philosophy of growth” – a creed, he says, that is echoed every day in the company’s offices.
According to Mr. Aviña, Sasil has experienced double-digit annual growth in its 24-year history; even during Mexico’s economic crisis in the 1990s, the company only grew. Its pattern of growth is evident across the board. Production has increased manifold: 24 years ago, it produced 600 tons of powdered detergent per month; today, 11,000 tons are produced per month. In total, Sasil will produce about 130,000 tons of powdered detergent this year, and this number will increase next year.

The company is expanding its capacity to increase production, with plans to build a new manufacturing plant by the end of 2014, adding to its three existing plants operating in Mexico.
Upgrading technology is also an important, continuously developing aspect at Sasil. After updating its equipment, Sasil is now using state-of-the-art advanced machinery from Italian brand Ballestra to streamline the production process and ensure the highest safety standards.
Mr. Aviña defines Sasil’s infrastructure optimization as highlighting the company’s principle of “continuous improvement”, adding that all aspects of the company are “perfectible and subject to modernization”. The ISO-9001 certified company is dedicated to quality and producing a 100% Mexican product.
Where does he see the company in another 25 years? Mr. Aviña says the long-term plans for Sasil include the expansion of production, which involves the building of the new plant, and doubling its market share, as well as expanding into new countries.
As for the nation’s economy, he believes Mexico is a country with many and great advantages and potential, featuring a robust, hardworking Mexican labor market, particularly in the state of Nuevo León, a region rich with opportunities for workers.
Earlier this year on a visit to the country, President Obama declared it to be “Mexico’s moment”, signaling a transformation of the country’s role in the world, as well as the growing partnership between the two nations. If industry is any indication of this “moment”, growth and expansion seem to be very much at the forefront of the development of that partnership.
This year, private investment in the country will be record-breaking, Mr. Aviña states, adding that this is just “the beginning of what is to come.” Sasil, with its continued drive for growth and improvement, will no doubt participate in that developing partnership, all the while maintaining its course towards continued success.