Brighter times ahead for Ghana’s banks

The rapid deceleration of economic growth in Ghana in 2015 and 2016, mainly the result of the plunge in prices of gold, cocoa and oil, had a major impact on the nation’s banks. But with a new reform-minded president in charge and improving macroeconomic conditions, 2017 has so far been a better year for the banking sector. 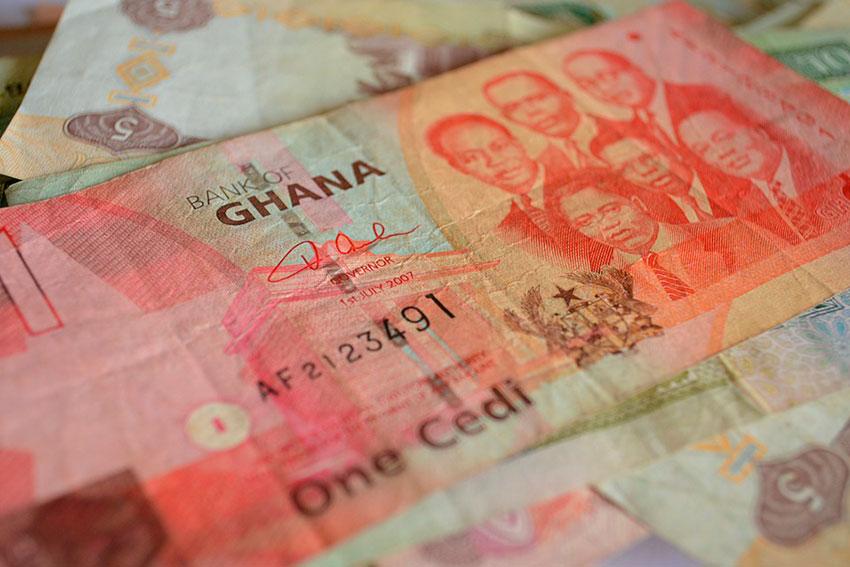 Between April, 2016 and April, 2017, the country’s total banking assets increased 30.9 percent, from 64.6 billion cedis to 84.5 billion cedis. The main driver of strong asset growth has been the increase in client deposits, which shot up 28.4 percent over the same period, as banks have increased their customer base and brought more Ghanaians into the formal banking system.

Meanwhile the Bank of Ghana (BoG), under new governor, Dr. Ernest Addison, has said it will focus on monetary policy easing, stability of prices and foreign exchange rates and the recapitalization of various banks in the country, which will help to further strengthen the position of the banking sector.

"There are indications that growth is likely to remain significantly stable, alongside an improved inflation outlook, which provides some scope for monetary policy easing," said Dr. Addison in May.

The improving macroeconomic conditions and the reduction of inflation (from 18.7% in April 2016 to 12.6% in May this year) has led the BoG to cut interests rates twice so far in 2017. The latest cut in May saw the interest rates drop 1 percentage point to 22.5 percent.

“In previous years because the government's borrowing rate was so high, the banks had absolutely no incentive to look at the private sector because it was risky. But now, engagement with the private sector is going to be very different,” said Mr. Anselm Ray Sowah, Managing Director of GCB Bank, in an interview with The Worldfolio.

“Very soon, you’ll find banks chasing customers to give them funds. We are gradually looking at that scenario. But it’s a little early yet as it’s only been six months since the new administration took office.”

The BoG has also stated its intentions to increase the minimum capitalization requirements of banks from 120 billion cedi to 200 billion cedi, in line with recommendations made by the IMF under the Extended Credit Facility.

“The financial system is overall adequately capitalized, though addressing weaknesses in some banks and microfinance institutions is necessary to improve the availability and affordability of credit to the private sector,” read an IMF statement released in April.

Commentators say the measure could eventually lead to consolidation through merger and acquisitions in the Ghanaian banking sector, which is currently made up of 37 licensed banks, as well as several microfinance institutions.

“If you raise the minimum capital requirement, as the BoG is talking about, then we will start to see some of the smaller banks coming together before they all get locked into a few larger institutions,” Stanbic Bank Ghana CEO, Mr. Alhassan Andani, told The Worldfolio.

“There is a need for consolidation but we have to step back. First of all, the proliferation of banks tells you something about the state of the financial services industry in Ghana, which is still very fragmented. There is still need for financial inclusion. We are today 27 million Ghanaians, out of which less than 6 million are in the formal banking sector, so that means there is a whole pool of another 6 or 7 million bankable clients that are out there.”

Getting more of the unbanked population onto the formal banking sector is indeed a top priority for both the banks and the government, which has implemented two major policies this year aimed at increasing financial inclusion.

In June, the government launched the National Financial Inclusion strategy, which will be mainly targeted at the 60 percent of the population living in rural areas. Expanding financial services to this group is crucial for inclusive development and poverty reduction.

“The financial inclusion strategy will also promote action and usage of quality financial services, strengthen financial protection and improve upon financial literacy and capacity,” said Deputy Minister of Finance, Ms. Abena Osei Asare, in May, adding that government would partner with the various stakeholders in the sector to successfully roll out the strategy for the development of a robust and efficient financial system.

The Ghana Revenue Authority’s scrapping of the 17.5 percent VAT on financial services, following the repeal of VAT Act in March, should also help to attract more of the unbanked population onto the formal banking system. The move has been welcomed by many bankers, who say the VAT charge has hampered banking sector growth.

“It is positive news,” Chief Executive Officer of Beige Capital, Mike Nyinaku, told Ghana’s Citi Business News in April. “As banks were charging, we had just become a conduit for passing on the cost to clients and thus collecting tax on behalf of government. So, once we are not doing that anymore our clients will have a reduction in the cost of services.”