The Cameroon-UK entente, a vital partnership

Article - October 14, 2011
The solid relations enjoyed by Cameroon and the UK over the years have seen the UK involved in a range of projects in Cameroon to promote democracy, human rights, youth development, peace building, the fight against corruption, climate change, regional integration and UK-Cameroon trade and investment. 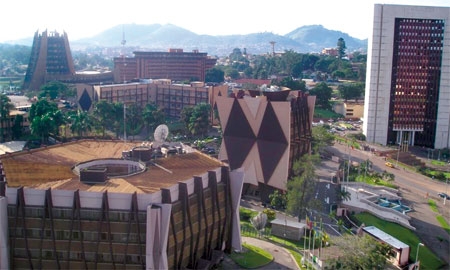 “We are committed to not only making the UK-Cameroon as strong a relationship as possible, but also to helping Cameroon on its journey to being the best country that it can be,” comments Bharat Joshi, the British High Commissioner to Cameroon. “In terms of developing good relationships with Cameroon, we are lucky. We have inherited a very strong bond and relationships that are partly due to colonial heritage and which have also been bolstered by official visits. They have been further strengthened by our shared membership of the Commonwealth since 1995.”

The British High Commission co-ordinates a variety of bilateral projects and also awards scholarships and fellowships under the UK’s prestigious Chevening scheme. Funded by the Foreign and Commonwealth Office, which is jointly administered in Cameroon by the British High Commission and the British Council, scholarships under the scheme allow outstanding young professionals in Cameroon to study at a British university for up to one year.
The High Commission’s Challenge Fund supports small-scale, high-impact social and commercial projects at a grassroots level. Also, recent projects from its Strategic Programme Fund include a scheme to help local communities in Cameroon’s rainforests to map trees and record incidents of illegal logging using custom-designed handheld computers and global positioning satellites.

Following a major review of the UK’s aid partners to focus its development resources on the 27 neediest nations, the UK Department for International Development (DFID) announced that Cameroon would be one of 16 countries to have their bilateral programs with the donor country phased out. Nevertheless, the commissioner points out, “Our commitment to Africa remains unquestioned and it will increase even more in the next few years.”

The UK will continue to support Cameroon through the UK’s increasing participation in initiatives by the World Bank, African Development Bank, European Commission and other multilateral involvement. “The overall Government commitment to development assistance to Africa remains and it is clear that we are going to continue to make the OECD target of spending 0.7 per cent of GDP on aid by 2015,” says Mr Joshi. “As part of that, there is going to be an increase in bilateral programs for [African] countries. We will have bilateral programme funds that we will be able to spend in Cameroon, while supporting key British Government priorities.”

Forestry is a vitally important area for Cameroon and the UK Government was instrumental in setting up the Congo Basin Forest Fund (CBFF), to which it has pledged £58 million to finance action to protect the forests in the Congo Basin region of Cameroon.

Commercially, the “hinge of Africa” is well located as a base to access various domestic and neighbouring markets. “We have a long-standing economic relation; we have some big British companies who are operating here quite successfully,” says Mr Joshi. “The Government of Cameroon I think has been astonishing. It has been incredible how they have maintained stability in what is a very rough neighbourhood.”

There are many areas where UK companies could add value, such as in the service industry, where competition is quite low, profit margins are high and the industry is underdeveloped. Also, tourism and ecotourism have great potential. “Interestingly, we have only very few high quality hotels in places like Yaounde and Douala, where the markets are quite large. You see many business people around, so there is a niche for that,” adds Mr Joshi.

The commissioner sees the Cameroonian business environment changing, with the creation of free trade zones and one-stop shops designed to spark entrepreneurism. “Steps have been taken to make it easier for people to create businesses,” he says, “and there is evidence that the Government is genuinely committed and there is a commission which is under the Prime Minister’s chairmanship to tackle corruption.”