The May 2010 presidential election in the Philippines heralded a new government, representing a new direction and a renewed sense of hope for this resilient nation of warm smiles and optimism. 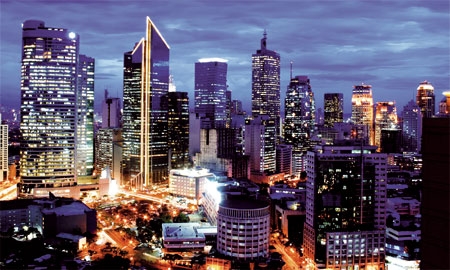 The May 2010 presidential election in the Philippines heralded a new government, representing a new direction and a renewed sense of hope for this resilient nation of warm smiles and optimism.

Benigno Aquino III’s resounding victory was the first strong sign of support for the candidate who hails from a family of well-loved politicians that have followed the line of ‘people power’ and opposed martial law. His record-breaking margin of over 5 million votes also suggests that the country is on track for a period of political stability, a fact not gone unnoticed by the international business community; the elections were soon followed by a spike in investor confidence.

President Aquino is holding true to his campaign platform of “no corruption, no poverty”.

“As the son of two people who dedicated their lives for democracy, I intend to use what I’ve learned from my parents in leading our country towards progress,” says President Aquino. “I am determined to govern with transparency and accountability, and to show our people that through simple and practical means, we can effect change.”

“Our battle cry during the campaign was: ‘Kung walang corrupt, walang mahirap.’ It simply means that we’ll work to significantly reduce poverty and corruption during my term,” he explains.

The new administration has already taken immediate steps to make the government more transparent and the “Zero-Based Budgeting” approach has been implemented to oblige all government agencies to justify their projected expenses in order to limit their spending to the absolute minimum.

Herminio Coloma Jr., Secretary of the Presidential Communications Operations Office and member of the late President Corazon Aquino administration, reveals that President Aquino has put himself at the nation’s disposal, truly believing in the presidency as an office from which he can uphold the mandate of the Filipinos.

“Despite the tremendous power his office holds, he would like to project openness, approachability and be someone people can relate to. The people of the nation are like the customers and the government is here to serve,” he explains.

Backed by positive GDP growth (2010 saw a 7.3% rise – the fastest pace since the mid-1970s – and forecasts for the current year hover between 5-6%), President Aquino is portraying a bolstered image of the Philippines to the world, and the world is watching and listening. New investment laws offer better guarantees, yet are balanced by the government’s focus on sustainable development in all areas, especially where natural resources are concerned. This improved business climate is crucial in the government’s plans to harness the power of the private sector through partnerships to address needs that the state budget cannot cover on its own.

“The country’s message overseas is that the Philippines is once again open for business as a responsible and dynamic member of the community of nations,” says President Aquino. Mr. Coloma agrees: “It is a land of opportunity, wealth and competent and professional people who can grow businesses.”

The agricultural sector, formerly the country’s economic backbone, has taken a smaller role in the shadow of the growing high-tech sectors as well as BPO and other services. Nevertheless, agriculture accounts for 14% of GDP, and is receiving renewed attention in an effort to increase food self-sufficiency and relieve poverty in the archipelago’s rural areas. The state-owned Land Bank, for example, is implementing the Department of Social Welfare and Development’s conditional cash transfer (CCT) program, from which some 1 million people currently benefit. In 2010, the government budgeted over $231 million for the CCT program, a figure that is expected to more than double by the end of this year.

The Philippines is relying on public-private-partnerships in order to improve its infrastructure with a view to become a regional logistics hub. Better roads, bridges, electricity networks, etc. will also enable the tourism industry to grow. In a tidy spider web of interconnections, tourism is also expected to grow thanks to the country’s burgeoning casinos and integrated resorts, which in turn are paying into the government’s social development programs.

“We’ve streamlined business registration, improved power supply, instituted reforms and issued policies to fight corruption, and established closer coordination between the national and local governments to improve the investment climate, even in the countryside. We now have a government that is sincere and is determined to pursue its commitment to move forward in broad daylight, where everything it does and how it does things will be clear, honest and transparent,” says President Aquino.