Article - July 30, 2014
With the U.S. and the Republic of Congo having worked together on issues such as strengthening regional security, improving the health of Congolese citizens and safeguarding the environment, the two countries’ relations are positive and cooperative. 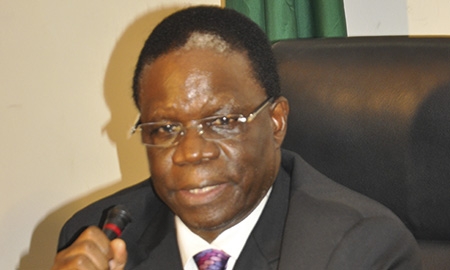 Budding entrepreneurs like Adon Madi personify the friendly and constructive relationship that the Republic of Congo and the United States currently enjoy. As part of the White House’s Young African Leaders Initiative, known as YALI, Mr. Madi had the opportunity to visit Washington DC, where he hoped to link up with businesses that are active in his hometown of Brazzaville, which is where he owns a cleaning company that focuses on commercial clients.

“Entrepreneurship helps to create a better world,” he says, “It allows an individual entrepreneur to unlock his or her full potential and to actually bring the talent that he has for the service of the community.”

The current level of openness did not happen overnight. From its independence in 1960 through the end of the Cold War, the Republic of Congo built up ties with the Soviet Union and its allies, while pursuing socialist policies at home.

Following the decline of communism and the country’s first democratic election, in 1992, the United States and the Republic of Congo have cooperated notably on domestic and regional security, as well as on humanitarian issues and the environment. The productive diplomatic ties have, in turn, helped foster increasing private sector and civil society activity. Today, three more Congolese youth have been selected to take part in YALI, but this represents just a small, if significant, part of the dynamic relationship that links the two countries. Collaboration through successive governments on both sides has helped foster cooperation and mutual understanding, which has produced positive results on a number of fronts.

As a relatively stable democracy in a volatile region, Congo has become an increasingly integral partner in U.S. efforts to promote regional peace and security, particularly in the neighboring Democratic Republic of the Congo and the Central African Republic. As evidence of this rising partnership, the United States and Congo signed an agreement in March of this year, providing the Congolese military with $60 million in material assistance, as part of the U.S. Support Mission to the Central African Republic, known as MISCA.

The two countries have also found common ground in preserving the republic’s vast swath of tropical rainforest. Nearly 85,000 square miles of the Congo rainforest – the second largest rainforest in the world, after the Amazon – lie within its borders. For generations, millions of the region’s inhabitants have depended on the forest for survival, as have countless species of plants and animals, including unique and threatened species like forest elephants, gorillas, chimpanzees and bonobos.

With turbulent governments covering or bordering much of this forest area, Congo has stepped in as a reliable partner in U.S. and international efforts to preserve this irreplaceable resource. The U.S. has contributed tens of millions of dollars to this effort, in partnership with the Congolese government and international organizations.

Congo has been honored by the non-governmental organization (NGO) Save the Elephants, and has signed on to numerous international environmental treaties, including the Kyoto Protocol on climate change as well as agreements on endangered species, biodiversity and tropical timber, to name a few.

Bilateral cooperation has also produced significant strides in the crucial area of public health. This year, at the behest of the President of Congo, Denis Sassou Nguesso, the U.S. NGO Mercy Ships sent the Africa Mercy and her crew of more than 400 medical professionals and volunteers from more than 35 nations to provide critical services and training to improve the local capacity of the Congolese health system. The crew performed more than 1,500 surgeries and nearly 2,000 cataract removals in the floating hospital while docked at Pointe-Noire. The Africa Mercy also served approximately 10,000 dental patients, mentored 40-50 local medical professional and trained hundreds in specialized courses.

Trade relations have been growing as well. With significant petroleum resources, Congo plays host to a number of international energy companies, many of them American, and the United States is also the third-largest purchaser of oil produced there. While oil now accounts for the lion’s share of trade between the two countries, the U.S. granted Congo preferential trade status under the African Growth and Opportunity Act, opening the door to continued growth and development.