Article - January 23, 2013
Thanks to the Spanish entrepreneur, Julian Barceló, since 1930 Barceló Rum has become one of theworld’s most prestigious drinks and is now marketed by BEICA, a Spanish-Dominican consortium based in the beautiful Caribbean city of San Pedro de Macorís 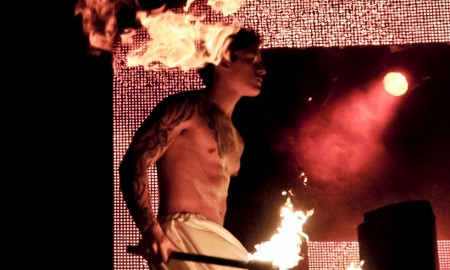 Sugarcane came to America with Columbus’s second voyage in1493. A certain Julian Barceló was then to reach Caribbean lands almost 436 years later, in 1929. He went in search for a dream: to turn sugar cane into rum. And in 1930 he was to found Barceló & Coin the city of Santo Domingo, turning his dream into a fun emporium. And so the rum industry started life withvibrancyand flavour. The brand’s unstoppable development immediately made it a benchmarkthat was to ensure its futureas one of the most prestigious Dominican enterprises.
In the 80s, Barceló Rum topped the list of favourite national rums and the company realised at that point that its destiny was to venture beyondthe borders of the Caribbean and America, so in 1992 the company began a process of internationalisation with spectacular results. In 1994 Barceló Rumwas being exported to over ten countries, with Spain becoming the first in line of all its markets.
A Spanish-Dominican Consortium
Today Barceló Rumis produced at the Barceló Export-Import plant in San Pedro de Macorís, a province located in the heart of the cane-growing area, in the eastern part of the Dominican Republic. The manufacturing plant is exclusive to Barceló Rum, and BEICA is a consortium formed by the Dominican families Barceló Díaz and García, along with a group of Spanish businessmen with a splendid and distinguished record in spirits production and marketing. The company is headed by Alberto Nogueira, CEO, and Vinicio Subero as BEICA’s sales director. From the company’s position amongst rum exporters and importers,the company’s2 million cases sold in over 50 countries make a significant contribution.
Barceló Rum production begins by obtaining alcohol from the most careful selection of cane grown in San Pedro de Macorís. Oncethe alcohol is properly balanced, the American white oak barrels, previously used for aging bourbon in Kentucky, are then filled up. Then the natural aging process takes its course, where only time and the ideal weather conditions of temperature and humidity, typical of the Dominican Republic–and so familiar to the many tourists and travellers from Spain –are the basic conditions which producethe quality standards ofBarceló Rums.
All processes are monitored under the strict surveillance of everyoneinvolved, under an integrated quality management system with ISO 9001 and 14001 certification, all the way from ethyl alcohol through to packing. This is the first rumin the Dominican Republic to obtain both certificates, as well as other qualifications which give the productworldwide recognition of its outstanding quality, andspecifically of BEICA, its production plant.
Barceló Rum has been played its role at the most significant moments of Dominican history in the century just passed, contributing to business and community development by creating direct and indirect employment, and introducing initiatives such asan area at its production facility which tells the story of sugar cane in the Republic. So,the Barceló RumHistory Centre, for instance, is designed to promote not only the brand but also the ancient Taino culture through the exhibition and study of ancient and original exhibits related to the rum industry, using modern resources to explain how this rum is produced, right from the extraction of juice from the sugar cane,through to packaging and storage.
International visitors coming to theSan Pedro de Macorísplant will become the brand’s best ambassadors and, of course, loyal consumers of the various different ranges of this rum back in their home countries.
Spain, the largest consumer
Barceló Rum produces 2 million cases a year, of which 50% is sold in Spain and the remainder is shared between the Dominican Republic and the rest of the world. So Spain is still the largest worldwide consumer of Barceló Rum today. MatureBarceló Añejo sells the best of all the ranges. However, day after day consumers are becomingmore and more expert and looking for new flavours which they’vefound in the Premium line: Gran Añejo, Gran Platinum,Imperial and30th Anniversary Imperial Premium Blend.
In addition to Chile, where Barceló Rum is leader in rums, there are many other countries where this rum is way high up in the ranking for spirits: Uruguay, Peru, Guatemala, Honduras, Panama, Bolivia, El Salvador, Haiti, Mexico, Colombia, Puerto Rico, United States, Canada, the Virgin Islands, Russia, Italy, Sweden, France, Holland, England, Czech Republic,and Portugal.
Barceló Rum bottles are manufactured mostly in Europe (especially Slovenia) and in Central America, from where they’re imported into the Dominican Republic.
Here are some ways you can enjoy it:
* 30th Anniversary Premium Blend. Drink it sip by sip, at a cool temperature and in the right glass.
* Barceló Imperial. Try it neat in a brandy glass, with 1 or 2 ice cubes with water or mineral water, at a temperature not over 25 degrees.
* Gran Añejo and Grand Platinum. We recommend you to try this last one with a slice of ripe lemon. Mature Añejo blends beautifully for traditional drinks with cola or your favourite mixer. El Dorado and el Blanco are recommended for great cocktails where you need a light rum.