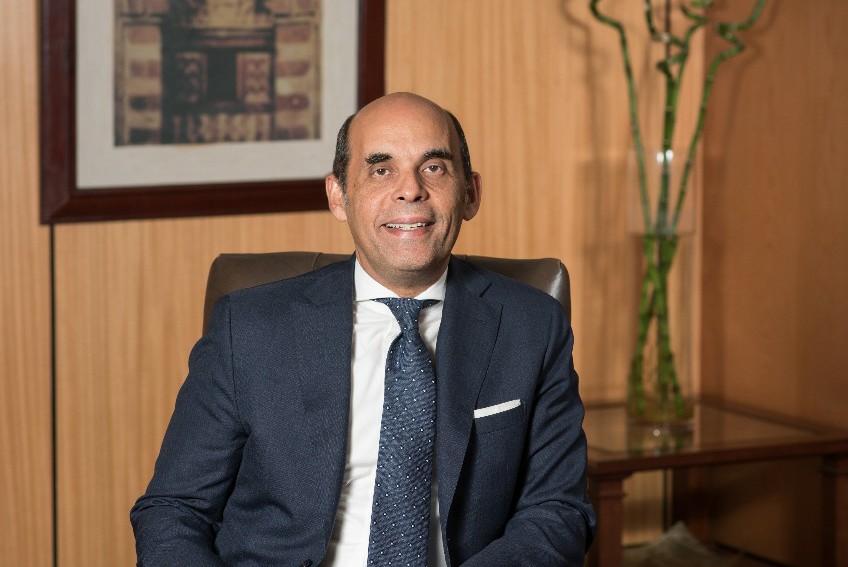 For more than six decades, Banque du Caire (BdC) has been the first port of call in the Egyptian financial services sector and today plays a leading role in the nation’s Vision 2030 plan – in part by pumping financing into SMEs and micro-finance sectors, while also remaining a key financier to some of Egypt’s largest blue chip companies and infrastructure development mega-projects.

Following the appointment of Tarek Fayed as Chairman and CEO in January 2018, BdC’s new board approved a five-year strategy that includes expanding its domestic branch network and regional presence, upgrading its infrastructure, enhancing digital services, promoting financial inclusion and expanding its SME loan and microfinance portfolios.

So far the adoption of the new strategy is already paying off, with BdC achieving net profit of EGP 2.5 billion ($144 million) in 2018 versus only EGP 800 million in 2017. In 2018, BdC also achieved growth rates of 105 percent in SME financing and 97 percent in micro-financing, supporting the Central Bank’s target of having 20 percent of all lending directed towards those segments by the end of 2019. Today, microfinance and SME loans comprise some 15 percent of BdC’s total loan portfolio.

“BdC is the microfinance leader and pioneer in Egypt, distinguishing itself from other commercial banks in the market, with a market share of 25 percent. To capitalize on our leading position, we have developed a successful, well-controlled model of servicing a profitable microfinance customer base and we continue to see this as a key segment going forward,” says Tarek Fayed, Chairman and CEO of Banque du Caire.

With 222 branches and 7,500 employees in Egypt, BdC is one of the oldest and most-respected financial institutions in the country and one with a clear vision of the direction in which the sector needs to head to meet the demands of an increasingly digital society.

“We are planning to offer our clients a well-diversified suite of products that will enrich their banking experience, rolling out innovative solutions in addition to state-of-the-art technologies and digital platforms,” says Mr. Fayed.

“At the heart of our strategy is a renewed focus on developing world-class, customer-centric value propositions, transforming our service models by focusing on innovation and digitalization.”

In light of Egypt’s efforts to serve a sizeable unbanked population, despite widespread internet penetration and a booming mobile phone market, Mr. Fayed notes the sector is ripe for expansion: “The Egyptian banking sector is flush with liquidity and our strategy is to establish BdC as a fully-fledged universal bank that caters to clients’ needs and recognizes achievement while also building up value across every facet of our community.”

As part of its financial inclusion strategy to tap into and develop the unbanked population, BdC aims to add 90 more branches across Egypt over the next three to five years, as well as launching internet and mobile banking services, enhancing mobile wallet services for its customers and expanding its ATM network.

Outside of Egypt, the bank also plans to expand its footprint in the Gulf, where it has established a representative office in the UAE to serve the entire Gulf region.

“Egypt has strong bilateral trade with the Gulf counties. We, therefore, aim to leverage on our presence in the UAE in order to open up new opportunities for our top-tier local corporates in Egypt who have potential to export goods and services to the UAE and the Gulf region. The office also plays a pivotal role in showcasing that Egypt is ready for foreign direct investment from the region in light of the enhanced investment climate and significant regulatory improvements that are now in place,” explains Mr. Fayed.

Another avenue for BdC is in fastgrowing Africa, where it operates its subsidiary Cairo International Bank in Uganda. Like BdC itself, its Ugandan subsidiary has also undergone restructuring overseen by a new CEO and new board that have laid down a five-year strategy to strengthen BdC’s African network.

“We aim to use our subsidiary in Uganda as a hub for opening new business opportunities in east Africa, and to also improve the bank’s position in the next three to five years to be among the top 10 banks in the market,” says Mr. Fayed.

With the launch of its five-year strategy, BdC’s transformation is well underway. But to ensure its continued success in the medium to long-term, the bank is planning to go public, staging an IPO with a free float of up to 49 percent of its shares on the stock exchange. “We have to tap all business venues. So, we have very strong plans for growth in the next phase and we believe that the IPO will greatly help us to achieve these objectives,” Mr. Fayed explains.