Article - October 17, 2011
The humble banana is a major contributor to the economy, with Dole Food Corporation a leading producer – both in terms of numbers and production methods 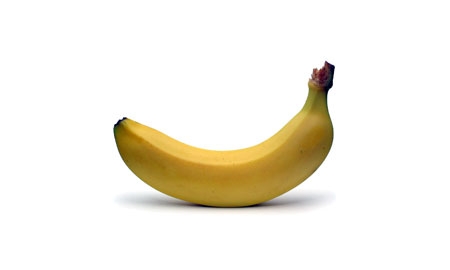 It is hard to exaggerate the importance of bananas to the world in general, and Ecuador in particular. Bananas are the fourth most important staple food crop in world food production, and a primary source of income to the Ecuadorian economy, second only to the revenue produced by oil. The banana industry provides jobs to some 2.5 million people, or more than one million families. The country is well known as the world's premier exporter of bananas, which are available all year round thanks to the zero degrees latitude upon which the country sits.

The majority of bananas exported around the world depart from Guayaquil, which is perfectly positioned geographically and logistically to best harness the fruits of Ecuador’s agrifood sector. The city is nestled on the Pacific coast in the west of the country within the province of Guayas – also one of Ecuador’s major banana producing regions. Last year more than 265 million boxes of banana were exported, representing an income of US$1.900 million. This makes the banana the private sector’s leading export product, forming 3.84% of the country’s GDP.

Bananas were first cultivated in the 1700's, but only became a major export item for Ecuador after World War II when multinationals such the American Dole Food Company established a presence there. Working hand- in-hand with the Union de Bananeros Ecuatorianos (UBESA), Dole is the world’s largest producer of fruit, vegetables and flowers.

As some 325,000 acres or 130,000 hectares currently exists in the planting allocation of bananas in Ecuador, it is essential that companies like Dole engage in sustainable environmental practices so as not to deplete the land. In fact, Dole prides itself as an innovative and entrepreneurial company which implements sustainable environmental practices wherever it can. The company not only looks for quality bananas, but for produce that has been produced to standards that maintain and preserve the environment.

“We consider a fundamental part of the whole process of reduction of environmental impacts, to monitor and control continuously and consistently in all our activities and, thereby, reducing the incidence of those areas that could produce significant environmental impacts,” states the company.

In addition to using conventional agricultural production methods, Dole has been exploring alternative growing methods to provide consumers with a choice as to how their bananas are grown. At the forefront of this initiative is Dole’s Certified Organic Banana Program. In many ways, Dole acts as a leader in the agricultural industry with its research into soil fertility, biological disease and insect control. The company constantly seeks alternatives to synthetic chemicals in their production methods, even for conventional bananas. Since the 1980s, Dole’s pest management controls have been integrated with cultural methods to reduce the use of chemical products, and some techniques have eliminated the use of chemicals altogether. Dole continues to investigate new, non-chemical methods to protect crops, and works to implement these procedures as quickly as possible in their farms.