Bader Al-Kharafi, the face of the new, dynamic wave of Kuwaiti enterprise 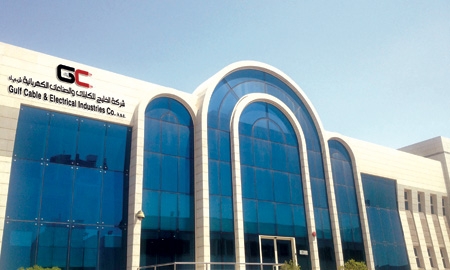 Afresh generation of young leaders, business people and entrepreneurs full of drive, vision and commitment are combining traditional values with international standards to propel a new era in doing business in the State of Kuwait.
So how would one of the country’s – and indeed the region’s – leading businessmen describe his home nation and its burgeoning private sector? “To be honest it is not at all about the oil; it is about the people,” says Bader Nasser Al-Kharafi, Director of the Group Executive Committee of the Mohammed Abdulmohsin Al-Kharafi & Sons Company (MAK Group). “Kuwait has a unique set of characteristics that sets it apart and well ahead of its neighbours, with its high level of education, rich diversification, and the strong relationships it has with the majority of other countries in the world. This really makes us proud to be Kuwaiti.”
In addition to adding dynamism and diversity to Kuwait’s economic base, by encouraging the private sector to act on its initiative and instincts the country’s employment opportunities are also expanding. Last year the civilian job sector in Kuwait expanded for the third year in a row following the global economic slowdown, recording a solid increase of 4.4 per cent, with almost 3,000 more Kuwaitis obtaining employment in the private sector by the end of the year, according to the National Bank of Kuwait (NBK).

Another notable trend evident over the past two decades has been the rising participation of women in the workforce. The proportion of 30-34 year-old women in employment rose to 84 per cent by the end of 2012, compared to just 59 per cent in 2002.
“Kuwait prides itself in its broad and all-encompassing level of involvement, be it from a financial perspective or in terms of education, health, volunteerism and charity,” says Mr Al-Kharafi. “Kuwait is involved in many things but since it is situated in the Gulf, a lot of people have the misconception that it is merely an oil exporter.”
People-centric family values

Mr Al-Kharafi’s entrepreneurial spirit of constant improvement and innovation is representative of the ‘can-do’ attitude that pervades the nation’s private sector. Resolutely patriotic yet global in his outlook, his strong family values and pride in his Kuwaiti traditions keep him grounded in reality and open to the broader picture when it comes to international business opportunities.

He attributes such well-rounded characteristics to being inherent to the legacy left by his greatly respected father, Nasser Al-Kharafi, who passed away in Egypt two years ago and was regarded as a shrewd but fair businessman and philanthropist in international business and leadership circles.

“There are many valuable lessons I have learned from my father,” says Mr Al-Kharafi. “The model that he proved time and time again to be vital to success is: people, honesty, and making sure you deliver. We are known for our credibility, so we will never put our name on something unless we know we can do it at the level of quality associated with us.

This, in turn, creates loyalty, and loyalty comes from the people again. If you look at the majority of our team, you might find some people whose length of employment exceeds my life since birth; they remain loyal employees to this very day. That shows you the strong-rooted loyalty of the team.”
International reach

The Al-Kharafi name stretches far and wide, carrying considerable weight and prestige. Established as a contracting company in 1956 by Bader Al-Kharafi’s grandfather, Mohammed Abdulmohsin Al-Kharafi, the business aggressively expanded its activities to become one of the largest conglomerates of its kind in the world. Subsidiaries of the MAK Group now include leading entities in engineering, construction, manufacturing, investment, hospitality, petroleum, water, chemicals, and energy. It has more than 120,000 employees and is present in 25 countries in Africa, Asia, Europe, Central America and the Middle East, particularly in Egypt.
“As a group investing in Egypt, we were never really tied up with a particular party or any certain regime. We really believed in Egypt as a country with a large population consisting of many educated and highly skilled people,” says Mr Al-Kharafi.

“We are probably one of the few companies that have 100 per cent ownership in our entities in Egypt. The country transformed drastically, but we are still there. There is a real opportunity for work there, regardless of the regime.”
“As a group, we are very well established in the entire region, not just in Kuwait. I think the big names and companies in the UK want this exposure through people who have the required know-how, expertise, and professional establishment within the region.”
Appreciating what the MAK Group can bring to the table for mutually beneficial international joint ventures, Vodafone joined forces with the conglomerate’s Zain Group, a leading telecom company in the Middle East and North Africa (MENA).

Present in eight countries and with more than 44 million active customers, this year the Zain Group is celebrating its 30th anniversary as the first mobile telecom operator in the MENA region. For the first six months of 2013, it generated consolidated revenues of KD612 million (£1.38 billion), and the company’s consolidated EBITDA for the same period reached KD265 million, representing a healthy EBITDA margin of 43.3 per cent.
The Zain Group invests heavily in technological advances to stay ahead of the curve and pioneer new services in the market. “We introduced some new technologies and services before Europe and some other countries, including the United States,” comments Mr Al-Kharafi.

The multi-country partnership substantially expands Vodafone’s presence in the Middle East and provides Zain with greater access to the UK-based company’s global footprint, thereby increasing the consumer reach of both companies. “We are considered by many to be the go-to telecom company in most of the regions and countries we operate in,” he says, adding that they now have acquisitions and investing in ISPs in their sights, and always with the right people.
Multitasking

In addition to being Director of the Group Executive Committee of the MAK Group, Board Member at Zain and Board Member at Gulf Bank, Mr Al-Kharafi currently holds office as Chairman, Vice-President and Board Member of several enterprises that are part of the family business, including Chairman and Managing Director of Gulf Cable and Electrical Industries Company.
Established in 1975 with the objective of meeting growing demand for quality wires and cables, Gulf Cable always aims to produce the best products available, stating: “While most of the cable manufacturers in the Gulf and Middle East region settle for ISO 9002, we stand out with ISO 9001 which recognises our ability for design and development as well.”
Gulf Cable was badly hit by the 1990 Iraqi invasion, but the Al-Kharafi family were determined to see it bounce back and true to form focused on technology and innovation to do so. As such, they procured the most modern and sophisticated machinery and test equipment to restore its full product range by mid 1992 and go on to expand across the MENA region.
Outside the Kharafi Group, Mr Al-Kharafi’s duties include his role as General Manager of Al-Khair National for Stocks and Real Estate Co; Board Member of the Refreshment Trading Company (Coca-Cola); and Vice-Chairman of UNIEXPO, Kuwait. He is also Board Member of INJAZ Kuwait, a non-profit, non-governmental organisation driven by Kuwait’s private sector.

Through strategic partnerships with Kuwait’s business and education sectors, the organisation delivers educational programs on entrepreneurial and leadership skills aimed at inspiring and educating future generations. Since 2005 INJAZ Kuwait has reached over 25,000 students, and with the help of 800+ qualified and dedicated volunteers at more than 25 schools and universities.
“I am always up for challenges and risks, mainly because I was introduced to the business at a young age. Throughout my extensive experience I have witnessed a lot of resistance and faced tough competition, which makes subsequent success much more satisfying,” says Mr Al-Kharafi. “I like to make sure that I make the first step to become a pioneer, early adopter, and be the first to push new technologies and capture the right opportunities.”