Article - October 25, 2011
Rich and varied mineral deposits have piqued interest around the globe 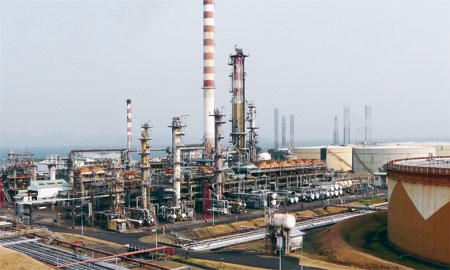 OIL AND GAS RESERVES MAY BE MODEST COMPARED TO THOSE OF NIGERIA, BUT CAMEROON HAS VAST MINERAL RESOURCES FOR INVESTORS TO DIG INTO
SHARE

Of all Cameroon’s economic sectors, that which is most set for a dramatic take-off is mining. Cameroon is a virtually unknown landscape of rich mineral deposits that have had no historical commercial exploitation. Abundant reserves of cobalt, nickel, iron ore, bauxite and manganese, along with gold and diamonds, have lured a multitude of international mining companies to the country over the past decade as rises in global mineral prices spiked renewed interest in its untapped potential.

The Economist Intelligence Unit (EIU) says that higher investment and mining output will raise GDP growth to 3 per cent this year, and 4.3 per cent in 2012. Investment in mining grew considerably in 2010 and with several mines expected to begin production this year this growth will be supported into 2012 and beyond. Investment in timber, mining, gas and construction (a sector that will be driven by new infrastructure and mining projects) will form the new basis of Cameroon’s non-oil revenue over the medium term, according to EIU.

Minister of Industry, Mines and Technological Development Badel Ndanga Ndinga believes that mining growth will contribute significantly to Cameroon’s ascent to emergent country status by 2035. He says that Cameroon boasts a competitive and attractive mining code and points out that 60 per cent of the country is still unexplored. Such factors, along with a progressive infrastructure development policy, will create a sector that will be a reference point in Africa’s mining industry.

Indeed, Cameroon has some of the world’s leading cobalt deposits, with the Nkamouna mine, the largest known primary cobalt deposit on the planet, set to bring in revenues that equal those of the coffee and cocoa industries. In addition, C & K Mining Inc., a joint Cameroon-Korea company operating near the border with Congo-Republic, says the probable diamond reserves at its mine, estimated at some 736 million carats, will make Cameroon a leading diamond exporter in the near future.

But Cameroon has much more to offer apart from cobalt and diamonds. By 2009, the Government had issued 87 exploration licenses for the exploitation of solid minerals and international consortiums are now busily exploring or beginning the production of a range of minerals.

In addition to the 21-year Nkamouna mine project, operated by the US-based Geovic along with the National Investment Corporation of Cameroon, the country will also open cobalt, nickel and manganese mines in Mobilong.

Cameroon Alumina will begin bauxite extraction at Nagaoundal and Minim-Martap in northern Cameroon in 2013 and the company has included a community development programme as a part of its work programme. Exploration for iron ore is being undertaken by China’s Sinosteel in Mongmamel, while Australia’s Cameroon Iron Company will start to export the mineral from Mbalam by 2013. Global leader Rio Tinto Alcon has announced plans to construct an aluminium smelter at Kribi with capacity for one million tonnes by 2018.

As these companies prepare to bring productions on line, and as Cameroon’s budding mining sector draws in new investment and players, infrastructure development will be key. The remote location of the majority of the country’s mineral wealth and current projects means that dependency on road, rail and port infrastructure is, and will continue to be, high. With this in mind, the Government has allocated an increasingly higher percentage of the budget to infrastructure development, which comprises a central focus of Cameroon’s Growth and Employment Strategy Document.