Back on the growth path: a 5.4% GDP increase expected 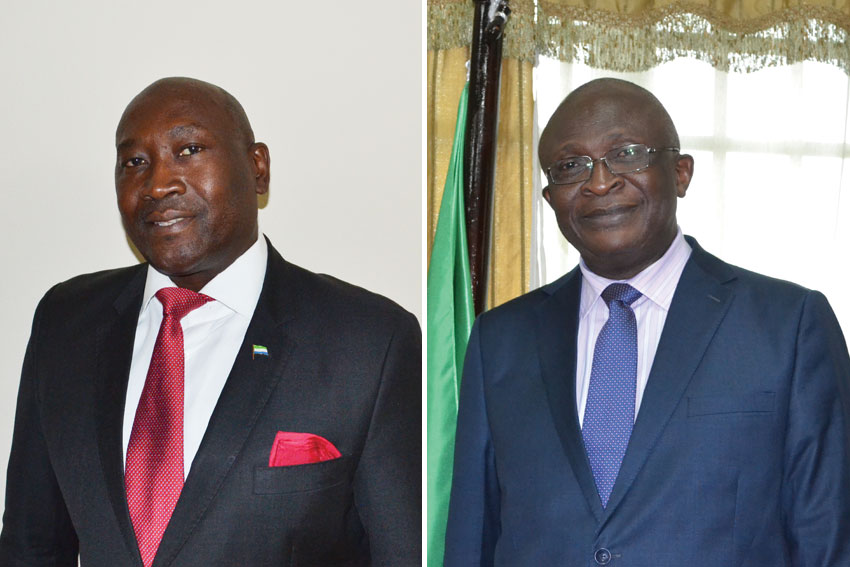 Until the outbreak of Ebola in May 2014, Sierra Leone – a country then still emerging from the devastating legacy of conflict – was seeking to become a transformed nation with middle-income status. However, when West Africa was struck by the deadly epidemic, a disease that ended up killing thousands of people in the region, no other nation suffered the shattering socio-economic consequences more deeply than Sierra Leone.

The epidemic strained already fragile public finances, and its direct and indirect impacts resulted in the destruction of some of the country’s post-civil war progress in human development. Schools were closed for eight months and public gatherings banned. When the crisis in the country was declared over in November 2015, Sierra Leone’s President Ernest Bai Koroma, a man who won a second and final term as leader in November 2012 and whose time in office prior to the Ebola outbreak was characterised by record economic growth, talked of the “devastating effect on the economy”. But in March 2016, the country was officially declared Ebola-free.

Ebola wasn’t the only shock that the country had to come to terms with recently either. In the midst of the outbreak, adverse global developments also affected Sierra Leone’s biggest economic sector: mining. Between 2014 and 2015, global iron ore prices declined by more than 60 per cent, contributing to the eventual closure of the mines that account for one quarter of Sierra Leone’s GDP and half of its exports. Combined with the Ebola virus epidemic, these developments contributed to an estimated 20.5 per cent contraction of the economy in 2015.

However, all is by no means lost, and amid the adversity, a new window of opportunity to rebuild the economy has arisen. Buoyed by the aid of international donors, the government has taken full advantage by making concrete plans, as outlined in its Economic Recovery Strategy (ERS).

At the conclusion of an International Monetary Fund (IMF) mission to Sierra Leone in September, mission chief John Wakeman-Linn hailed the government reforms so far under the strategy as “largely successful”.

“The economy proved resilient in the face of two major exogenous shocks: the Ebola epidemic and collapse of iron ore prices,” he summarised. “Sound macroeconomic policies, together with generous support from development partners helped ensure fiscal and external sustainability, while providing sufficient resources to begin implementing the post-Ebola Recovery Strategy. Since the last quarter of 2015, economic growth has resumed, and it remains on an upward trend.”

Indeed such is the upward trend that the government estimates a GDP increase of 4.9 per cent last year, rising to 5.4 per cent in 2017, 5.8 per cent in 2018 and 6.1 per cent in 2019, with growth mainly driven by anticipated escalation in iron ore production, agriculture, fisheries, tourism, construction, manufacturing and energy.

As Sierra Leone’s Minister of Finance and Economic Development Momodu L. Kargbo explains, the impressive pace of the recovery owes to the fast and decisive action that the government took in the wake of the crisis.

“Since the moment that Ebola was waning, our government started to plan the recovery and developed the National Ebola Recovery Strategy,” he says. “The first phase focused on the immediate recovery priorities in agriculture, health, education, private sector recovery and water and sanitation.

“To allow farmers to return to their farms, this administration, supported by our development partners, provided them with agricultural inputs such as seeds, fertilizers and tools. We re-opened schools and restored general health services. The government also expanded its social safety net programmes, including cash transfers to the hardest hit to avoid longer-term economic hardship.

“We encouraged the swift resumption of infrastructure projects that were halted due to Ebola, providing jobs and income together with investment activities which resulted in the resumption of export of iron ore from the largest mine.”

The second set of efforts, says Minister Kargbo, was focused on energy and water supply. “Our government provided fiscal support to the energy sector to complement the Bumbuna hydro dam, which increased the available energy and facilitated the growth of manufacturing and commerce,” recalls the finance minister. “We also continued the implementation of sound economic policies and public financial management reforms under the Extended Credit Facility supported by the IMF.”

Aside from the key macroeconomic policies that have seen Sierra Leone undergo this remarkable rise from the ashes (policies that the Bank of Sierra Leone has been instrumental in implementing), the country’s ongoing recovery can also be put down to something rather more simplistic, according to the central bank’s governor, Dr Kaifala Marah: inherent national resilience.

“We’ve bounced back each time we were confronted with a challenge: that is what characterises and defines us as a nation,” says the governor.  Indeed it was only 14 years ago that Sierra Leone had to pick itself up after a long and brutal civil war that ravaged the country and its infrastructure, but just as it is doing now in the aftermath of Ebola, the country somehow managed to doggedly get back on its feet.

“Following the war, we were clear in the goals we wanted to achieve by following President Koroma’s Agenda For Prosperity,” says Dr Marah. “We improved our infrastructures, the available electricity multiplied, the GDP was growing faster every year. However, Ebola came and we experienced a dramatic drop of 20.5 per cent in our economy. We are just now being able to recover, and that says a lot about our resilience.”

“The key element that will push our macroeconomic clearance efforts is to find a way to get as much investment as possible into the country,” stresses the governor. “For that, we need to ensure a stable economic situation, which involves different targets: first of all, we need to keep inflation low. We also need a stable exchange rate, that we will achieve once the commodity prices rise again. Once we achieve all the macroeconomic fundamental goals, foreign investors will come by their thousands,” he adds confidently.

“Our economy is now under austerity measures, meaning we need to be more prudent and expend our resources more wisely,” says Henry O. Macauley, Minister of Energy. “The only way we can get our economy [of austerity] is by increasing consumer confidence and make our people spend their money. For that, products must be affordable. How do you make products affordable? If the cost of the product is sufficiently low to make the price competitive.”

The IMF has pointed out that, going forward, the government recognises that macroeconomic policies alone will not create the jobs needed to achieve durable economic progress.

“As such, the immediate focus of the ERS on health, education, and social safety nets should help improve human development and labour productivity in Sierra Leone,” says Iyabo Masha, the IMF’s Resident Representative to Sierra Leone.
“Medium-term Economic Recovery Strategy plans, together with the longer-term Agenda for Prosperity could drive investment and employment creation. With improvements in labour productivity, private sector investment and infrastructure upgrade, new sources of growth would complement recovery efforts. Sierra Leone could therefore progress towards its goal of becoming a middle-income country by 2035.”

Some sectors of the economy including agriculture, fishery, tourism and port services are already well placed to drive the next era of growth, with the agriculture sector in particular poised to benefit from ongoing and planned reforms, adds Ms Masha.

“The focus on niche tourism as enunciated in the government’s tourism recovery plan could also put Sierra Leone on the international map while generating substantial foreign investment and employment.”