Within the scope of the KDP—the first plan of its kind since 1986—Kuwait aims to increase private sector participation and overall competition. In order to expedite this, the government has passed the Privatization and the Build-Operate-Transfer laws and is encouraging private-public partnerships (PPPs), specifically through the Partnerships Technical Bureau (PTB). 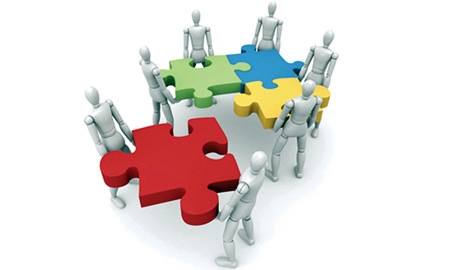 PTB’s vision is to encourage the private sector’s participation in development projects considered vital for the national economy.

“Most of our projects are services that the government used to provide directly, but we are now providing these services through partnerships with the private sector,” explains Adel Al-Roumi, president of PTB.

Prime Minister Sheikh Nasser Al-Mohammed Al-Sabah stresses the importance of the private sector in shaping the new Kuwait. “The Kuwaiti private sector is highly efficient and has proven its strength at home and abroad,” he says.

When referring to the attainment of the H.H. the Emir’s Vision he emphasizes the role of foreign players: “This step requires opening up to the world from east to west, attracting foreign investment, learning from the experiences of different countries, and exchanging expertise, especially in the field of technological development.”

PTB has launched 23 projects in wastewater and solid waste management, electricity, and renewable power, among others, to both foreign and local investors, yet the greater the value of the project, the greater the preference Kuwaitis receive.

“We’ve divided the projects into three areas,”  says Al-Roumi. “First, there are projects valued at $217 million and under. Depending on the technical nature of these projects, they will be tendered on a competitive basis and if there isn’t a huge requirement for a technical background, it will be a purely financial competition. For projects between $217-906 million the law states that Kuwaiti companies must own at least 40% and for projects of $906 million and over, they have to be fully Kuwaiti owned.”

The KDP’s implementer, Sheikh Ahmad Al-Fahad encourages U.S. investors to enter Kuwait, though he cautions patience. “I know it will be a little slow at the beginning, but the best opportunities will be obtained by those who come first,” he says. “I think this is the right time for American companies to come over and partner with us.”

Sheikh Meshaal, chief of the Kuwait Foreign Investment Bureau (KFIB), highlights various sectors where U.S. investors could participate. “There are several opportunities that present themselves for American companies in widespread activities relating to utilities, environment, renewable energy, R&D, electronic industries, metro, railway, airport and ports development, healthcare, and logistics, among others,” he says.

Currently under development, the 106-mile Kuwait Metro Rail mega project is intended to reduce escalating traffic problems in Kuwait City. At a cost of approximately $9 billion, the metro will have three lines and 40 miles of underground tunnels. Tenders for each individual line will be released in 2012.

Kuwait is also planning a cross-country railway that will link it with the other GCC countries, thus creating an entire railway network across the six states.

“There are three main rail projects: Eurasia, Mishref and GCC,” explains Hussain Al-Sayegh, chairman of the leading real estate company Aknan Global. “Kuwait is in the center of the plan; it is extremely important. In fact, one of the main depots is in Kuwait, so we are all looking forward to this as an indirect way of increasing revenue.”

In order to ensure relationships between foreign investors and Kuwait are beneficial and endure in the long run for local businesses and industries, the Kuwaiti government previously established the National Offset Company (NOC).

The concept of “offset” is an investment obligation, estimated at 35% of the net monetary value of a supply contract signed between a foreign company and Kuwaiti government entities. Offset directly helps in job creation and the transfer of technology and knowledge through long-term partnerships between foreigners and locals. Benefits are twofold: armed with knowledgeable partners, Kuwaiti companies are able to diversify the country’s economic base and strengthen local production capacity as a result of enhanced research and development potential and improved technical and managerial skills.

Conversely, foreign contractors gain the advantage of establishing and developing new business relations, growing a better understanding of the domestic market, and strengthening international production chains in Kuwait, and through the latter, the emerging GCC.

Although NOC is a government owned institution, it is run like a private sector business in the capable hands of Anwar Abdul Rahman Al-Jawdar, appointed chairman in early 2010.

Al-Jawdar introduced various changes upon entering NOC, the most important of which was to give foreign investors the upper hand in managing the Kuwaiti company they invest in.

“I want the foreign company, even if the amount it invests is less than the Kuwaiti partner, to be the leader of the company, not the Kuwaitis. This is the Offset’s objective—that Kuwaitis can learn,” he explains. “Also, nobody will put money in if someone else is going to run his or her business. Foreign companies have the know-how and the technology, and if they run the business themselves they will be satisfied that their investment is in good hands.”

Al-Jawdar is earnest in his commitment to form long-term, win-win relationships: “I am willing to make these partnerships successful. I aim to do this, and if I do not, I will resign.”

For KFIB, PTB and NOC, technology transfer, job creation and training are of utmost importance. Changes in the legal framework reflect Kuwait’s willingness to allow foreign investors to play a bigger role in the country’s development.

When explaining the facilities that KFIB provides to investors, which include protecting the right to transfer capital and earnings, Sheikh Meshaal says: “KFIB is entrusted with powers to grant several incentives to investors including tax holidays for 10 years, full or partial customs exemptions, the opportunity to set up a Kuwaiti company without a local partner with up to 100% foreign ownership, help with obtaining land, facilitating procedures and allowing hiring of needed foreign employees for the project.”