Article - September 12, 2011
ANTEL, the state-owned telecommunications company, aims to connect the majority of Uruguay to the information age 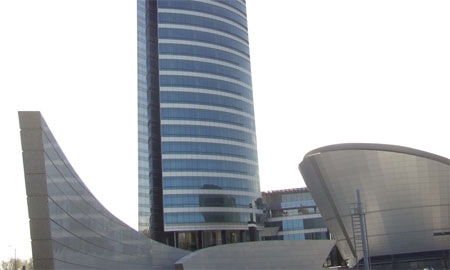 It should come as no surprise that in the world’s first country to achieve the ‘one laptop per child’ dream of Nicholas Negroponte, the national telecoms company is working to double Internet traffic speeds – at no extra cost to its customers.

Back in December, ANTEL, the National Telecommunications Administration, announced that new connectivity services for commercial purposes would have greater capacities in 2011, thanks to the deployment of fiber-to-the-home (FFTH) technology.

“ANTEL’s policy is to share every achievement with its customers right away,” explains Carolina Cosse, president of ANTEL.

Dating back to 1974, ANTEL is the leading force in Uruguay’s communications industry, providing fixed and cellular telephony, as well as Internet services.

One of the few public companies to survive the privatization movement of the early 1990s, ANTEL emerged strong and maintains its monopoly on landline phone services in the country. Although it does compete with private companies for cellular and Internet services, it still holds a dominant position over the market today, due in large part to owning the largest coverage and network. It closed 2009 with 1.7 million subscriptions to cellular services and 300,000 connections to ADSL.

In order to defend this privileged position, ANTEL will do all but remain complacent. The company will invest US$200 million this year, half of which will be destined to expanding broadband services and developingt the 4G mobile network. For the second half of 2011, ANTEL aims to bring fiber optic connections to 30,000 homes, a number that pales in comparison to the target of 240,000 households by 2012.

A great deal of the company’s energy is also currently being poured into a submarine cable connection under construction in collaboration with the Alcatel-Lucent/IT Telecom consortium.

The project will nearly pentuple ANTEL’s existing capacity, thanks to an intermediary repeater-free cable that will run the 155 miles between Maldonado, Uruguay and Las Toninas, Argentina. As the latter is the site chosen by all the region’s submarine infrastructures as the cable landing point, ANTEL will be able to hook up with all present and future supra-regional submarine infrastructures,thereby ensuring that the company will be able to keep up with demand, even if this grows exponentially.

Of its recent finished projects, ANTEL highlights the 2009 inauguration of the first Data Center in Uruguay. Now a national reference for business and corporate solutions, the Data Center boasts the most advanced technology available and offers high-quality technological support for a variety of areas, including the financial sector, ISPs, large businesses and IT companies, and the health and public sectors.