Looking for the next Silicon Valley of Latin America

Article - April 30, 2012
Creative industries are taking a main role in the reduction of Colombia’s unemployment rate 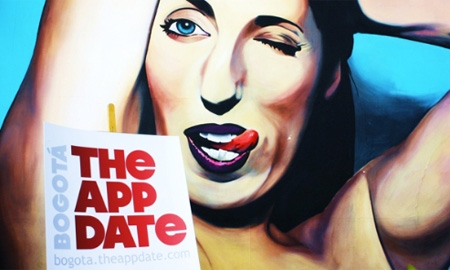 Colombia is well known internationally for its intense coffee, beautiful flowers, and important minerals. However, the intention of this administration is to add innovation, creativity and added-value industries to that list. Since President Santos arrived at the Casa de Nariño, he placed innovation as one of the five “locomotives” to achieve a sustainable and inclusive growth.

Starting in 2012, 10% of all royalties will be invested in innovation with the clear objective of creating more and better jobs. Minister of Telecommunications, Diego Molano Vega, presented in 2010 the “Plan Vive Digital”, aimed at connecting millions of Colombians to the Internet through broadband. Connectivity is the name of the game for Minister Molano, who used to have a VP position in Spain’s Telefónica.

Another key objective for Colombia is to compete in the global market in the production of applications and software. Creative industries are becoming a true generator of employment and a great source of income for thousands of Colombians. “We are witnessing with Telefónica and other companies that we join forces towards application development,” says Minister Molano.

ParqueSoft is quite a unique company that offers all kind of IT solutions that can be tailored to the needs of companies in a wide array of sectors. This year, Bogotá saw its first AppDate, a one-of a kind event aimed at promoting the use of applications and a way of teaching people that the app world can be very profitable. Another great source of employment are call centers and BPOs, which are creating thousands of well-paid jobs in cities such as Manizales, Barranquilla, Medellín and Bogotá.

Ana Karina Quessep is the President of the BPO Association and she travels constantly looking to see what other countries are doing. She agrees that Colombia has everything it needs to continue with this good momentum that the BPO industry is going through. While India and Ireland are still world leaders in the sector, Colombia is not too far behind and its geographic location, cultural proximity, and human resources provide the country with a good competitive advantage.

Gregory Fenwick
100% of 1
I think the U.S. clearly has a lot to learn from Colombia in ICT.