Sur International Investment Co Ltd, founded by Turkish investor Oktay Ercan, is a great example of private sector investment in Sudan. Companies owned by Oktay Ercan, under the name of OE Group, are increasing in number and capacity, which is leading them to seek partnership opportunities across the Middle East, and especially among the Gulf countries 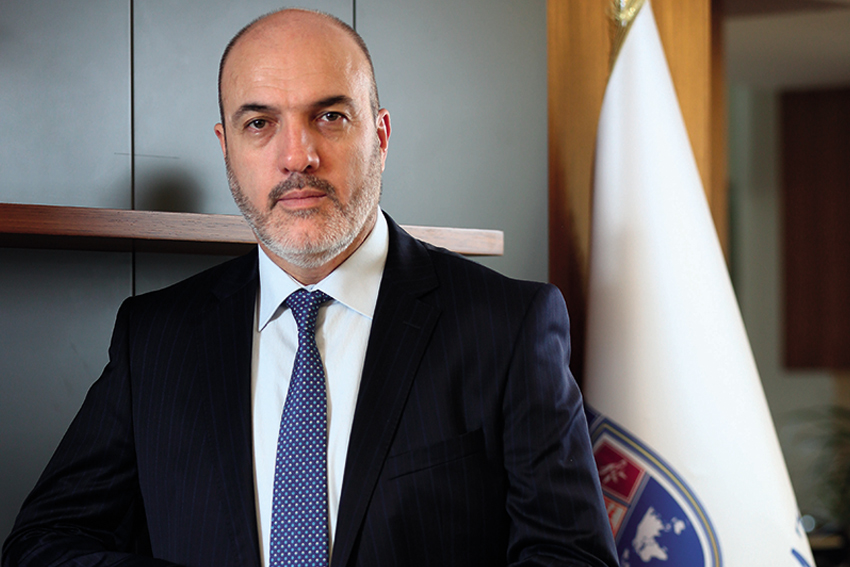 Founded in 2001 in Khartoum, the Sur Military and Civil Clothing Factory has become the biggest textile factory in Sudan.

The fully integrated military textile industry complex, which was opened in late-2014, is the biggest investment in its field.

“Twelve years ago we were producing military textile products, and our paths have since been intertwined with that of Sudan,” says Chairman of the company, Oktay Ercan.

“We established our factory at the invitation of the Sudanese Ministry of Defense in 2001. In the beginning our production capacity was 200,000 units per year, which has increased annually, to reach 1 million uniforms per year now”.

The big improvement in production has led to the opening of a second factory, as well as investments in machinery and equipment applying cutting edge technology.

“To supply our need for raw fabric we established a textile factory in partnership with the Sudanese Army. We bought a factory owned by the government, privatized it and established a fully integrated textile factory that includes a  weaving mill, filature, and coloring and sewing facilities, forming a big complex. It is called Sur Textile Mills.”

“We created new opportunities with the help of this project and increased the total number of employees from 1100 to 3500. Our production capacity will be 38 million meters of fabric.

“With our slogan ‘cotton to uniform’ we have established the first fully integrated military textile industrial complex in the world.”

Such improvements are not only benefiting Mr. Ercan’s developing company but also helping a country that aims to diversify business opportunities away from the oil sector.

Hence one can say that Sur Textile Mills has an important role in Sudan’s industrial and socio-economic development.

“The opening of a new modern factory will breathe new life into the Sudanese textile sector after the widespread closing of similar production facilities over the last 20 years.

This is really important for us as well as the country since it is a sector completely based on manpower.”

“If you take a closer look at the industrially developed countries all over the world, it is the textile industry that draws the most attention.

The textile industry is the best cure for unemployment because not only does it require a significantly large work force, but it also supports other sectors by creating new job opportunities.

It has the power to accelerate the food industry, service industries, the automobile industry and the health industry.

It serves as a vital investment for the overall improvement in a country’s economy”.

The development of the Sudanese textile industry will boost the production of one of Sudan’s top export products; cotton. 20 years ago, before Sudanese oil production took off, cotton was the country’s most important export.

The lack of investment in the cotton industry contributed to Sudan’s dependency on textile imports. But Oktay Ercan believes a change is in the air.

“As the textile industry improves, cotton production will also improve.

Because cotton is the main raw material used by the textile industry, our aim is to decrease Sudan’s dependency on textile imports, while at the same time increasing cotton export rates”.

“In June 2013 we became partners with the Qatari Armed Forces. Our investments and investment capacity has increased significantly”.

“We are trying to successfully combine opportunities in Sudan with Qatar’s financial power, and are working on establishing a profitable business area with the help of the management and know-how in Turkey.

With this partnership we believe we are going to set an example for other industries, such as agriculture and mining”.

Being one of the most important foreign investors in Sudan, the company’s success will draw the attention of other investors from around the Middle East.

“Our success will lead to new investments from different investors who are watching our progress here.

The investments made as a result of partnerships between the Gulf region and Sudan will be very successful.

I personally think that Gulf investors should come to Sudan and benefit from the opportunities here.

Sudan boasts natural resources and raw materials that are important prerequisites for a good investment environment”.

Aside from being a successful businessman, Mr. Oktay is well known for his respect for the country of Sudan.

He is the chairman of various companies that are active in areas as diverse as agriculture, construction, tourism and trade under the name of OE Group.

He is also an honorary consulate of Turkey and a member of the advisory board for Turkish citizens living abroad in the Middle East and Africa.