Always looking for the win-win situation

Article - June 28, 2012
Companies such as SGP INDELEC are determined to remain leaders in Algeria by improving their competitiveness through strategic international partnerships 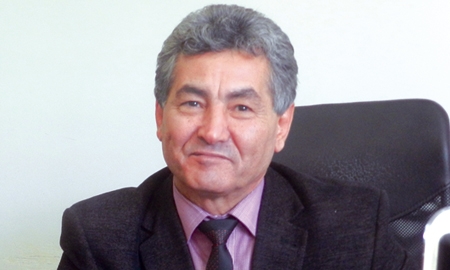 Algeria has a long tradition of manufacturing products to a high standard. Indeed, many Algerians will buy products labelled ‘made in Algeria’ in preference to imported goods, as local manufacture is seen as a seal of quality, durability and authenticity. It is also a hallmark that is in demand overseas.

According to the National Agency for Investment Development, the total value of Algerian exports rose from $19.1 billion (£12.3 billion) in 2001 to just over $57 billion in 2010. Domestic demand for goods and services, however, far outstrips homegrown supply, and total imports over the same period also rocketed from $9.9 billion to almost $40.5 billion in 2010.

European countries, such as France, Italy and Spain, are traditional suppliers to Algeria in a wide range of sectors, with Chinese and Turkish firms expanding their presence. For example, Algeria imported $460 million of information technology (IT) alone in 2010, 54 per cent of which came from China.

It is small wonder therefore that Algerian companies are increasingly interested in joint venture opportunities. UK partners who can modernise their factories or license technology are in great demand. In turn, despite the international financial crisis, UK firms consider Algeria’s emerging export market will carry on growing and, with domestic demand also rising, are increasingly eyeing potential partnerships with Algerian enterprises. Already many internationally branded products and services are manufactured, bottled, assembled or provided in Algeria.

“Historically, at the time of independence [in 1962], Algeria was exporting everything from mechanical goods to wine – such as 8 million hectolitres to France,” comments Mohamed Benmeradi, Algerian Minister of Industry, SMEs, and Investment Promotion. “But today, our industrial basis has been dismembered and we import a lot of consumer goods.”

Some Algerian industrial companies are the exception and still produce high quality consumer goods, such as SGP INDELEC, which is making every effort to remain a leader in Algeria by improving its competitiveness through strategic international win-win partnerships.

A state-owned group engaged in the manufacture and sale of electrical goods, INDELEC was originally founded in 1970 in partnership with General Electric. At the time, GE was seeking to establish manufacturing facilities in Algeria.

However, in the years following the group’s creation, it became clear that it was not possible to achieve the sales volumes required to justify a full-blown local manufacturing operation: consequently, a number of production facilities were shut down over time.

Today, INDELEC operates a number of successful subsidiaries covering a wide range of activities in the electronics and electrical domestic appliance sectors, many of which are market leaders. Its companies include ENIEM and ENIE, which manufacture white goods and consumer electronics respectively, such as refrigerators and TVs, hi-fis and home cinema systems.

Its two best-known brands, ENIEM and ENIE, together account for the vast majority of INDELEC’s annual turnover. The group has a strong balance sheet and is well positioned to invest in expanding its activities.

The strategy now for many ambitious Algerian firms is to leverage their existing strengths and at the same time to strike strategic partnerships with international companies.

INDELEC for one enjoys several advantages when it comes to attracting global partners. It benefits from a well-developed production capacity, spread throughout the country.

In addition, all the required manufacturing facilities are in place, and although some are in need of some modernising, they are ready to operate immediately.

INDELEC also has a strong nationwide distribution network and after-sales capability. The management of the group merged a number of its activities, such as sales and distribution, under ENIEM and ENIE, in order to benefit from both companies’ market knowledge, visibility and credibility. This measure enables both companies’ showrooms and sales forces to be combined, creating a unified brand with strong commercial appeal for customers.

Furthermore, there is an opportunity for Algeria to create strong links with its neighbouring countries as they have the workforce but not necessarily the other resources that Algeria has available.

Establishing good trade relationships with these countries would position Algeria and the Maghreb as a strong economic force on the world map. There are already exchanges in place, between Tunisia and Algeria, with more likely to follow.

Made in Algeria – a new hallmark of quality

Algerians are accustomed to buying robust and long-lasting products, in contrast to the trend towards a higher consumption of more short-lived, disposable products, as is increasingly seen in many European and Asian countries.

“It has to be said that the Algerian consumer has a tendency to buy Algerian goods manufactured by the public sector. It reassures him. The consumer always has this feeling that [public enterprises] do not cheat. Here, the longevity of a product is something very important for the consumer,” says Ahmed Fettouhi, President of the state-owned INDELEC.

Any potential business venture into Algeria needs to account for an investment policy implemented in 2009 that requires an Algerian majority stake of 51 per cent in any investment, and at least a 30 per cent share of any foreign-owned import operation.
Also, Algerian tax legislation was modified in August 2008 to require foreign investors to re-invest the value of any investment tax incentives received within four years.