Article - August 16, 2011
The future of Tanzania is intertwined with its new economic zones. These, in turn, benefit from the country’s political stability that raises investor confidence 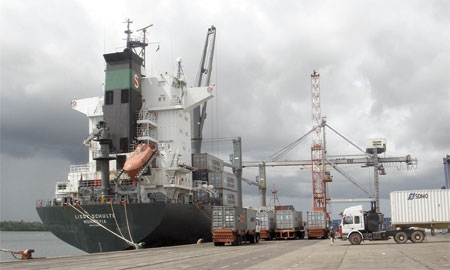 traditionally, Tanzania has virtually bled natural resources; its main exports have been in the form of raw, unprocessed materials with minimal value addition. President Kikwete’s Mini-Tiger Plan 2020 dictates increasing industrialization, which will in turn generate thousands of jobs, attract the transfer of new technologies, and greater wealth in the form of higher export earnings and increased foreign direct investment.

The key enabler of this industrialization process is the Export Processing Zone Authority (EPZA), an autonomous government agency responsible for coordinating two major investment promotional schemes: the Export Processing Zones (EPZs) and the Special Economic Zones (SEZs). These two schemes are in the process of merging into one general scheme that has been dubbed the Economic Development Zones (EDZs).

The objective of the EPZs is to attract and promote investment for export-led industrialization and the processing of local raw materials, including leather, textiles and garments, lapidary, wood, and fish. One of the basic conditions for participation in an EPZ is that at least 80% of the produced goods must be exported, while the remainder may be offloaded in the local market. On the other hand, the SEZs encompass many more sectors than just manufacturing. Moreover, SEZs impose no limitations on domestic sales.

In the new EDZ plan, there will be three major components, explains Dr. Adelhelm Meru, director general of EPZA. “The first component is the Township EDZs, which are large industrial complexes in the form of satellite towns. Township EDZs will include economic and social activities and will be supported by logistical infrastructure including ports and airports.

“The second component will be Specialized EDZs. These will include free zones, industrial parks, ICT parks or sector specific zones like agriculture EDZs, tourism EDZs etc. The last component will be Export Orientated EDZs, which will be more or less similar to the present EPZs and will involve investments aimed at manufacturing for export,” says Dr. Meru.

There are several advantages and incentives for members of these schemes. Investors enjoy a 10-year exemption from corporate tax and withholding tax on rent, dividends and interest; remission of all taxes on raw materials and capital goods; exemption from taxes and levies imposed by local government authorities on products produced in EPZs; and exemption from VAT on utility and wharfage charges.

Beyond fiscal incentives, another benefit of exporting from Tanzania lies in the country’s preferential agreements with huge markets, including AGOA in the U.S., the European Business Association (EBA), the East African Community (EAC), and the Southern African Development Community (SADC), among other bilateral agreements. Indeed, Tanzania is the only country in East Africa that is also a member of the SADC.

Despite their underdeveloped infrastructure (a problem EPZA is addressing through PPPs and private-sector operator licenses), Tanzania’s EPZs have performed much better than anticipated. For example, in the first three years, 8,000 jobs rather than the expected 6,000 were created, and 62 companies registered, compared to the 45 that the World Bank had deemed a realistic target. Export volume during the third year reached $225 million, $75 million higher than predicted.

Because the economic zones’ infrastructures beg for improvement, investment opportunities go beyond just manufacturing and into on-site infrastructure development as well as the provision of utility services, says Dr. Meru.