Article - July 30, 2014
As EG looks to develop a thriving SME sector, initiatives to back small and mid-sized firms and entrepreneurs have been stepped up in recent years 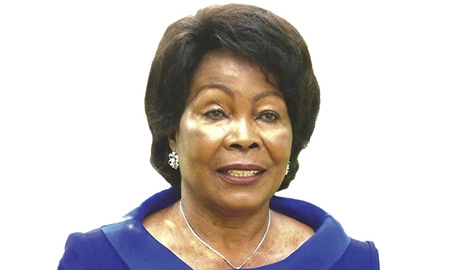 Small and medium-sized enterprises (SMEs) are recognized by the government of the Republic of Congo as key players in promoting the country as an investment destination for decades. That has been the case at least since 1986, when a law was passed to promote SMEs by creating a business environment conducive to growth and prosperity.

Initiatives to back SMEs and entrepreneurs have been stepped up in recent years. For example, the National Assembly has passed a law to promote and develop micro-enterprises as well as SMEs, and the authorities are in the process of launching new initiatives to help grow the SME community. One of those is the Maison de l’Entreprise du Congo (Business Promotion Center), in which the government and African Development Bank invested 5 billion CFA francs ($10.4 million) in January 2013. The aim of the Maison de l’Entreprise is to improve the business climate in Congo and ensure economic growth by encouraging entrepreneurship. By developing the SME sector, and particularly privately held small business undertakings, Congo is hoping to diversify its economic base away from its main revenue source of oil.

A key objective of the multiple reforms that have been put in place to promote SMEs and improve the business climate is to move Congo up in the World Bank/International Finance Corporation’s “Doing Business” ranking. In the latest ranking, which classifies countries according to ease of doing business, Singapore ranked number 1, the United States number 4, and Congo 185th out of 189 nations. Congo is moving in the right direction, moving one place higher in the ranking than in 2013.

By steadily improving the business and investment climate in Congo, the government hopes to make the country – and particularly the SME sector – more attractive to direct foreign investment, and keep it moving up in the ranking.

Congo’s Minister of Small and Medium-Sized Enterprises and Artisans, Adelaïde Yvonne Mougany, says one of the biggest challenges facing the country is getting Congolese to think of themselves as entrepreneurs.

Two key target audiences for the mindset-change are women and youth, Ms. Mougany says, calling for changes to the education curriculum, and for an information campaign to explain to Congolese citizens what entrepreneurship means – and then get them to embrace it.