The fast-growing Japanese drone maker has developed its own autonomous flight control and SLAM technologies that allow its drones to be used in places beyond the reaches of GPS/GNSS-based competitors. 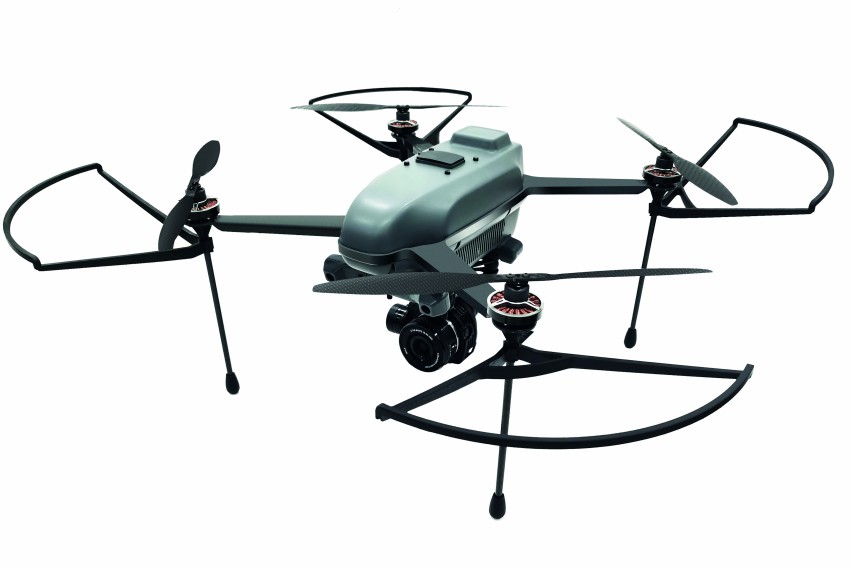 While innovation in the U.S is synonymous with the fertile landscape of Silicon Valley and the start-ups that have gone on to become major tech players, Japan does not have a global image as a teeming start-up hub. However, with many new companies involved in deep technology and engineering innovation, the nation’s once-neglected start-up scene has begun to garner greater attention from venture capitalists and investors both at home and abroad.

Take, for example, drone manufacturer ACSL (Autonomous Control Systems Laboratory Ltd.), one of the few university-born startups that have managed to go public in Japan. Established in 2013 by a Chiba University professor with more than 20 years of experience in R&D of autonomous flying objects, ACSL manufactures autonomous drones based on the latest control system technologies.

Having secured multi-million-dollar investments from high profile sponsors, such as e-commerce giant Ratuken and The University of Tokyo Edge Capital, this exciting new company went public in De- cember, 2018. “That made us the only publically listed specialized drone manufacturer in the world back then,” recalls COO, Satoshi Washiya.

So what has investors so bullish about ACSL? Firstly, the projected growth of the global drone market, which is expected to surge to $43.1bn in 2024 (up from $14.4 in 2016) on the back of increasing demand from both business and hobbyist consumers. Growth of the market will also be supported by the rollout of 5G, which will significantly enhance the capabilities of drones and their utilization in industries across the board, from farming and construction to security and online shopping deliveries. Second is ACSL’s competitive advantage over many other drone makers, namely its propriety control technologies and SLAM (Simultaneous Localization and Mapping) technology, which eliminates a dependence on GPS, thus, increasing the drone’s autonomy.

“There is a limited amount of companies that have their own control technology and can tailor to individual customer needs,” says Mr. Washiya. “What we did at ACSL is build high-end-level autonomous drones without relying on external communication through SLAM technologies. We developed this proprietary visual SLAM system using cutting-edge machine-vision technology. With this system, ACSL’s PF2-Vision drone, for example, can operate autonomously in a variety of settings that are not feasible using traditional GPS-based position sensing.”

Hence, with SLAM builtin technology, ACSL’s new PF2-Vision drone, which can fly at speeds of up to 70m/h and up to 50 minutes on auto-pilot, and the ACSL-Mini can navigate autonomously even in environments without any GPS/ GNSS signals.

With the ACSL-Mini, SLAM provides precise measurements of the drone’s position relative to recognizable features that it discovers in the environment, while its on-board 20MP, 30x optical zoom, gimbal-stabilized camera allows for the collection of high-quality images from hard-to-reach places.

“We’ve collaborated with Tohoku Electric Power and Nihon Unisys to do automated patrol inside a power generation facility. The reason we could do so is thanks to our SLAM technologies,” says Mr. Washiya, adding that ACSL sees ample potential for its drones in three main areas: infrastructure inspection, deliveries and disaster reconnaissance.

“The integration of AutoModality’s ‘Perceptive Navigation’ technology into ACSL’s integrated drone controls will enable autonomous flight in more complex and technically difficult GPS-denied environments. This integration will empower ACSL to capture further projects in such environments,” explains Mr. Washiya, who also sees other potential investments in the pipeline, both in Japan and overseas, that would enable enhancement of the quality and reliability o f ACSL’s drones.

Further M&A opportunities will form a vital part of ASCL’s international growth strategy moving forward – as will a familiarization of the respective regulatory environments in target markets and finding other successful partnerships to boost its network.

“We are very open to strategic investment opportunities in any countries as long as it is beneficial,” adds Mr. Washiya. “Ten years from now, I would like to tell you that ACSL drones have contributed to enhancing the quality of life for future generations.”