Article - October 24, 2013
The telecoms sector enjoys high profits and a thirst for innovation 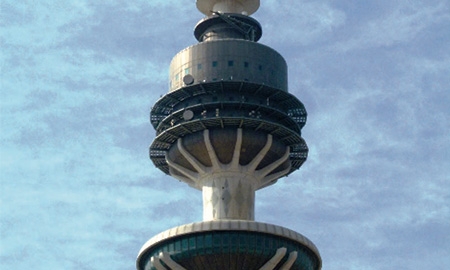 Kuwait’s telecommunications industry presents a mixed scenario: on one hand, mobile services were liberalised in 1999 with the privatisation of MTC (now called Zain), leading to the entry of new service providers and, by extension, healthy competition. On the other hand, fixed telephony services are still solely in the hands of the Ministry of Communications (MoC), who also serves as the industry’s quasi-regulator.
In June the National Assembly passed a draft law to establish an independent telecoms authority but one is yet to be created. Kuwait is the only Gulf country without such a body.
Interestingly, the lack of a fully-fledged telecommunications regulatory commission coupled with Kuwait’s high standard of living and wages make the Gulf state one of the world’s highest value markets in terms of average revenue per user (ARPU).
With the arrival of Wataniya Telecom 14 years ago, the quality of mobile services grew sharply as the two battled for market share. When third player VIVA Telecom entered in 2008, it too had to elbow its way in, by offering newly tailored value added services and special packages, including Kuwait’s first LTE service.
The result so far, then, is a highly competitive mobile telecom sector with penetration rates brushing 176 per cent, and that is seeing prices (and ARPU) gradually fall as quality goes up. Moreover, the introduction of Mobile Number Portability a few months ago now allows users greater liberty to choose their service provider without having to change their number (a previous hindrance to this had been the fact that all phone numbers opened with Zain started with a 9 and those from Wataniya started with a 6).
As for internet service providers (ISP), Kuwaitis have six to choose from, ranging from KEMS, the very first one licensed by the MoC in 1992, to WIMD, the newest one in the market. Internet services, though reliable, are limited to maximum speeds of 8Mb/s owing to the Government-owned fixed line copper network.
One of the largest ISPs, FASTtelco (part of Al-Deera Holding) hit the ground running in 2001, offering internet solutions for residential and business customers. With five other ISPs currently operating in Kuwait, Abdulwahab Al-Nakib, Chairman and Managing Director of Al-Deera Holding, says that FASTtelco maintains its leadership position by “staying positive, thinking outside the box and being ambitious.”
A techie blogger living in Kuwait says of the company: “FASTtelco has improved vastly over the last few years and what I like is that they keep trying to improve their customer service and improving themselves technically.”
This young man forms part of Kuwait’s critical young mass, whom the telecom companies are targeting due to their passion for technology, entertainment and social media, and the Government is focusing on as part of its ongoing development plan.
The Government is also keeping up with the digital age. With the establishment of the Central Agency for Information Technology in 2006, the state has been building up its e-government strategy. Other modern advances include the Government’s public smartphone apps, such as the Kuwait Government Online official portal.
To continue developing relevant and interesting apps and websites, of course, the Government relies on a specialised workforce. The 2011 establishment of the College of Computer Science and Engineering at Kuwait University will help keep the country nourished with highly skilled technical workers.