At the root of Islamic banking and financial innovation

Article - May 14, 2014
The best regulated and most sophisticated financial services centre in the GCC pioneered the creation of Islamic banking and has the highest concentration of expertise and services in Sharia-compliant finance worldwide 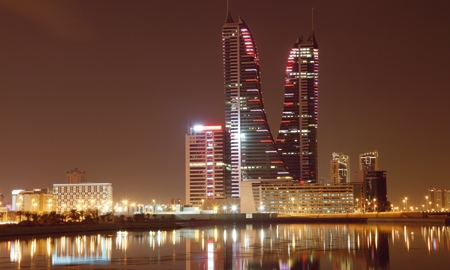 The Kingdom of Bahrain stands at the nexus of several important movements that will shape the future of the region and capture an outsized share of global growth and development in the coming years. As an economic hub at the centre of the Gulf states, Bahrain has unique access to the largest concentration of wealth in the world, while as a leader in financial services and global standard-setter in the burgeoning field of Islamic finance, it will be an essential player in investment, banking and trade flows.

Located at the heart of the increasingly dynamic markets of the Gulf Cooperation Council, the Middle East and the Arab world, it will also be part of a population explosion that will fuel economic expansion and require unprecedented infrastructure investments.

The kingdom of just 1.3 million – a former British protectorate with a 200-year-old relationship and deep economic ties with the United Kingdom – has served as the Gulf’s finance capital for the past 40 years. It lays claim to the region’s best regulated and most sophisticated financial services centre, as well as the highest concentration of expertise and services in Islamic finance worldwide.

Bahrain’s leadership boasts that it is the greatest free market in the region, and one of the most attractive places to do business anywhere, which has helped it build an experienced and internationally integrated workforce of over 14,000 financial service professionals serving more than 400 of the world’s leading financial institutions.
Bahrain’s liberal investment regime allows the free movement of capital and 100 per cent foreign ownership of a business or branch office, while its established legal system meets or exceeds international best practices. With no corporate taxes, no personal income taxes, no wealth taxes, no capital gains taxes and no restriction on repatriation of capital profits or dividends, Bahrain is consistently placed at the top of global economic and business competitiveness rankings. Perhaps most attractive of all, it offers access to the Gulf market, with its vast wealth and rapidly expanding market for Islamic finance.
With roots that stretch back at least 14 centuries, Islamic finance aims to generate a fair and equitable profit from transactions that are backed by real assets.

These criteria mean that Sharia-compliant investors avoided the opaque investment vehicles that undid many banks during the last financial crisis. A 2010 study by the International Monetary Fund found that “Islamic banks, on average, showed stronger resilience during the global financial crisis.” The IMF study attributed this, specifically, to “smaller investment portfolios, lower leverage, and adherence to Sharia principles – which precluded Islamic banks from financing or investing in the kind of instruments that have adversely affected their conventional competitors.”
With a potential market base of more than 2 billion people in some of the fastest-growing countries in the world, and annual growth rates of 17 per cent in recent years, it should come as no surprise that Islamic finance investments globally are forecast to break the $2-trillion mark in 2014. The increase in this market has been driven by high demand for Sharia-compliant products, as well as increasing liquidity in the Gulf region due to high oil revenues, according to the World Bank, which in a 2013 study concluded that Islamic finance “is one of the fastest growing segments of emerging global financial markets,” and added that “the market is far below its true potential.”
Bahrain benefits from hosting the headquarters of the influential Accounting and Auditing Organisation for Islamic Financial Institutions (AAOFFI), whose standards are used by regulators of Islamic finance around the world. In addition, Bahrain is home to keystone institutions like the Council for Islamic Banks & Financial Institutions (CIBAFI), the International Islamic Financial Market (IIFM) and the Islamic International Rating Agency (IIRA).

Annual events like the World Islamic Economic Forum, which took place last year in London, and the World Islamic Banking Conference, have over the years deepened Bahrain’s position at the centre of this expanding network of global Islamic finance.
Illustrating Bahrain’s importance to the development of Islamic finance worldwide, IIFM announced in April 2014 the first global standard contract template for sukuk, or Islamic bonds, and said that it aims to double the number of its standards by as early as 2015. Worldwide, the market for the issuance of sukuk surpassed $100 billion last year, with double-digit growth projected among borrowers in the Gulf, to finance the large infrastructure projects being planned throughout the region.

“Bahrain laid out the foundation and it took about 10 years to put Islamic banking in the right direction,” says Adnan Ahmed Yousif, President and CEO of Al Baraka Banking Group. “They set up Islamic accounting standards, the Sharia standards; they also set up the new corporate governance standards. Bahrain was the pioneer in introducing Islamic banking.”
Bahrain’s more than 50 Islamic financial institutions now manage more than $47 billion in assets and the country has more Sharia scholars working in finance than anywhere else, according to Thomson Reuters, which ranked Bahrain second globally in Islamic finance development, behind only Malaysia, and first worldwide in terms of Islamic finance governance and corporate social responsibility.
“Bahrain is a major financial centre,” says Mohammed Ebrahim Mohammed, CEO of the Bahrain Islamic Bank, or BisB. “The number of Islamic financial institutions in Bahrain is the highest in the world. You take the insurance companies, the brokerage, the banks, the representative offices; it is the highest amongst any other country.”

The flagship of Islamic banking in Bahrain, BisB traces its origins to the emergence of Islamic finance on a global scale more than three decades ago. “Islamic banking started in Bahrain with the establishment of Bahrain Islamic Bank in 1979,” Mr Mohammed adds. “Since then, the Central Bank of Bahrain has been issuing rules and regulations governing Islamic banking activities and transactions. It has been issuing and practicing these rules and regulations for more than 34 years.”
BisB has maintained its leadership position over the years through adopting innovative Islamic investment and financing products, drawing its support from superior retail and corporate banking services. Listed on the Bahrain Stock Exchange, its major shareholders are leading local and regional financial institutions. With 13 local branches and several newly launched Financial Malls, BisB has established the largest network among Islamic banks in the country. These branches offer quality banking services, and financing and investment opportunities compliant with Sharia law for individual and corporate customers.
“Our focus has been improving service,” Mr Mohammed stresses, “because we all know that it is the service and not the product that makes a difference. The product can be copied in a short time but it is difficult to copy a service.”
This recipe helped BisB swiftly return to profit following a recent downturn in the market. BisB swung to a net profit of BD6.1 million (£9.69 million) in 2013. Mr Mohammed said the positive results reflect the bank’s strong underlying financial position, with more than 90 per cent of total operating income coming from its core finance activities.
Gulf International Bank (GIB) is another Bahraini bank that has garnered international attention. Global Finance magazine singled out GIB as the Best Investment Bank in the Middle East and the Best Investment Bank in Bahrain for 2014.
Throughout its banking and finance sector, Bahrain has benefitted from one of the most respected and stable regulatory regimes anywhere.
“The Central Bank of Bahrain’s (CBB) rules are extremely robust,” says Khalid Hamad Abdul-Rahman Hamad, Executive Director of Banking Supervision at the CBB. “The CBB was able to work with the banks, monitor trends, and to consult as to how problems could and should be tackled.” This has helped Bahrain’s banking sector maintain impressive growth rates of more than 18 per cent over the past two years. In the first quarter of 2013 alone, Bahraini banks reported a doubling of profits.
“What has helped us, in particular, is the fact that when there is a financial crisis people seek quality,” says Abdulkarim Bucheery, CEO of Manama-headquartered BBK. “When a person has a concern, they will move their deposit to a better quality bank.”