UNCTAD predicts a ‘powerful boost’ of FDI in Mexico

Exceptional openness has transformed Mexico into one the world’s best places to do business and it now ranks among the 10 most attractive foreign investment destinations worldwide. 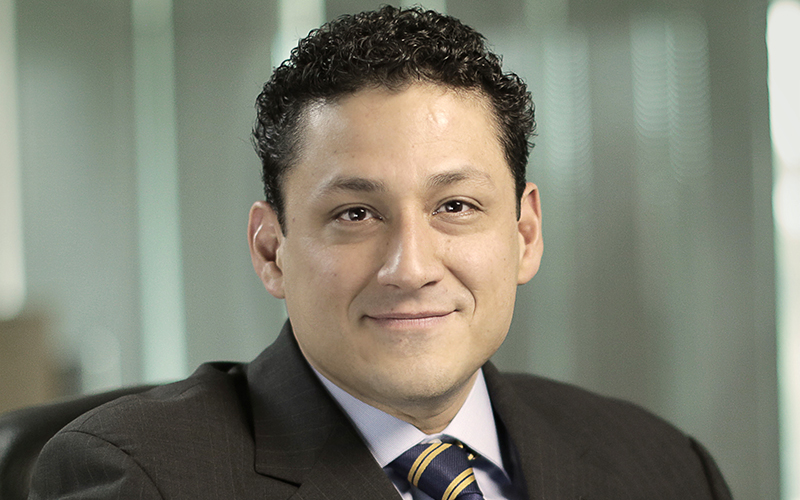 “WE’RE NOW ENTERING A NEW ERA IN MEXICO THAT WILL FOSTER INNOVATION AND CREATIVITY, AND THAT WILL BRING COMPETITION FROM ABROAD” ULISES MUÑOZ, VICE-PRESIDENT OF GRUPO EMPRESARIAL PAE
SHARE

Evidencing the rise of the country’s economic prospects, the 2014 World Investment Report from the United Nations Conference on Trade and Development (UNCTAD) reports that Mexico raked in a record $38 billion in foreign direct investment (FDI) last year, placing it ahead of countries like the UK, India and Germany. The report also predicted a “powerful boost” of investment in the country’s oil and gas sector in the coming years, and cited the removal of investment barriers in its telecommunications sector as among the most important investment-related developments in the world in 2013. Likewise, AT Kearney ranks Mexico among the 10 most attractive countries in the world in which to invest, a huge boost over just one year ago when it did not make it into the top 25.

Further evidence of Mexico’s ascendance comes from research done by the investment firm Goldman Sachs, which forecasts Mexico’s economy to become the seventh largest in the world by 2020, while the Japanese research firm Nomura predicts that Mexico will soon overtake Brazil as Latin America’s largest economy, if its economic reforms have their expected impact.

Since the 1990s, Mexican leaders have worked to cultivate a positive environment for entrepreneurism, investment and trade. Building on the foundation laid by the NAFTA agreement, Mexico has gone on to secure groundbreaking pacts with globally important trade partners. In 2011, Mexico became a founding member of the Pacific Alliance, a regional integration initiative that counts Chile, Colombia, Mexico and Peru as its members. Years of preparation and increasing cooperation culminated in early 2014, when Mexico joined the Latin American Integrated Market (MILA), which links equity markets in Mexico, Chile, Peru and Colombia into a single trading platform. With the entry of Mexico, MILA became the first Latin American market by capitalization, at over $1 billion, and by number of firms, with nearly 1,000, after Brazil’s BOVESPA. MILA aims to facilitate greater capital flows between the member countries and among investors worldwide, while providing businesses access to global capital markets and encouraging initial public offerings.

This steady buildup of vital partnerships and accords has placed Mexico in an elite group of countries worldwide. It now counts free trade deals and treaties with 45 countries altogether, which account for more than 60% of the world’s GDP, making it the world record holder for signing free trade accords. The reforms enacted by the current government, led by President Enrique Peña Nieto, have given Mexico’s economy a further jolt of momentum. Earlier this year, Moody’s upgraded Mexico’s government bond rating to A3, making it the second country in Latin America to receive an A rating, after Chile.

According to Nomura Securities economist Benito Berber, FDI in Mexico’s energy sector alone will increase by $10 billion annually, starting in 2016, while Gabriel Casillas, Chief Economist at Grupo Financiero Banorte SAB, estimates that annual private investment made possible under Mexico’s Energy Reform will reach $50 billion by 2020. Government forecasts, meanwhile, show that accelerated activity in the energy sector will boost the country’s overall economic output by an additional 1% and create close to half-a-million jobs by 2018, on the way to generating 2.5 million jobs and adding an additional 2% to the country’s GDP by 2025.

In an additional boost to companies wishing to do business in Mexico, it benefits from virtually unfettered access to the world’s largest economy through a 2,000-mile border, the signing of numerous agreements and accords protecting the rights of investors, the presence of an open and transparent legal and regulatory system, and a very young and increasingly well-educated population. More than 60% of Mexico’s 112 million citizens are 35 years or younger. And there are signs that Mexico’s industrial base is developing important synergies, as an increasingly dense and capable foreign-owned supply chain drives a production surge in the automotive, aerospace and electronics industries.

In March of this year, former U.S. Federal Reserve Chairman Ben Bernanke signaled out the positive steps being taken by Mexico, mentioning it as one of the countries in the world where “things are happening.” Mr. Peña Nieto emphasizes the “climate of cooperation, harmony, change and transformation that Mexico is living,” as well as the atmosphere of confidence in the country. He also notes “the expectations that today are being created by the structural changes, the reforms that we’re achieving in total cooperation and agreement with the political institutions of the country, the government of the republic, with broad support and social consensus.”

The President, who begins his third year in office this December, also underlined the benefits he expects this will bring to all Mexicans. “We are working toward making Mexico a destination for productive investments that create jobs and, most of all, well-paid jobs, jobs that extend security, ongoing training and the opportunity for individual growth to workers, within the development opportunities offered by the companies that come to do business in Mexico.”

Many of these opportunities are being discussed between heads of state at this year’s Ibero-American Summit. In the host state of Veracruz, Mexico, presidents from across the region focus on measures to improve economic cooperation and human development. Participants have the chance to see firsthand the progress that Mexico has achieved, particularly within its energy sector. “I emphasize the Energy Reform because Veracruz will be the principal beneficiary,” says Veracruz State Governor Javier Duarte de Ochoa, “being that we are the state that houses 80% of the country’s petrochemical industry, the state with the country’s largest reserves of natural gas, and its second-largest oil reserves.”

As Mexico continues to open its borders, cut red tape and remove investment barriers, it has increasingly attracted multinational corporations from all over the world. Companies like Grupo Empresarial PAE are easing the way to successfully enter Mexico. Founded as a Mexican company with a global perspective, PAE has more than 21 years experience providing human resource services to companies, particularly small to medium-sized firms, that prefer to outsource their HR management so they can focus more on their core businesses.

“Personnel are paramount to us,” says PAE’s Vice-President Ulises Muñoz. For businesses wishing to enter Mexico, Mr. Muñoz says PAE can “assist in their arrival and we provide the necessary services so that they can develop their business in an effective manner. We endeavor to provide a constant focus on personnel, training and skills.”

Services provided by the human capital outsourcing company include payroll administration, socioeconomic studies and recruitment and selection to a growing number of companies and industries. Its focus on Mexico has enabled it to steadily expand across the entire country since its establishment in 1993, later expanding overseas and developing a presence in Central America, Peru, and on the East and West Coasts of the U.S. PAE is also eyeing the potential of venturing further afield, into Canada, Colombia and maybe even Spain, and expressed an openness to silent partners who could become shareholders in the group as it develops its business by expanding and enabling more new companies set up in Mexico.

William Fuentes
100% of 1
I took note of Goldman-Sachs who, in cooperation with Mexican service oriented upstarts, provide a glorious economic outlook. Way nack in 1979, I entered a private college and focused on Mexico as a shining light to the future. I have lived in Mexico City, Torreon, Coahuila and parts of Baja California over tje last four decades - fond memories made wholesome by having become fluent in Spanish since 1982 - I fell back for a moment and paused: Goldman-Sachs and all the major banking and financial market interests do not have sound reputations nowadays. Why is former Federal Reserve Chairman Ben Bernanke throwing his opinion into the ring upon Mexico's future; none of the people in these institutions have ever lived there; nor do they speak Spanish? Goldman-Sachs, Bernanke, Deutche Bank, AIG; all have been paying fines in lieu of placing the policy and decisionmakers in jail - for dubious if not notorious criminal acts which deserve a high level of scrutiny henceforth - so why would anyone want to invest in Mexico if these same casts of characters have little practical knowledge of the culture? Yes; lacking even a practical knowledge or understanding of the cultural differences between the U.S. and Mexico (...shares a 2.000 border...) with the world's most powerful economy is fancied at best. Goldman et al can point to sectors that hold promise in Mexico. This assessment is an utter and complete FAILURE because it's only in harmony with members of its "Ivory Tower" elite. Read what the people in Mexico have to say about the "elite"; better yet, look in to the eyes of the "35 and under age group" who first must ascend to business and government positions - not right now though - they are marching in the streets around the Republic!