Led by the new-generation businessman and philantropist Ahmed Abou Hashima, Egyptian Steel has been a driving force behind the nation’s economy over the past five years. The sole sponsor of the “New Egypt” campaign, Egyptian Steel has proven time and time again its unwavering faith and support for the republic 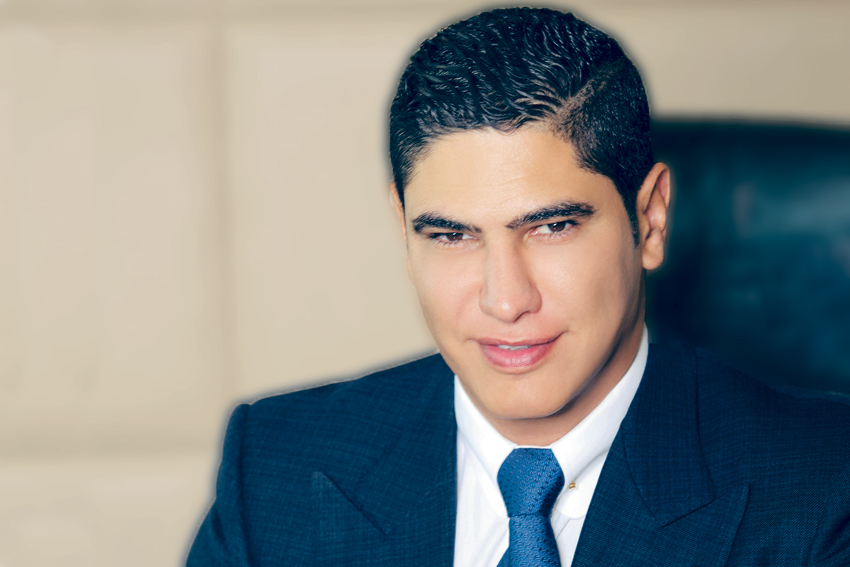 Egypt’s man of steel is Ahmed Abou Hashima, not a superhero but a savvy businessman out to champion his country’s economy by turning Egyptian Steel into a world-class manufacturing giant. Fresh from Egypt’s Economic Development Conference earlier this year, which attracted some $90 billion in memoranda of understandings, Mr Abou Hashima is looking to build on its momentum. The three-day conference hosted by Egyptian President Abdel Fattah al-Sisi is one of the government’s initiatives to attract desperately needed investment dollars to the country by highlighting its enhanced business environment and new government reforms.

Egyptian Steel continues to prove its commitment to the country. After the “New Egypt” and “Invest in Egypt” campaigns in 2014, it was one of the main sponsors of the Economic Development Conference in Sharm El Sheikh in March 2015, being instrumental in helping the nation attract billions of dollars in investment

“Egypt is working towards a powerful comeback to the investment map, and the support shown by the world’s most influential leaders proves there’s faith in the future of the Egyptian economy,” says Mr Abou Hashima. “This is a powerful message to the world and should be perceived as a reassuring message to investors worldwide.”

Egyptian Steel is driving that message home with ambitious plans. The group, while young, has already proven its resilience against formidable odds. The company was founded in 2010 amid a global economic crisis and on the heels of Egypt’s Arab Spring. It has carved out for itself a significant share of the domestic steel market and has set its sights on increasing production to 2 million tons of rebar per year by 2016, aiming for 20 to 25 per cent of the local market while improving its export potential to the Middle East and North Africa region as well as other international markets.

To help meet these goals the company contracted Danieli, an Italian specialist in building plants and equipment for the steel industry to help bring two new plants on line. “These two new plants are the biggest out of all four of our plants,” says Mr Abou Hashima. “They are massive with each having a production capacity of 830,000 tons per year, and they will employ the latest, state-of-the-art, eco-friendly technology.”

“We are seeking to acquire 20 to 25 per cent of the market share by 2016, as soon as the two new factories start producing. This will raise our production to 2 million tons of rebar per year and allow us to increase our export potential not only to the MENA region but also worldwide”

This massive expansion is expected to create thousands of new jobs and help give the country a much needed boost. It is part of the company’s overall strategy in helping to create “New Egypt” – the name for the company’s international campaign to drum up business in Egypt and abroad after years of political and social turmoil.

“We have pumped investments worth $1 billion after the revolution, when many were fleeing the Egyptian market,” says Mr Abou Hashima. “Our strategy is to continue to invest in Egypt and to diversify our investments within the construction materials sector.”

Once the steel production plants are operational, Egyptian Steel will expand into cement production, a natural complement to its steel business. “We are currently waiting for a licence for Egyptian Cement,” says Mr Abou Hashima. “We will consider expanding into Africa by replicating the plants in Egypt in an African country. Studies will be made to determine which African country has the best investment atmosphere, gas prices and skilled labour.”

Ahmed Abou Hashima has been the visionary behind Egyptian Steel since its creation in 2010. Considered a risk taker by many, he is the first ever Egyptian to receive the Middle East’s Young CEO of the Year Award in 2013. Named one of the World’s 100 Most Powerful Arabs, he has proven that his ambition and trust in Egypt were not misplaced

It is this kind of visionary acumen that helped earn the CEO, 40, numerous business accolades, including the distinction of being the first Egyptian to win the Young CEO of the Year Award in 2013 and landed him on the list of the World’s Most Powerful Arabs. For this young entrepreneur local pride just makes good business sense.“This country has so many competitive advantages that, when put to good use, can boost the economy tremendously,” he says. “We have a very strategic location, the Suez Canal, tourist sites, perfect weather with sun year round, and a very young population, with 60 per cent under the age of 30. That is great manpower.