Ziraat Katılım became Turkey’s first state-owned participation bank when it opened its doors in May 2015. Ziraat Katılım’s CEO Osman Arslan talks us through the new bank’s plans for growth and expansion, and explains its role in helping Istanbul develop into a center for asset-based finance. 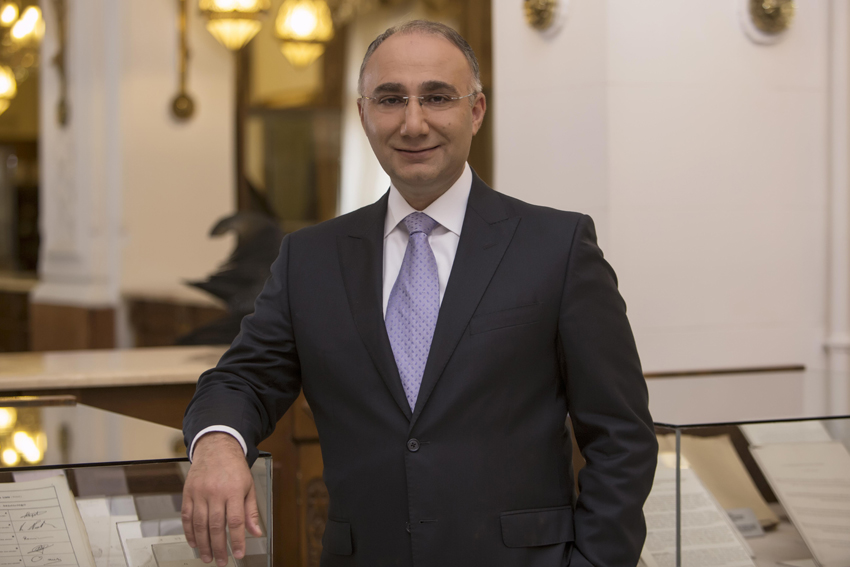 This year Ziraat Katılım became the first state-owned bank to open a participation banking subsidiary, and the other two state banks are expected to follow suit shortly. Why did you opt to enter the participation banking market and is there sufficient demand to accommodate you and two more players in the sector?

We can underline several reasons and first of them is the demographic structure of Turkey, which is almost 99% Muslim. This indicates a great potential for participation banks. Another issue is that we witnessed a significant improvement in the Turkish economy during last decade. After the deep economic crisis in 2001, Turkey succeeded in making structural reforms in order to ensure the pillars of the economy are really strong. The banking sector is one of the most important pillars of the economy which faced bankruptcies in the 2001 crisis, and it has recovered very quickly in terms of risk management, capital strength, legislation and human resources since then. As the banking sector is performing at high growth rates in accordance with the Turkish economy, we see the opportunity for a growth in participation banking as well.

In addition to structural reforms, we have also experienced a one-party government for 13 years, which ensures and increases the notion of trust and stability. Hence, we have seen international funds flowing to Turkey and the pillars or fundamentals of the economy became very strong. Local and international investors feel comfortable to make investments in Turkey. These investments have affected the financial sector, which has started to grow as well.

On the other hand, the borrowing requirement of the government from the Turkish treasury has started to decline, which brings a fall in inflation and interest rates. The banking system started to fund the real economy – companies and consumers – rather than investment in treasury bonds. Consumers also see a brighter future so they start to consume more and borrow from banks to finance their consumption needs that had been postponed for some time.

Participation banks have also started to invest in the Turkish economy in terms of trade finance, equity investment, direct investment, etc. They have increased their market share up to the 5% level, which was around 2% in the early 2000s. In the broad picture of the successful economy, they have also started to open new branches and provide new products. However, to continue growing the banking industry needs capital. Although, the main shareholders of these banks have continued to increase it, the availability of capital is not sufficient to surpass the current market shares as of today.

During the 2001 crisis and the global financial crisis of 2008, we have seen that the business model of participation banks has become more remarkable. Participation banking models are following the real economy; they cannot finance unfeasible projects, derivatives or treasury instruments that are not based on assets. This adds benefits to the economy in the broader sense. If the market share of these banks increase in the banking industry, the economy and the financial system may become more conservative and safer towards companies that are vulnerable to interest rate increases and the volatility of some market indicators.

Another reason is that the asset-based banking industry has started to grow in the rest of the world; most of the GCC countries have started to accommodate funds coming from oil and these funds seek good and protective instruments in the world economy. But frankly speaking, Turkey could not mutualize this global flow of funds on its own. Current participation banks provide alternative products, such as Sukuk, to attract international flows, but it is limited. Therefore, if the number of institutions in the participation banking industry and their market share increase, it would mean that we are more likely to attract international funds, especially if you propose qualified assets. We believe that Turkey has good assets, not only governmental assets but also private sector projects that might be good enough to attract these funds.

Turkey has a dynamic economy, the population is young and the Turkish businessmen are very entrepreneurial. The typical Turkish businessman is focused on producing and he likes to create employment opportunities through investment. This is the nature of Turkish people. Therefore, the state-owned banks have been asked to establish their own participation banks.

Ziraat Bank is the first state-owned bank that succeeded in opening a participation bank. We established Ziraat Katılım Bank with $300 million in capital, which is the minimum requirement to establish a bank in Turkey. In May of this year we started banking operations.

The most important strategy of state-owned banks is not to capture the existing market but to add to the market share. In that context, our aim is primarily to improve the market ability and raise the market share in the banking sector.

What is the profile of the customers you are targeting?

How does your product portfolio differentiate you from the existing private participation banks?

Firstly, our parent company has a considerable experience in financing agriculture. We want to take advantage of this know-how and activate the potential in participation banking which is very relevant with agricultural financing. In fact, next year we will be ready to finance not only farmers but also big agricultural projects.

Furthermore, Ziraat is very capable in project finance, which is one of our main strengths. Therefore, Ziraat Katılım Bank will also start to finance projects and we will participate in project finance syndications. We will also give special importance to Sukuk issuances, which is a very important financial instrument for the Turkish economy. We need external funds to support the growth of the economy, so we accommodated good assets in our balance sheets, as Sukuk issuances are based on good assets. Actually, we have the target to issue the first Sukuk next year.

Ziraat conventional bank has a growing international presence. On your website you speak about Ziraat Katılım eventually becoming an international participation bank. What is your strategy for expanding beyond Turkey?

Ziraat Bank has presence in 18 countries in the Balkans, the Middle East and Central Asian countries like Turkmenistan, Kazakhstan, Azerbaijan and Uzbekistan. At Ziraat Katılım, we aim to expand our operations in the region, especially in the GCC countries, though it is too early to make these plans accurate. However, in the future we want to introduce Ziraat Katılım into geographically close regions like the GCC or North Africa. These countries are more likely to appreciate participation banking.

You are the first CEO of a brand new bank and, as such, you have an opportunity to forge its identity. What are the values you would like people to associate with Ziraat Katılım?

To begin with, trust is very important because this is a state-owned bank. Actually, trust is important for the whole banking system and people first look at who the shareholder is and who is behind the business decisions. Being trusty is not only related with the ownership. We also want to become a trusty bank, whose customers believe that Ziraat Participation is doing the right business with a proper business model.

In addition, we have to underline our brand promise “Growth Through Sharing”. We focus on the traditional sharing value, which is directly relevant to participation banking. Sharing is not a usual term in conventional banking but it is the main idea in participation banking system.

The Turkish economy management has plans to make Istanbul one of the regional financial centers. In this broad plan, one of the pillars is to make Istanbul a participation banking center. And when you look at the geographical location of Turkey and especially Istanbul, you see it is very close to the participation banking markets such as the GCC and Europe. From Istanbul you can fly to most of the financial and trade centers such as London, North Africa or Dubai in three to four hours. In addition to geographical advantages, Istanbul is also attracting people with its history and natural beauties. Istanbul provides both economic and social features, which is very important for becoming a financial center.

As the first state-owned participation bank, we feel the responsibility to add some benefits and values to the growth of this industry. Our establishment was an important step, which shows the government’s attitude towards participation banking. In order to make Istanbul a financial center, we have to penetrate the different segments of customers and attract foreign investors. We will not limit our financial services to one type of client. The participation banking business model has principles, but it should serve every type of person in accordance with these principles. As a state-owned participation bank, we feel the responsibility and we are working hard to add value to the financial system, not only in Turkey but also internationally.