"Turkey can be a global leader in Islamic finance"

With Turkey’s G20 Presidency proposing Islamic finance tools as a credible option for long-term financing for infrastructure investments, the spotlight is shining on Turkey’s own participation banking sector. Osman Çelik, the newly appointed Chairman of the Participation Banks Association of Turkey, talks us through the advancements taking place in the sector, as Istanbul bids to become a global financial center. 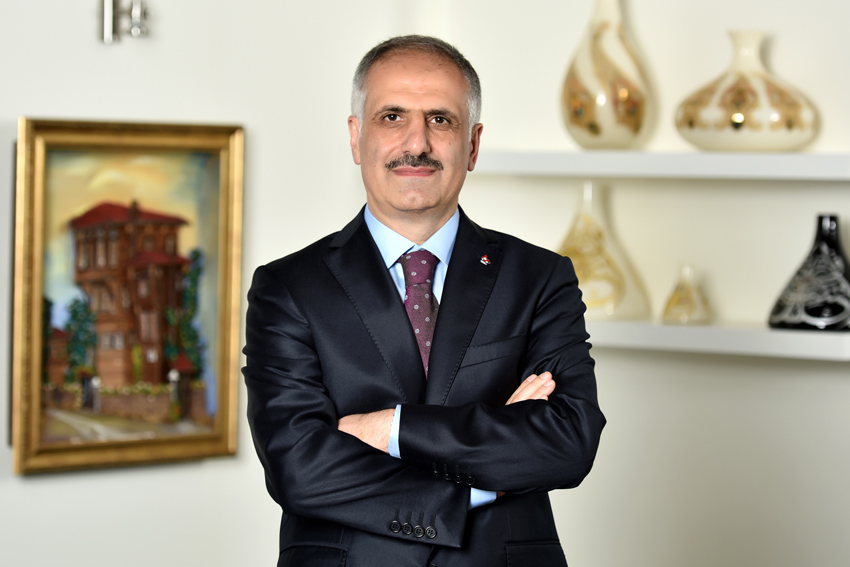 OSMAN ÇELIK, CHAIRMAN OF THE BOARD OF DIRECTORS OF THE PARTICIPATION BANKS ASSOCIATION OF TURKEY (TKBB) AND CEO OF TÜRKIYE FINANS
SHARE

Turkey’s G20 Presidency has been a loud advocate for the use of Islamic finance tools for infrastructure investments and SME financing, whilst the World Bank opened its Global Islamic Finance Development Center here in 2013. How do you assess the potential of Turkey and Istanbul to become a truly global center of Islamic finance?

Istanbul aims to be the regional financial center within 10 years and is slated to be one of the world’s leading financial centers within 30 years due to Istanbul’s advantageous position compared to its competitors in terms of skilled labor, revenue generation potential, social life, and cost of doing business.

Also, Istanbul was ranked among the top 50 centers in the GFCI (Global Finance Centers Index) 2014, and Turkey’s target is to be in the top 10 by 2023, the 100th anniversary of the Turkish republic.

According to the E&Y report (2014), the Islamic banking market share is set to increase to 15% with total assets of $300 billion within the whole banking sector by 2025 in Turkey.

In order to enhance the development of Islamic finance, strengthen corporate infrastructure, raise awareness, fight against poverty and share wealth globally, the presence of the Global Islamic Finance Center in Istanbul is vital.

Its strategic objectives, which include sharing the institutional knowledge and policy insights of both Turkey and the World Bank in relation to the developments in the sector, aim to accelerate the development of Sharia-compliant finance.

Moreover, there is no legal and practical mechanism to which all countries related with Islamic finance are subject; therefore this issue will be studied at the center.

There is no doubt that the Global Islamic Finance Development Center will promote and foster the advancement of Islamic finance in Turkey. I believe in 10 years, Istanbul will turn into a global financial hub.

Ziraat Katılım was opened on May 29, 2015. The other state-run banks, Vakıfbank and Halkbank, will launch participation banking units as soon as the legal procedures are completed.

This growth contributes to employment and supports Turkey’s economy.

Luxembourg and London aim to be Islamic finance centers; however, by its geographical position, Turkey is more prepossessing to become such a center.

We expect the new participation banks to increase the share of Islamic banking activities in the banking sector.

We believe that participation banking in Turkey will gain momentum through the dynamism brought by new players entering the market.

Whilst true, the growth rate of participation banks in terms of assets slowed down last year compared to previous years. What were the reasons for this? Do you expect acceleration in the industry in 2015?

There may be a slowdown from year to year, depending on the political conditions and economic growth.

Sukuk issuances in Turkey by participation banks and corporations have grown considerably in recent years. What role do you envisage Sukuk playing in the growth of Turkey going forward, particularly in relation to infrastructure investments?

The total volume of the Turkish Sukuk market is approximately $5 billion.

Globally, Sukuk, as an important Islamic finance tool, has played a crucial role for infrastructure investments and helped the development of the infrastructure sector over the past decade.

As the nature of Sukuk helps them to be structured in numerous ways, it has attracted sovereign and corporate entities to prefer Islamic bonds as an applicable alternative financing instrument.

Infrastructure is a significant funding area that will require important investments over the coming years. Therefore, the infrastructure industry has been attracting a big portion of the raised Sukuk funds around the world.

Sukuk transactions create long-term investment opportunities for companies and investors. To make a feasible investment, you need a long-term finance opportunity and finance.

But in the Turkish banking sector, the average maturity of deposits is approximately three months. With short-term funding, it is impossible to finance a long-term investment.

Since the government has prepared this environment, the Treasury started to issue Sukuk bonds for international and domestic investors.

Also, Turkey has started to build big PPP projects, such as hospitals and airports. These have long-term finance requirements. Sukuk is an alternative for financing such projects.

The first domestic Sukuk transaction in the real estate sector was developed by a construction company.

To construct a finance center in Istanbul, they issued Sukuk bonds and collected money from domestic and international investors.

Since the completion of the construction project for the finance center would take up to five years, they needed long-term funding, and the Sukuk became an alternative.

Furthermore, TFKB is the first bank to issue Sukuk in the energy sector, which can give way to further issuances in the sector.

What particular benefits do participation banks bring to SMEs looking for long-term finance?

Small and medium-sized enterprises are the lifeline of any economy. What SMEs need is the strong support from the financial system, especially in their nascent stage.

With a history in Turkey dating back to 1985, participation banks have significantly improved their market share in the past decade.

In the 1980s and 1990s, Turkish banks were not willing to give credit to SMEs or the real economy because the return on government bonds was higher than the credit return.

In addition to financial support, Türkiye Finans will also continue to provide more easily accessible and proactive solutions aiming to solve SMEs’ specific needs as an advisor and business partner.

Türkiye Finans is one of the largest and most established participation banks in Turkey. This is a country where a significant section of the population remains outside the formal banking system. To what extent do you think Turkey’s unbanked population has remained outside the banking system for religious reasons? How does Türkiye Finans reach out to such people to encourage them to begin a banking relationship with you?

In Turkey, 99% of the population is Muslim and it is a fact that some religious people do not prefer to work with conventional banks and they want to work with a bank that complies with their religious values.

As Türkiye Finans, we are not only working with this group, but also with other groups who do not have religious concerns but need Islamic finance alternatives.

Türkiye Finans creates a new alternative for its customers, and works as a business partner with its customers to directly finance production and investment.

Our deposit returns have become higher than those in the conventional banks. Other investors, who do not have any interest concerns also prefer to work with us.

Today, Islamic banking is getting wider attention, including from non-Muslims. That is because Islamic banks, have largely survived the global economic crisis and offer their customers safer alternatives.

You are the newly appointed Chairman of TKBB and CEO of Türkiye Finans, but you have been in the industry for a long time. How would you sum up your vision for the participation banking industry here in Turkey, and Türkiye Finans’ role within that?

Türkiye Finans’ majority shareholder NCB (National Commercial Bank) is the most deeply capitalized bank in the Gulf region and the largest bank in Saudi Arabia with equity amounting to $12.1 billion.

At the end of 2014, the bank had total assets worth $116 billion. NCB serves a customer base of more than 4 million with 7,515 employees in 342 branches located in Saudi Arabia.

The other shareholders Boydak Group and Ülker Group are two of the biggest groups in Turkey. Türkiye Finans has a very strong shareholder structure and they fully support us.

When we look at the bigger picture, Turkey aims to be one of the world’s top 10 economies by 2023. For this purpose, the government determined a strategic road map with the private sector.

Thanks to the implementation of this road map, Turkey’s economy is now one of the most dynamic economies in the world.

One of the government’s strategies has been to increase its political and financial connections especially using Islamic financial tools with other countries, and to diversify borrowing and financial revenues.

Turkish participation banks have developed much faster than other conventional banks in Turkey, thanks to the support of the government.

Moreover, Turkey has issued new regulations for Sukuk in an attempt to compete with the other countries.

To assure sustainable growth in Islamic finance, many difficulties must be handled. Political consistency is a significant factor to offer a various range of products to satisfy the population’s needs in the Islamic finance sector.

Furthermore, Turkey’s Islamic finance sector has been attracting not only domestic, but also international investment in funds, Takaful, Sukuk and other Islamic financial institutions.

Turkey, with its improved banking system, cultural structure, connection to the Muslim world, and geopolitical advantages, is a powerful candidate to be a global leader in Islamic finance.