“Tradition and innovation” behind the economic revolution of Mie Prefecture, host of the 2016 G7 Summit

The city of Shima in Japan’s Mie Prefecture has been chosen by Prime Minister Abe Shinzō to host the G7 Summit on May 26-27, 2016. Governor Eikei Suzuki outlines why it is a combination of past and present that makes Mie Prefecture one of Japan’s most exciting regional development stories. 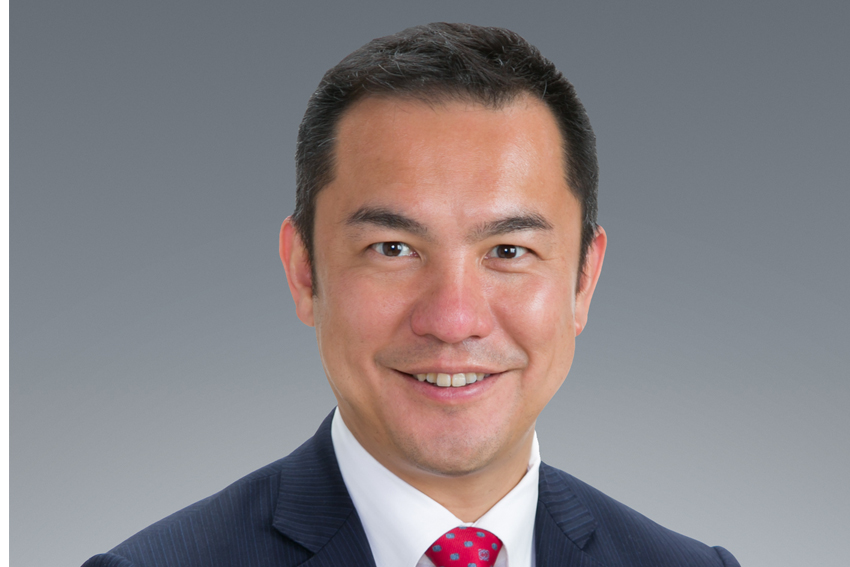 Japan is going through an exciting time at the moment. In a period of recession, Japan is taking difficult choices regarding its economy and the globalized world. Where do you see the impact of Abenomics?

Mie Prefecture has performed better compared to other prefectures in Japan. Let me give you data to prove that. One thing is that the unemployment rate in Mie Prefecture in 2014 was the lowest of all prefectures. In addition, production of GDP, and on a substantial basis, was the highest. Another thing is that in last 20 years we have recorded the lowest number of bankrupted enterprises. That’s the overall view; in Mie Prefecture Abenomics had a very favorable impact. However, if I look at the other small businesses, like for example small confectionaries, which depend on the consumption or small-scale businesses, all those are not really feeling that they are enjoying the benefits of Abenomics yet, probably due to the consumption tax increase.

When you were elected in 2011, you were Japan’s youngest governor. Can you give us a brief background on yourself and what motivated you to run for the office of governor?

Well, as a member of the LDP (the Liberal Democratic Party of Japan) I tried to win the election of the Lower House, also as representative of an electoral district in Mie Prefecture. I didn’t win. I continued to stay in the prefecture and then I found that in this prefecture, there was lots of potential. We have excellent traditions and technology, and we would like to represent such excellence to the world. Then I was thinking of how I could do that, and I received the offer to run for election of Mie Prefectural Governor, as a candidate for this election, so I decided to try. At that time, I was called as the youngest governor, and now I’m called the most handsome, good-looking governor.

Mie Prefecture and Ise-Shima were chosen to host the G-7 summit next year. When Prime Minister Abe made the announcement he said, “I hope world leaders will feel the rich culture and tradition and beautiful nature.” What do you think separated Ise-Shima from the rest of the competition?

Prime Minister has a deep respect for Ise. The Grand Shrine of Ise, JINGŪ, is called the home of the Japanese people and the Japanese spirit. JINGŪ had a special ceremony which is repeated every 20 years, and the latest ceremony held two years ago attracted 14.2 million people – that is one out of nine people visited JINGŪ. That number of visitors was the best following Tokyo Disneyland. In the Edo period, like in 19th century, the Japanese population was 30 million. Out of that, about 5 million people had visited JINGŪ. This means that visiting JINGŪ is a once in a lifetime big event for Japanese people. That must be done for very Japanese person.

If two bridges in Kashikojima where the G7 Summit will take place are closed, it is completely isolated from a main island. Therefore, that makes it easy to keep it secure. The Prime Minister maybe had strong feelings that he has to keep the leaders safe.

The direct economic impact will be around 51 billion yen thanks mostly to infrastructure projects, but some analysts put the indirect impact, including tourism at around 175 billion yen. You’ve said this is the best opportunity for Mie Prefecture to achieve sustainable growth. Can you outline your priorities to achieve this?

I will talk about industries later, but now I will talk about tourism. Even though we have excellent sites and experiences to convey, still the international profile of Mie Prefecture is not high enough. Therefore, I am actively working to enhance the visibility of Mie Prefecture. This year we have started internet-related services regarding tourism. We decided to collaborate with Trip Advisor first in all prefectures in Japan and, by using that, we would like to increase voice-to-voice comments in multi-language sites of the internet.

We would like to communicate more globally. We would also like to promote the special items originating form Mie Prefecture, especially for foreigners such as the Ninja, and Ama (woman drivers) culture. So we would like to focus on particular areas as attractions.

Since we can show that we can host the G7 Summit, which is the most prominent meeting in the world, we would give priority to attract MICE (Meetings, Incentives, Conferences and Exhibitions) to Mie Prefecture. We don’t want people from around the world to just talk and look at Tokyo, Osaka or Kyoto. We would like to put Mie Prefecture on the map.

Another thing is that Mie Prefecture has more than 70 golf courses. So we would like to establish a project to promote golf tourism, especially for the wealthy. We would like to participate in the golf tourism exhibition to be held in Spain this year. These are examples of the strategy that we are implementing. So in terms of tourism promotion, we would like foreign tourists to come to Mie Prefecture, but not only that. We would like them to spend money by staying here; otherwise we could not achieve sustainable growth.

People may be surprised to learn that Mie Prefecture is a hub of industry and innovation, with giants such as Honda, Toyota and Toshiba all having manufacturing plants here. Indeed raising the international profile of Mie Prefecture has been one of your top priorities as governor. How would you evaluate your success over the last four years and how are you still working to raise the international profile of Mie?

That’s the point I have been focusing on since I became governor. Mie Prefecture has great potential and we have a certain trend called “the triple number one”.

I would like to give you three examples regarding this. First one is the special incentive for foreign capital companies to invest here. If you invest more than 500 million yen, then you will get a 20% subsidy as an incentive. In the same way, if any Japanese company invests in Mie Prefecture, they could get subsidies of only 10%.

The second measure is the subsidies and incentives for mother-plants. If manufacturers want to set up an assembly plant, they would choose the inexpensive Asian countries. However, if a manufacturer sets up not only assembling, but also prototyping, R&D and human resource development, we increase a subsidy.

You’ve called yourself the CEO of Mie Prefecture Inc. and as CEO you’ve worked fastidiously to cultivate economic relationships with other cities and countries, saying you didn’t want to just set up action-less sister-city programs, but meaningful, mutually beneficial relationships. How important is this personal touch that you bring to the governorship to creating sustainable economic growth?

Regarding the relations with other countries or regions, we would like to focus on profitable and beneficial projects. We have made an MOU with Washington State in the US regarding the aerospace industry.

Mie Prefecture has been very active and strong in electronics, automobiles and petrochemicals, however the next segment for the growth of the prefecture’s economy is the aerospace industry. We have invited the Mitsubishi plant for the MRJ (Mitsubishi Regional Jet). We would like to put more energy and resources in the airplane industry.

We have also concluded a MOU with the Val-d’Oise department in France, where Charles de Gaulle airport is located. This department is the hub for Airbus-related companies. It is one of the centers of the aerospace industry in France.

Another MOU was concluded with Karnataka State in India. Bangalore, the capital of the Karnataka State is called as the Silicon Valley of India. They have a high concentration of IT personal. Mie Prefecture is very strong in electronics, however our IT field has room to improve, therefore by having exchanges with India we will enhance the software capability of our population.

You are very much an ambassador for Mie Prefecture and indeed Japan. As a Young Global Leader for the World Economic Forum you have traveled the world meeting with high level government officials from the US and Europe. Why is now the ideal time to invest in Mie Prefecture?

I think that the five important elements that decide investments are: the scale of the market, the traffic and infrastructure, the concentration of global industries, excellent human resources, and supporting industry with excellent technology.

First, Mie Prefecture has all these five important elements for deciding investment. From Mie to Osaka it takes 1.5 hours, and to Tokyo 2.5 hours; to Nagoya it takes 1 hour. So Mie is located in the center of Japan, so we have that market advantage. Second, Mie Prefecture has infrastructure that connects it to all of Japan. Then, by 2027, between Tokyo and Nagoya there will be the Linea-Shinkansen, so if this service starts the transportation time will be 40 minutes from Tokyo to Nagoya. In addition, we have a concentration of global companies in Mie Prefecture. The fourth element is the human resources, since we have excellent high school students, who always win national competitions regarding manufacturing. We have the young people with highest skills. There was a software competition held in Microsoft headquarters in Seattle, and one student from Mie Prefecture, studying at the Toba National College of Maritime Technology, won the competition. The fifth element is supporting industry – we have great small and medium-sized enterprises that have excellent technologies that support global companies.

How would you like the international audience to perceive Mie? What is the new brand of Mie Prefecture ?