Indonesia finds the right tone from the top

United World sits down with Brian Arnold, President of AmCham Indonesia, to discuss the Jokowi administration’s positive reforms, the importance of their strong implementation, and the potential impact of pending multilateral trade agreements on the business environment. 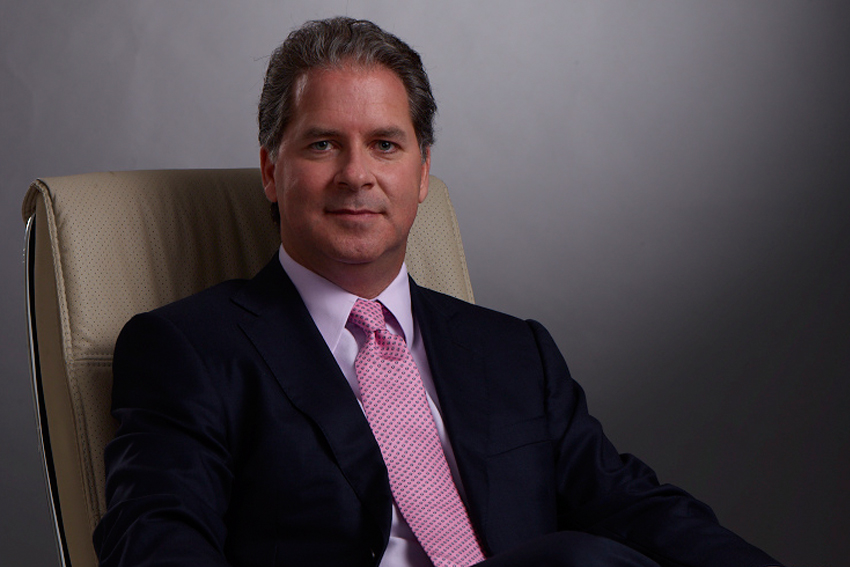 BRIAN ARNOLD, PRESIDENT OF THE AMERICAN CHAMBER OF COMMERCE IN INDONESIA
SHARE

Since becoming President of AmCham in April 2014, much has changed in Indonesia. There is a new government, a raft of economic reforms and a renewed drive towards foreign investment. Reviewing the last few years in Indonesia, how has business sentiment changed?

It has been mixed since 2014. There was initially jubilation from the business community that there was a new government that seemed, at least on the surface, open to foreign investment. I think the change was a little slower than had been anticipated, which meant that the sentiment turned slightly negative for some months. However, more recently, with the cabinet reshuffle in 2015, there was again some cautious optimism especially after we got the news that there were going to be reforms and economic policy packages, which were well received by the business community.

President Jokowi took his first trip to Washington in October 2015 and AmCham was there as well; we held an event in Washington. The message from President Jokowi’s team was very positive and, from a trade perspective, perhaps the most important announcement was that Indonesia would consider joining the TPP (Trans-Pacific Partnership). We think both that announcement and the reform packages have really set the right tone from the top and it seems Indonesia really recognizes that foreign trade and investment can be good for the country. The message that Indonesia is open for investment is a good message, and Indonesia is a great market, a huge market with many opportunities.

However, the tone from the top is balanced by what is happening in practice. That is where things get a little disappointing; many of the reform packages announced look great, but for many, we are still waiting on the implementation. There are some laws and regulations that need to be changed and that has been a bit slow coming.

When we talk about setting the tone and heading in the right direction, have you started to see the results from that in terms of more investors making moves into the market?

It is starting for sure, but there is still a long way to go. President Jokowi and his administration acknowledge this, but it is moving in the right direction. One of the criticisms of the economic policy packages is that they are perhaps a little unclear in places and, because they were announced close to each other without time to digest all the details, that has added to the confusion. In some ways it has resulted in a slightly uncertain business environment. However, investors are certainly aware of the potential here, it’s a big market, and its part of Asean, so it’s really well placed to be a regional base if the laws, regulations and infrastructure are built up effectively.

In my business at PWC I am advising clients on a daily basis on investing in Indonesia. There has been, and there continues to be, a lot of interest in Indonesia. But it is still a difficult regulatory environment to enter the market. Some end up giving up, choosing instead to focus on other Asean markets. Of course many stick it out, because it is an attractive long term market, but it could be so much more and it could be so much easier. One of the big problems with putting in place these barriers to investment and operating in Indonesia don’t necessarily keep the business out of Indonesia. Businesses will find ways to tap into the market – it is just too big to ignore. But making it difficult to set up shop in Indonesia sometimes drives businesses to find alternatives, conducting business indirectly or informally, often from other bases of operation – thus Indonesia is losing out on tax revenue and job creation and skills transfer as a result.

AmCham was established in Indonesia over 45 years ago, what are your main priorities moving forward?

We remain committed to representing our member companies, which means when announcements are made on particular policies that might be bad for the business environment as a whole, we represent our members and we voice our concerns. We collaborate frequently with the US Chamber of Commerce in Washington. We will collect feedback from our member companies; sometimes we liaise with other foreign chambers to work on joint submissions and sometimes we pursue our own. We focus on working to find solutions to regulatory barriers that make it difficult for people to do business here.

I would have to say that President Jokowi and the administration have been very accessible to the business community – they really do listen to our views and the views of other chambers including the domestic chambers of commerce.

Minister of Trade Thomas Lembong talks about the task ahead as perhaps the greatest policy “U-turn” in Indonesia’s history. With these changes, where do you see the main opportunities for Indonesia?

As I said before, the tone from the top is right, I listen to Mr Lembong speak quite often. I think there a lot of things happening right now that are all pushing in the same direction. In particular, we have the move toward global and regional trade agreements. In the case of TPP, some of the things that we currently have problems with can be solved, as they wouldn’t be allowed under TPP. It is the same with the Asean Economic Community and the trade agreement with Europe, it’s all heading in the right direction, but I think we really need to change the mindset at the working level here.

Indonesia should focus on the opportunities for Indonesia and Indonesian companies which might come out of TPP. There is a lot of talk about “if we do this, they will come in and take our business” whereas it would be better to see it as an opportunity for Indonesian businesses that will be looking for growth outside of Indonesia. The focus needs to shift.

Looking closer at the business environment, where are some particular points where existing companies have found challenges?

Some of the biggest announcements in the recent economic packages have been around tax, giving incentives such as tax holidays. These are all good. However, despite these positive announcements about specific tax incentives, companies are still having many problems dealing with the overall general Indonesian tax environment. A multinational trying to be transparent and playing by the rules sometimes finds itself with big assessments from tax auditors that are looking to meet their revenue targets.

This often means the taxpayers end up in court to contest, and can often be successful at that level but this can take years with all that money and those resources tied up in the process rather than re-invested for business expansion. I have had a number of members of AmCham tell me that they are holding back further investments because they are waiting on court cases which have significant amounts of money tied up. On the surface the tax system is not all that bad, but there needs to be clearer regulations and fair and consistent enforcement.

As the economy is rebalancing away from commodities, the government is promoting opportunities in alternative areas and industries. Where do you see opportunities for more investment?

The balance is certainly shifting, and its shifting the world over, that’s just economics. There are many opportunities in all sectors really. It is true that Indonesia does need to diversify the economy and attract more investment from areas other than the natural resource sectors. Its already happening and with better laws and regulations you would see even greater inward investment. I would also say that there tends to be a little too much focus on trying to force local manufacturing, while there are other high value types of investment and activity that would be beneficial for Indonesia such as the services sector and the creative economy, bringing more technology R&D that would all bring much more value to Indonesia as opposed to just seeking pure manufacturing.

Indonesia has been promoted internationally with the brand “Remarkable Indonesia” since 2013. A lot has changed since 2013, much of it positive and pro-investment. How would you change the Indonesia brand if it were up to you?

The one thing I will say, and I say it often, Indonesia does a very poor job of promoting itself overseas, particularly in the US. We find this particularly in our annual AmCham door knock to Washington. It always comes up, we see some people and we tell them the whole Indonesia story and at the end they are always saying, “wow, I never knew about that”.

Indonesia’s got a great story, a huge population, a rapidly developing economy, vast natural resources and incredible natural beauty. But what Indonesia doesn’t do is get the word out enough. Even in my own experience, before I came to Indonesia I had a completely different image in my mind than what I found here, and since being here my eyes have been wide opened. That’s why I think Indonesia really needs to get out and brand itself better, whatever that brand is, because it really is an opportune place to do business. Indonesia is a great story and the story is just not getting out there as much as it should.