“The impossible has already been done; miracles take a little longer”

A new era of governance is attracting high-level international attention and clearing away old hurdles to investment and enterprise. Sri Lanka’s Minister of Finance Ravi Karunanayake discusses the new approach to business and international relations sweeping in following the presidential elections in January. 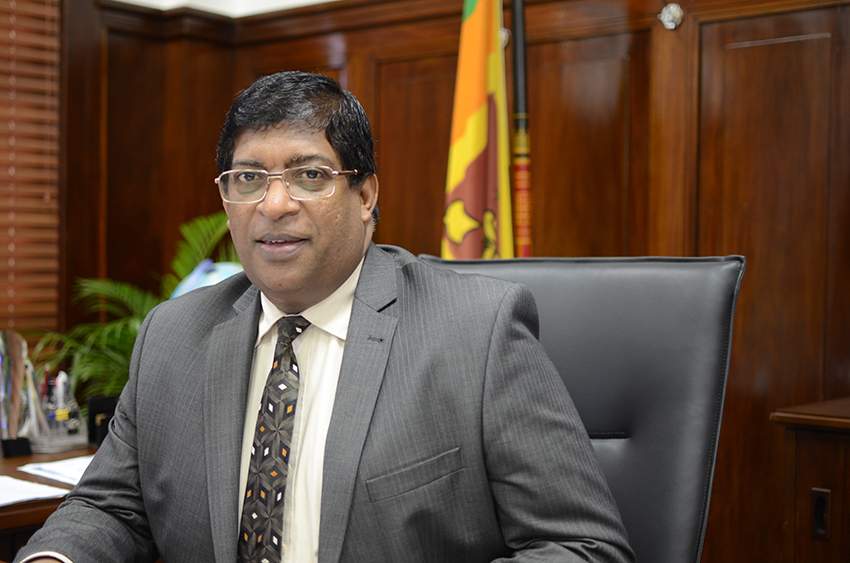 The financial sector in Sri Lanka has undergone several reforms aimed at strengthening the institutional framework and decreasing government direct involvement in financial delivery, since the early 1990s. And in terms of outreach of financial services, it is quite extensive with 82.5% of households having accessed financial institutions for savings (75%) and credit (47%). Sri Lanka performs reasonably well in terms of rate of deposit accounts and loans compared to other countries in the region. While there are 1,118 and 364 deposits and loan accounts respectively per 1,000 people in the country, India has 443 and 78 deposits and loan accounts. What role does Sri Lanka’s financial sector play in the region?

We would love to play a much bigger role than what we currently do. Due to our unfortunate history of civil disturbances followed with human rights issues, we have lagged behind, and not received the attention this nation deserves.

We have always been an economy that has been very closed, however the new government is introducing a new discipline with transparency at its heart.

We are ready to capture the world’s attention by winning people’s and international business communities’ hearts, communicating that Sri Lanka is back on the map.

With the more direct and more open foreign policy, how successful do you think the current government is being to showcase and increase their role within the region and internationally?

I think the showcasing has worked, especially with President Maithripala Sirisena and Prime Minister Ranil Wickremsinghe winning in the January elections.

We have certainly captured the regions attention. Internationally we have also been active, with US Secretary of State John Kerry’s recent visit to discuss new bilateral relationships.

This is something the President’s manifesto says, a new era of governance. In terms of the financial sector, to what extent would you say there will be a new era in the finance sector – more changes, more growth?

I would say in every way, any area that has duplicates, anarchic laws, all of them will be changed in order to modernize ourselves and in order to leapfrog into the new financial spheres so that we can take advantage and move forward.

An example is the “one-off tax” we introduced during the first 100 days of changing government. There were some companies that had political patronage, and as a result, they were making undue gains at the expense of the Sri Lankan economy.

So it was not something we went on retrospective effect taxation; we only targeted certain companies that had made a fair amount of money from more or less political patronage.

All the companies have accepted the one-off tax in good spirits and have increased their confidence in the new government.

During your keynote speech at the 18th Asian Investors conference, you spoke about the need to use foreign investment entry to attract more foreign direct investment (FDI). In fact, South Asia Economic Focus Spring 2015 actually reports that Sri Lanka attracts less FDI than expected despite its geographic situation, despite its human capital, etc. Can you expand on how the Ministry of Finance is working to expand what they have currently in terms of the FDI flow coming in?

While the end of the civil war led to expectations of much higher FDI, this has not been realized. The only substantial FDIs have been in the hospitality trade.

What is needed is not merely an increase in FDI but also investment in key areas of manufacturing. Consistent macroeconomic policies, good governance, consistent market friendly policies, healthy economic indicators, guaranteed property rights and the rule of law are required to attract higher levels of FDI.

In response, what we did first was to take the distortion and imbalance that was there and made sure we had an even playing field.

Our number one priority has always been to encourage domestic growth through local companies, and if this was not possible we encouraged international organizations to form a partnership with the local company.

If both were not possible, then we got the foreign direct investments coming in. There we basically made an opportunity whether it was going to be a BOT (build, own and transfer) or BOO (build own and operate), or whether the merger was taking place with a local one.

So you could see that we opened ourselves by eliminating the entry costs. I’m sure you know that previously, entry costs were more prohibitive than the start-up costs for the first two years. But none of them exist now – our job was to eliminate corruption, not to protect corruption.

We implemented higher tax compliance and a wider base. So, we structured, reduced and we gave opportunities, saying we will do more collective things in the future than what was on in the moment.

Further steps are being made, like the Ease of Doing Business website, which was launched very recently. Your vision is very clear, and you’ve stated that your aim is to give up nothing until you can look back and reflect on your efforts and say that you’ve done good for the lives of Sri Lankans. So, what would be your key message to young entrepreneurs and young individuals in Sri Lanka who want to make that change, that pivotal change that can happen in Sri Lanka?

Well, what we’ve done is that we’ve gone on the basis that the impossible has already been done; miracles take a little longer. With that, we got the people of this country to have confidence in the system.