With the belief that “there are sustainable ways of earning profits out of this business and doing the right thing for the society at the same time,” CEO of leading real estate developer Secon, a joint venture between the Saudi Arabian and Egyptian governments, explains how profitable partnerships can emerge from focusing on the needs of society and the environment. 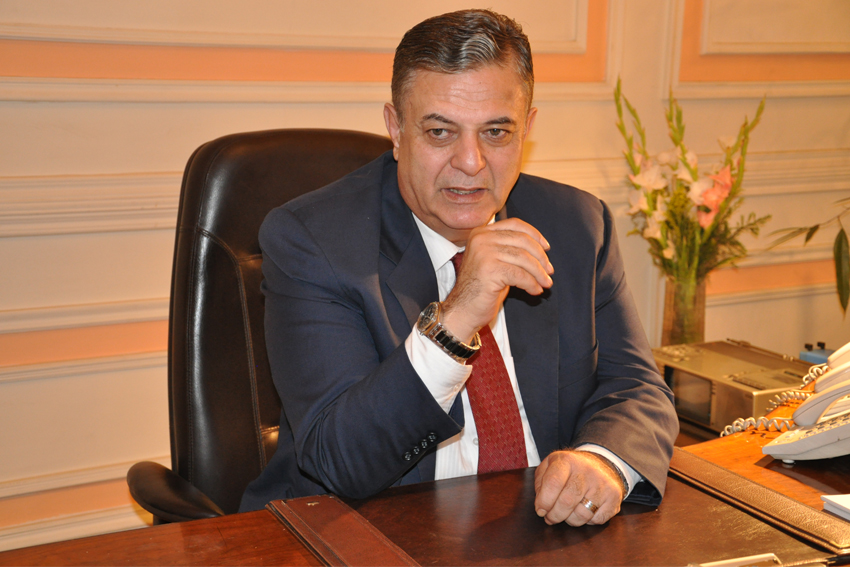 Could you please provide an overview of the priorities you see in Egypt’s real estate sector?

First of all, we need several projects to become active in the short term. President Sisi has already mentioned that there are some mega projects and also smaller scale ones which have to be carried out within a very short span of time. But here the most important thing is how we finance such projects. And at the same time, the government is facing a lot of pressure towards needs that are crucial for the Egyptian people, like housing and improving education and health. Finally, this market also needs to attract more and new investment. This is very crucial in order to improve the economic situation in Egypt. All of this is linked. If we achieve the investment levels, the economy will rise up as it should and we will be able to arrange the services needed by Egyptians and improve their standard of living.

I believe a good example of joint Egyptian commitment towards pushing the economy together was President Sisi’s announcement of the diversification of the new Suez Canal. There are two most important points to take away from this: the President announced that the project would be completed in 12 months, and it was indeed completed in 12 months. It was a huge amount of excavation in both dry and wet conditions, and huge dredging machines were imported from abroad to carry out excavation in wet conditions. The second point, which was a very positive and good sign, was the fact that President Sisi asked Egyptians to participate in financing this project, and Egyptians indeed responded by collecting 64 billion Egyptian pounds just in one week. President Sisi has brought the country together.

What other pressures are there on the sector?

Completing the project on time is one of the big achievements regarding the New Suez Canal project. Now, there is still a lot of effort needed for Egypt’s development in the next five years. For instance, one key mega project that remains pending is housing for lower incomes. And I really hope that in the next five years, we will have solved the problem of Egyptians living in unsuitable areas, under unsuitable conditions. Of course we will achieve this by either improving areas where people are living or building new areas for them to live. Existing areas can be improved and new housing projects carried out to prevent similar problems in the future. I believe there is a 500,000 (unit) low-cost housing project currently in progress.

The other area where we trying to work out improvements are power and electricity. Hopefully solar energy usage will be part of these projects soon. Solar energy is very suitable for sunny countries like Egypt, and it is compatible with smart buildings.

So is Secon switching to solar energy now?

Secon has a project right now of over 68 acres in New Cairo, which is about 2,000 house units, and about 25% of these buildings will run on electricity coming from solar energy.

With regard to Egyptians facing and overcoming different crises, what makes Egyptian people so resilient?

Historically, when they face difficulties, Egyptians always come together to overcome such difficulties. And when faced with difficulties, Egyptians will always find a way to overcome with immeasurable power. Also, if the Egyptian people like the government and feel the government is doing things well, particularly the president, they would give total support. I always say that an honest and good leader is extremely valued by Egyptians to bolster efforts to bail out their country. And President Sisi has this immense virtue in him.

Now, regarding the advantages of having a population of 90 million people, out of this 90 million we have about 40-45 million young people. And we must make good use of the huge number of energetic youth that we have, because they are the ones who represent the future of this country. This would only be disadvantageous if we don’t leverage the situation, if we are not building houses and are not giving them a good education and medical care.

So the bottom line is while we are working on how to improve the country’s economic situation, we should also be worried about how to offer a better standard of living for Egyptians. Economic and social challenges must be linked and faced in a joint parallel and strategic way.

Given that you are kind of in-between the private and public sectors, what would you say the ideal relationship between the two sectors should be?

If we are talking about building a roadmap for new investment in the future, the cooperation between the private and public sector is imperative. This is because we can mostly consider the public sector as asset holders, with the land and different assets needed for any type of project. Then, if we bring in the private sector, which can provide the funding, then the investment provided will be immediately diverted for construction. In the end, profits earned are to be shared based on participation percentages, and part of their distribution could be agreed to be reinvested, for instance. This is how participation on both sides works in this sector and definitely offers an example of fruitful partnership for development. Indeed, this type of cooperation is especially crucial for large-scale and mega projects in Egypt.

As this company is owned by the two most important governments in the Middle East, our name has a pretty important weight. Our clients and the contractors working with us are completely secure that any agreement we sign will be fulfilled 100%; we are very strict on that. The high quality they receive from us accords to what is expected, being always responsible and respectful towards what is agreed.

On the other hand, the calculated increase of our capital came to $143 million. Saudi Arabia paid cash, and the Egyptian government arranged three lands with a total area of about 100 acres, with a market price equivalent to $121.5 million. This comprised of a 68-acre area in New Cairo, a 17-acre area in New Damietta, in the northern part of Egypt, towards the Mediterranean Sea, and about a 15-acre area in southern Egypt. The southern Egypt area project is a middle-class housing project, the New Damietta project was a tourist housing project, and the New Cairo project is above medium class. We have chosen to invest in southern Egypt—we are not creating luxury projects for luxury people. We said this company, which is owned by the two governments, has to take social requirements into consideration. Yes, we have to make a profit, and we are doing so, even with this project in southern Egypt, but also we have to put our social responsibility into perspective.

This is the type of participation that has been in place since the last increase of capital in Saudi-Egyptian construction companies, with Saudi Arabia to pay cash and Egypt to arrange land ready for investment with an equivalent amount of cash. This is a partnership model I believe can be used in general for future investment in Egypt, with other foreign or local investors partnering with the government, putting either capital or land on the table.

For instance, one of our projects conceived for capital increasing, which is in Damietta towards the Mediterranean Sea, is going to be a hotel. It will be a Doubletree by Hilton, and it’s going to have about 110 rooms. After our research in the area, we found that a hotel is badly needed because it is about four kilometers from Damietta Port, which is planned to become the new logistics area in the next five years. Also, along with the hotel, we have plans for building a residential compound, luxury chalets, in the area.

So I can say that within a year, for the first time, Secon will own two hotels: a five-star hotel in the Nile River-Maadi area, and a four-star hotel towards the Mediterranean Sea in New Damietta. On top of this, they also represent the very first hotels not only in Egypt but also in the world owned by the Saudi and Egyptian governments. So it’s quite an achievement.

In fact, there’s that much demand and expectation over the projects that we have already started receiving reservations for our hotel in New Damietta from companies that operate in the Damietta Port, and others who would like to make room reservations in advance for the next five years. That is a very good sign of trust because we haven’t even started. We are still working on the design and there are pending paperwork and documents. The thing is that when we agree on something, they know we deliver in a clear, honest and accurate way. Companies are aware this hotel will be finished within one and a half years and for that they seek to secure reservations from now. So the whole key to success here is doing things at the right time and at the right cost.

What is your favorite thing about being an engineer, bearing in mind everything that you have built to improve the landscape of your city?

Well I would say I have helped in improving the landscape overall because what I am doing now is trying to focus on environmental protection while managing this business. Regarding this, we try to use sustainable building materials that would be compatible with smart buildings. We have to make efforts to minimize pollution in our city. It is not a matter of profits alone. We also play a part in society, and thus it is our social responsibility to be active and help our government in smart building. The immediate costs for us could be a little bit higher, but in the end you can see it as an investment in our future generations. In this matter we try to help the government in what I explained before, offering better standards of living for Egyptian people. I believe there are sustainable ways of earning profits out of this business and doing the right thing for the society at the same time.