As an advanced country in its region, Malaysia has the potential to become a regional hub in South East Asia. One CEO of a company which has experienced Malaysia’s growth, Tan Sri Lourdenadin, explains to PM Communications what the opportunities and challenges are for the country in the near future. 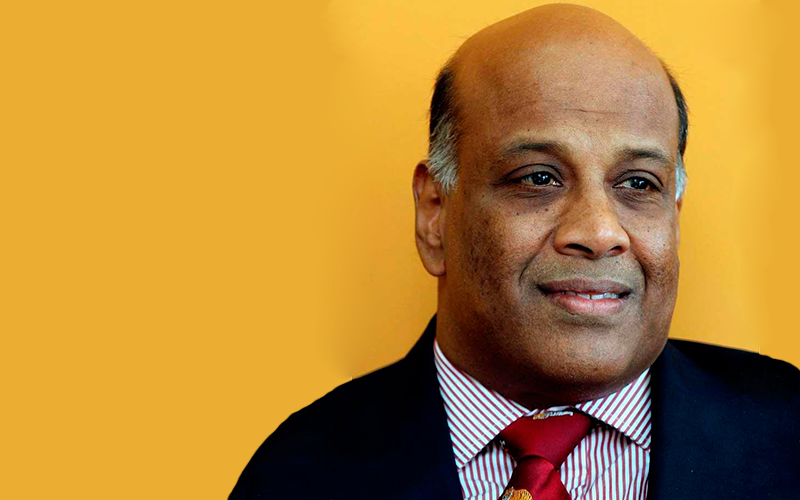 What is your view regarding Malaysia’s potential to become a regional hub for South East Asia?

Firstly we must look into the current situation in Asia. The continent is positioned between two very large countries: India and China. With respect to China, we are witnessing a new wave of growth, also in military terms, with disputes regarding the South China Sea that haven’t been perceived positively by global powers. For that reason global investors have been looking into other Asian countries in order to allocate their resources. When you consider South East Asia, there are many reasons to take into account that make Malaysia one of the destinations that MNCs look to come to.

Malaysia is a country with political stability, a good level of industrialisation and a large surface of unexploited land. We are very well connected with world-class infrastructure and we are right next to a global financial hub (Singapore). I am confident about the development of Malaysia and I believe that the country can benefit from current regional affairs with China.

Looking at the ASEAN region, Thailand has been facing political unrest for many years now and global investors do not see the instability favourably. Our economy is much more mature and diversified than the one in the Philippines. I believe our biggest competitor within Asia is Indonesia. So, in short, when it comes to Malaysia I have to say I am quite bullish as I am certain that for all the aforementioned reasons, we are very well positioned in the global market.

The AEC will be established in 2015 and will definitely provide new opportunities as well as challenges. How do you think AEC will impact Malaysia?

The reality of the single market coming into effect is relative. Because of economic interests we will never be able to form a block as the European Union. The direction is the right one but far from having the ideal. If you look into intra-ASEAN trade it is very low. Our biggest trading partner is China and not our neighbours. However, I see good synergies between Malaysia and Singapore. There is a will to increase trade of financial services and added value sectors.

Can you share with the readers of The Daily Telegraph what was the genesis of MBf and your strategies for future growth?

MBf used to be a public company. Then we bought back the shares and privatised it. As of December 2012, we recorded a net profit of RM385.2 million. It principally started as a UK-based property company. I started in the medical field; however, I was always very interested in business. In the early 1970s I became a property dealer. I started with some prestigious projects, including the Renaissance Hotel in London.

We trade under the name of MBf though 90% of our business is outside Malaysia, mainly in Papua New Guinea and Fiji. We are the largest trading company in the South Pacific. In terms of future prospects, the growth rate in this region is remarkable because we are catching up and emerging in the global market.

How would you describe the benefits of establishing an HQ in Malaysia for British MNC’s?

We need to first define what we refer to as an investment. There are investments aiming at gaining a share of the domestic market; and other companies that allocate their FDI in a country and utilise it as a gateway to the rest of the region. The former kind of investment occurs in large domestic markets. While if we consider the latter, I think Malaysia is excellent, even we do it!

I would encourage companies that want to place factories or regional headquarters here and take advantage of the connectivity and trade routes within the region as Malaysia is a great place to do it. What Malaysia can offer is a low cost and value-for-money platform that allows you to expand your business to the rest of the region. Moreover, from a human capital point of view, you can rely on very well educated mid and high-level management human resources.

ASEAN is a fast emerging region. We are growing on average at 5-6%, whereas Europe has plunged into crisis in 2007-2008 and it’s still in recession. Malaysia offers good value for its money in terms of investment.

Talent-based industries such as design and creative businesses are some of the areas providing the highest return on investment, and I believe British SMEs should look into that sector.

You have a strong personal linkage to the UK, as you studied at the University of London. More importantly, you were on the Queen's birthday honours list in 2013 - Queen knighted you for your work in Fiji and Papua New Guinea. What does this very important title represent for you?

It definitely represented the pinnacle of my career. Anybody that comes out of the UK would be proud and I feel honoured for having received it.

We operate at every level of our society. There is still a large proportion of the population in this region of the world that lives below the poverty line. Many of these very poor people survive only because of the richness in natural resources. We have very rich soil; and an abundance of coastline which provides plenty of fish. Nothing could be taken for granted in any of these areas because of recurring natural disasters, such as volcanoes’ eruptions, typhoons, and tsunamis.

In these areas we keep our activities in the plantation business even if it’s not profitable.  Our responsibility is somewhat daunting, because we have to provide everything, from food to education and healthcare. So a large share of our resources and CSR activities goes into schooling, health, and disaster relief programmes. In addition, we are also focusing on inter-faith initiatives whereby we build churches and temples in order to shape a harmonious environment, particularly for children, in these underprivileged areas.

We’ve been very active also in curbing HIV infiltration. In the early 2000s, in some states of Papua New Guinea and Fiji the rate of HIV-positive people was as high as 30-35%. What was clear to me was that driving the necessary cultural change would represent the toughest challenge. So, we have driven programs aimed at increasing awareness regarding HIV in remote regions by providing, basic sexual education and encouraging early testing.

Our effort has been recognised by various governments and the Asian Development Bank (ADB). We spent a remarkable amount of funds on these large campaigns and then ADB came in with two grants of USD $2 million. Therefore, we were able to expand our reach from 500,000 to 4 million people.