FINANCEEUROPETAJIKISTANFINANCEEASTERN EUROPE AND THE CIS

Originally established in Tsarist times, Amonatbank has evolved to become a leader in the Tajik banking sector 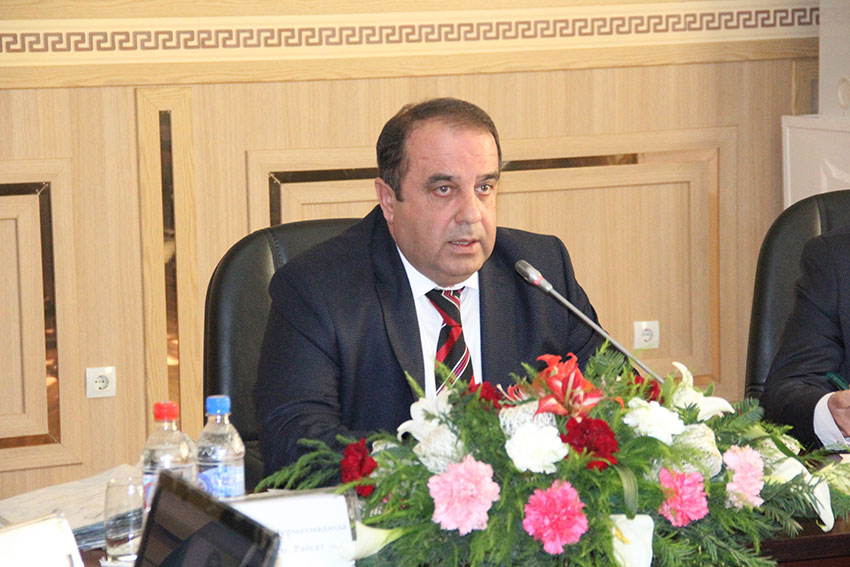 The State Savings Bank of the Republic of Tajikistan, (Amonatbank) will celebrate its 130th anniversary this month. Could you tell us about the history of Amonatbank and how it has adapted to changing times?

As you correctly pointed out, our bank has a long history. In fact it was first established in the city of Khujand, located in the north of the territory of contemporary Tajikistan. This took place in March of 1885, when the first loan and savings banks was opened. By the end of the XIX century similar banks were opened all over the country and in 1900 they were renamed The State Savings Bank.  During the formation of the Soviet Union, these banks merged into the State Savings Bank of Workers (Gostrudsberkass).

Nowadays, the State Savings Bank of the Republic of Tajikistan – Amonatbonk - is a financial intermediary of the Government of the Republic of Tajikistan in the implementation of socio - economic policy. This is primarily aimed at improving the quality of life of the population. Amonatbonk, as an agent of the government serves public sector institutions and all categories of pensioners of the country.

Amonatbonk has constantly developed credit programs in order to offer affordable loans to customers. This includes funds aimed at the development of various sectors of agriculture in the regions as well as industrial production.

How extensive is Amonatbank’s network today?

Currently, Amonatbonk is represented in all regions, districts, cities and inaccessible localities of the country with modern banking centers for carrying out operations and providing quality customer service.

In order to improve service quality, 16 new banking services centers were constructed and put into operations in 2014. An overhaul of 21 branches and 144 banking service centers also took place last year.

What role does technology play in achieving Amonatbank’s goals?

The bank currently serves more than 623,000 customers through use of bank cards. As a result of the hard work of Amonat employees in introducing bank cards into the national payment system, 32 branches of the bank were able to transfer over to the new cashless payment mechanism of the pension by the end of last year.

The terminal network of the bank was also expanded. In 2014 the number of ATMs increased to 141 with point of sale (POS) terminals increasing to 560. In 2014, Amonatbonk put into practice the automated system of collecting utility payments that promoted transparency and efficiency in the settlement of bills.

The development and introduction of new banking products to improve the level of service and to attract an even greater number of customers is a priority in our business.

How do you work with foreign institutions?

The development of partnership and cooperation on an international level is one of our strategic objectives, primarily based on strengthening Amonatbank’s capability. For example, since 2008, we have been working in collaboration with the Islamic Development Bank and the China Development Bank, to strengthen the capacity of our bank. This cooperation includes introducing modern technologies and providing training for staff in accordance with international standards. As previously mentioned, the acquired technology, as well as the experience and know-how transferred to our employees, are considered as invaluable support for our operations.

Since we are a state-owned bank, we work within the framework of national programs aimed at the development of the economy of the country and reducing the level of poverty.

With that goal in mind, we cooperate with the leading banks of the Inter-Bank Consortium of Shanghai Cooperation Organization, as well as the Asian Development Bank, the Islamic Development Bank and a number of other banks.

What opportunities exist for partnership between US banks and Amonatbank?

We see the prospect of extensive cooperation with our colleagues in the United States as being very promising. Establishing links and opening correspondent accounts is just one area that promises a very lucrative business, both for us and for potential US partners. There are numerous cross-border transactions in US dollars conducted in Tajikistan every day. Unprecedented investment in billions of dollars aimed at developing energy, transport, infrastructure and other sectors are evidence of cash flow from investing countries, including the United States.

Therefore, we invite American banks to cooperate in order to open correspondent accounts and to meet the needs of this unfilled niche in the market of Tajikistan. We expect growth in filling this niche alongside an increase in the implementation of long-term, large-scale projects, as well as government initiatives aimed improving the ease of doing business in the country.

Your readers may or may not know that the level of economic development of Tajikistan was highly rated by the World Bank. Furthermore, over the past decade, Tajikistan has made great progress in economic development, poverty reduction, and good results have been achieved in the field of education. If you look at the activities of the International Finance Corporation (IFC), you'll notice that this organization, based in the United States, has a good record of results in terms of its investments in Tajikistan.