HSBC has played an integral role in Egypt’s financial system for more than 35 years and is now supporting the development of the future economy in line with Vision 2030. In this interview, Jacques-Emmanuel Blanchet discusses how HSBC Egypt is helping to attract and facilitate foreign investment in the country. 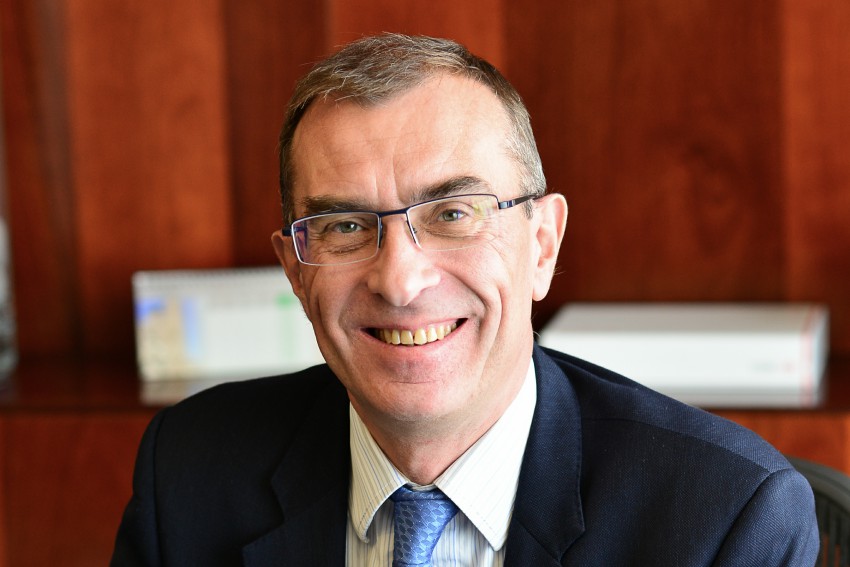 What is the role that HSBC Egypt plays within the Egyptian banking system?

HSBC plays a very big role in the banking industry being the largest global bank and having a strong presence in Egypt. HSBC has been in Egypt for 36 years with a significant capital and people commitment, which has resulted in the bank consistently maintaining a leading position as one of the most active multinational financial institutions.

We bring HSBC’s strong global network with its presence in 66 markets, which gives us an unrivalled ability to connect Egypt both with the developed as well as the fastest-growing international markets.

We are a big team in Egypt and a large country within the MENA Region, offering a full suite of Retail and Wealth Management services presented through 61 branches, mainly in Cairo and Alexandria, as well as corporate and investment banking capabilities. To that purpose HSBC Egypt has dedicated Global Banking and Global Market Teams with sector coverage for Financial Institutions, Public Sector, Multinationals and Corporates, all being fully supported by Group expertise

All teams provide innovative ideas and solutions from around the world to our client base in Egypt, including a very strong digital offer.

This is an absolutely critical point because our role is not only to support local economy and businesses but also to support in bringing foreign investments into Egypt. In this regard, we have taken a certain number of initiatives.

Late 2016, we signed a Memorandum of Understanding with the Ministry of Investment and International Cooperation to support Egypt’s strategy to attract foreign direct investments into the country through our global network. Through this partnership we are committed to helping to promote Egypt as a country for inward investment and to support Egyptians who have global aspirations and want to export.

As part of this partnership we have also arranged a number of events to promote investment in Egypt.  We regularly hold events that are attended by clients and international investors to brief them on Egypt’s trade and investment landscape. Given HSBC’s unrivalled international expertise in China we arranged a roadshow for corporates, institutions and government in Guangzhou, Shanghai and Beijing in last September. The reception to the Egypt story was so strong it was followed by an official Non-Deal Roadshow in December 2018 for the Egyptian Ministry of Finance as part of its funding diversification plans.

Also we are creating a China desk here in Egypt, with a relationship manager based in Cairo dedicated to building business connections for customers through HSBC China. This will help us bring new investments and Chinese businesses to Egypt with the support of someone here in Cairo who speaks Mandarin and understands the Chinese culture. We are also thinking of adding another road show this year to the U.S for promoting Egypt.

A final point, which is important as well, is not attracting only industrial investors but also financial investors to Egypt. We are extremely well positioned for this. You mentioned that Egypt as an emerging market is competing with a certain number of other similar markets like Turkey, Argentina, and others. This is totally true. What we’re able to do at HSBC is explain Egypt to foreign investors to help them understand the economy in its international context, to understand the opportunities there are here, and to help them make investment decisions accordingly.

Yes of course, this is a significant sector in Egypt and as I mentioned we have a dedicated team that is working in close collaboration with these public companies. We have completed some very big deals for the Egyptian Electricity Holding Company.

HSBC works closely with the Central Bank of Egypt and other key public sector institutions to help create a stronger and more stable economy.

HSBC has helped deliver some of the most significant transactions and initiatives in Egypt in recent years as part of the government’s ambitious economic transformation programme, arranging transactions in excess of $10 billion supporting the Public Sector, as well as being lead arranger for the sale of $4 billion of Eurobonds for the Ministry of Finance.

Also, the $2 billion funding package, provided to Egypt in early November 2016 in the form of a reverse repurchase agreement, was hailed as being a key factor in the dramatic turnaround for the Egyptian economy. In a further vote of confidence in the HSBC-led consortium, the Central Bank chose to renew its funding deal in November 2017 and again in 2018 with better terms

This was recognized by the highly regarded “Central Bank Publications” international news service as being the key factor in the dramatic turnaround for the Egyptian economy. This was not funded by HSBC Egypt, but directly by our Group, which demonstrates the importance of being a Global Bank.

HSBC has been named “Bank of the Year for Governments” by International Financing Review, with HSBC Egypt’s work cited by the judges as a prime example of market leading best practice in this area.

You’ve mentioned the role you played in 2016 with the central bank of Egypt. How is HSBC positioning itself through the period of economic reforms until today?

It has been a challenging time for sure, but our role was to strongly support our clients. I remember very well because I have been HSBC Egypt chief executive officer for the last five years. There was a time when there was a shortage in the foreign currency markets and that was clearly a huge difficulty for most of our clients. Being a multinational bank and the core bank for most multinationals here in Egypt, a lack of foreign currency I saw us handled a lot of requests coming from clients looking for support at that time.

After liberalization of the EGP, we played an important role in supporting our clients to get over all impacts including scrambling with inflated foreign currency debts, we understood our customers’ individual positions and we were able to put realistic solutions in place. We supported strongly the repatriation of foreign currency as soon as it was available. And, as I mentioned before, we have been in contact with most financial investors coming to Egypt.  We have been also a strong contributor for foreign currency inflows into the inter-bank market. HSBC has demonstrated its resilience during a difficult time but, more importantly, we have demonstrated our ability to be extremely flexible and to be extremely open and to be extremely supportive to our clients, when they were highly impacted before the foreign currency liberalization; or after.