Interview - December 2, 2013
The Islamic International Rating Agency (IIRA) is the sole rating agency established to provide capital markets and the banking sector in predominantly Islamic countries with a rating spectrum that encompasses the full array of capital instruments and specialty Islamic financial products, and to enhance the level of analytical expertise in those markets. In an interview with Worldfolio, Sabeen Saleem and Faheem Ahmad of the IIRA talk about the Bahrain's financial sector and the intricacies and growth of Islamic finance 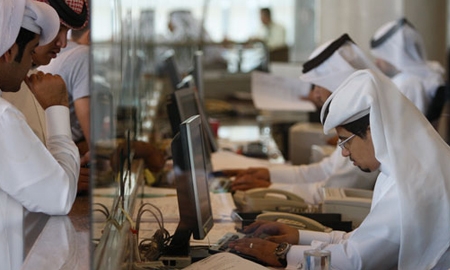 SABEEN SALEEM | CFA – CEO THE ISLAMIC INTERNATIONAL RATING AGENCY (IIRA)
What is your assessment of the 2013?

Mrs. Sabeen Saleem: 2013 promises to be a good year. There are two sides to banking: wholesale banking and retail. Wholesale banks have started to post profits in 2012 and 2013 after a couple of years of suffering after the global financial crisis.
Mr. Faheem Ahmad: They were mostly investing in real estate.
Mrs. Sabeen Saleem: Real estate is the major business. They were exposed but you can see the recovery in 2012, especially in 2013.
Mr. Faheem Ahmad: Many projects have undergone restructuring.
Mrs. Sabeen Saleem: If you look at construction activity in Bahrain, a lot of projects are being completed, which were previously at a standstill. You are seeing signs of slight improvements in property sales and construction.
Mr. Faheem Ahmad: Saudi Arabia has extended a lot of support to Bahrain in the past. They announced a few months back about the investment planned with regards to the railway connection. I think at the end of the day, Bahrain will also naturally tag along with Saudi’s growth. That is the key. They are very much interlinked.  The GCC is one body in my view.
The Central Bank contributed to the resilience of the sector during the crisis. What other factors do you attribute to this resilience?

Mrs. Sabeen Saleem: It has long been considered as one of the best central banks in the region. Once a set of regulations is out, the level of compliance is very high. If you look at the entire banking sector, there is very strong disclosure and quality in regards to capitalization and transparency. For Islamic institutions, AAOIFI (Accounting and Auditing Organization for Islamic Financial Institutions) standards are being used. I also think the Central Bank plays a very important role in supervision in the sector. They take their time and the work they do is very comprehensive.
Mr.Faheem Ahmad: KYC (Know Your Customer) is very strong here. There are tough anti-money laundering policies and rules and regulations. I think it is a very resilient central bank. We are working in about twelve Islamic countries, and we find the central bank of Bahrain (CBB) to be one of the prime examples.
Mrs. Sabeen Saleem: It has also played a pioneering role for the region. Bahrain is generally one of the first to adopt a new set of rules and regulations, the rest of the banks in the region tend to follow. We are not necessarily talking about the GCC Central Banks; we are talking about other Arab central banks. Bahrain has traditionally been a hub for the financial sector and particularly for Islamic finance.  Today there are other competing financial hubs that all are vying for attention, like the UAE and Riyadh. However, Bahrain has traditionally been the centre so the CBB has been one of the pioneers in terms of new regulation. Having said that, a lot more is required to maintain the edge.
Mr. Faheem Ahmad: I think the royal family has been very visionary. In the Gulf region, the royal families are very well established. There is a lot of support for infrastructure development and financial development, rules and regulations, and the judicial system.
Mrs. Sabeen Saleem: The monarchy here has done well to improve people’s quality of life. There is not a disconnection as you see in some political systems. They have a long-term stake in their people.
Mrs. Sabeen Saleem: There is talk about more economic unification and I think that is a very important development.
Mr. Faheem Ahmad: It may not be about a common currency, but they are facilitating each other in several other ways.
Mrs. Sabeen Saleem: There are some good things that come out of it, like enhancing trade.
Mr. Faheem Ahmad: SMEs and industrialization are very important for going forward.
Mrs. Sabeen Saleem: Also, a more dynamic capital market structure for the country. There should be less dependence on international markets. Saudi Arabia has encouraged a lot of local currency issues. If you are going to grow, then you are going to need funding, so you should have a robust local system. We feel that Bahrain could emerge as a centre for even facilitating cross-border listings coming from Oman or other Arab countries, not just the GCC.
Mr. Faheem Ahmad: The capital market has to grow. Without capital markets, governments cannot continue to fund infrastructure projects. You need PPPs (public-private partnerships).
Mrs. Sabeen Saleem: If you want to work on SMEs and industrialization you should also start working on capital markets.
Mr. Faheem Ahmad:  I think all the ingredients are there. You have got the best infrastructure and good regulators. The next step is that the Government must encourage the local issuances.  This could be the key for Bahrain to take the lead. Malaysia is emerging as an Islamic capital market – it is the largest one in the Islamic world right now. Ringitt based liquidity has also been accessed by some major GCC based concerns.
Mrs. Sabeen Saleem: There should be a set of regulations, which allow foreign listings to come in, and you need a set of regulations specifying the minimum standards and the level of disclosure.
Mr. Faheem Ahmad: Malaysia is playing a very important role. Indonesia is also coming up and its capital market will attract money. Indonesia is the largest Islamic country as far as GDP is concerned.
How do you introduce Islamic banking to western investors? Some people might not be aware of the advantages or the strength of the system.
Mr. Faheem Ahmad: Islamic banking is very young in relation to the conventional system. In 2008, people realised that Islamic banking was different, because it is all asset-based. It is a natural system where you cannot charge money on a consumption loan. You go for business partnerships. How can you charge interest on a personal loan? I think the world is realising this now.
What other factors do you use that other rating agencies for instance do not consider to be a main tool or decisive to rate a market?

Mr. Faheem Ahmad: The IIRA was formed to serve Islamic financial institutions only, the corporates that issue sukuk and industries that conduct Halal business. Other rating agencies do not comment on Sharia governance and asset management because in Islam, I lend money to you as a partner. I should know about my partner and his ability to invest money, I should trust the asset manager, like you do in mutual funds. In Islam, three things are very important: the ability of the asset manager, transparency and whether he is following the Sharia rules or not in his business.
The IIRA has developed a methodology, which is known as ‘fiduciary ratings’. We have gone a step further – we look at the returns given to shareholders and account holders. In Islamic banking, you do not have depositors like in conventional banks – you put your money as a participant in the economic activity. Therefore, the bank is nothing but the asset manager.

Our reports comment on the score of the asset managers and Sharia governance standards. In Islamic banking, if there is a Sharia issue, the people can withdraw their money and it can create a credit issue. People should know more about banking and management. We ought to know what they are doing and why some institutions collapse.
What have you been able to accomplish and what is the future outlook for the agency?

Mr. Faheem Ahmad: Rating agencies are very peculiar in their nature. In the last 150 years, you can only see three or four coming in. They are all affiliated to these three or four rating agencies. If I am not wrong, there are only 70, 80 agencies globally, mostly operating in a localized domain. China is coming up now.
Mrs. Sabeen Saleem: Speaking about the IIRA, we hope that we will do more multi-segmental work. We are already operating in eight different jurisdictions (Turkey, Jordan, Qatar, Bahrain, Saudi, Pakistan and Khartoum and Iraq). Some very exciting new work is coming our way. Markets like Iraq and Sudan are very rich in Islamic finance, unlike other markets where you find a few institutions, Sudan has a completely Islamic system. Even in Iraq, the penetration of Islamic finance is very significant.
We would like to do more sukuk. We are basically sponsored by the IDB and ICD and certain other major Islamic financial institutions (the big ones). Ratings are a very important part of the transparency you require in order to build a capital market. Basically, our objectives are primarily in countries that are emerging Islamic countries. We want the system to develop. We want investors and borrowers to have a choice by making local markets more resilient. That is our objective in multiple jurisdictions.