We have witnessed in all international communication media that Latin America is deemed as a priority for the US government. Let us talk about this strategic approach of the Obama administration for Colombia. 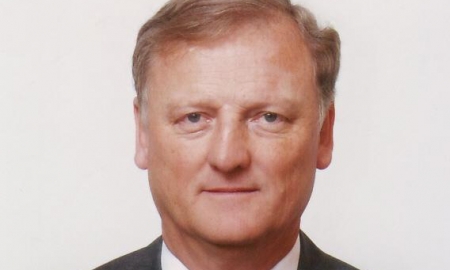 We have witnessed in all international communication media that Latin America is deemed as a priority for the US government. Let us talk about this strategic approach of the Obama administration for Colombia. What are the main objectives and what benefits will both parties have?
The relation between Colombia and the United States has lasted for a lifetime. From the commercial perspective and from almost every economic point of view, the US is our main ally so it impacts exports, the number of exports, cooperation and foreign investment intended for Colombia. The United States is still Colombia’s first commercial partner. Thus, every bilateral relation with the US bears great significance for us.
From the US point of view, if we understand it from the Colombian perspective, our natural markets are always neighboring markets. US neighbors are usually Canada and Mexico since those are their land borders. However, since we are separated by the Caribbean Sea, we are also their neighbors. Colombia is two hours by plane from Miami (the same distance from Bogota to Cartagena or Washington to Atlanta). Colombia is in the vicinity of the United States.
Moreover, Colombia has historically been considered the main ally of the US in Latin America. We have always voted in favor of the United States at several international institutions (UN, OAS) and we support them in many causes. Colombia is currently cooperating with the United States in military personnel training in Afghanistan and we are cooperating with the police on drug issues in Mexico and Central America.
From the US perspective, Colombia should be deemed as a potential market and a country to have stronger relations with. Additionally, Colombia is gradually becoming a more popular one among other emerging countries. We are a stable country with a very old democracy. Our last dictatorship occurred in the year 1953 due to a coup d’état, which was not violent and was then considered as a coup of opinion. Despite the crises that cyclically occur in some countries, Colombia has never been in default as far as foreign debt is concerned. Consequently, it must be a very interesting country for the United States. Some of our agricultural products used to be very important. However, they are not as important anymore. Given the fact that they have not been making decisions on a Free Trade Agreement that we signed in November 2006, they have lost competitivity because the world continues spinning. Colombia has performed agreement negotiations with other markets and those with which we have implemented free trade agreements have been reducing tariffs as planned. Thus, products from those countries tend to be more competitive than products from the US.
What are the greatest strengths of Santos’ government team? What are your predictions in the medium term?
The strengths of this new Administration are many. It is a totally coherent and also very technical Administration. It is a political one as well and it is surrounded by first class people.
Perspectives for 2011 seem to be good because a series of actions have been taken, from which we are going to reap the rewards next year. I would say that the most important of these actions is the royalty issue. Colombia has gradually become a highly attractive country for hydrocarbons, coal and gold mining, and all these products generate royalties for the country, which by law today mainly belong to the region producing such minerals. The reform that the Government is filing wants those royalties to be equally distributed through the entire country and there will be control so that this money is not squandered. New resources are going to be generated in sectors where Colombia really needs them, especially concerning infrastructure.