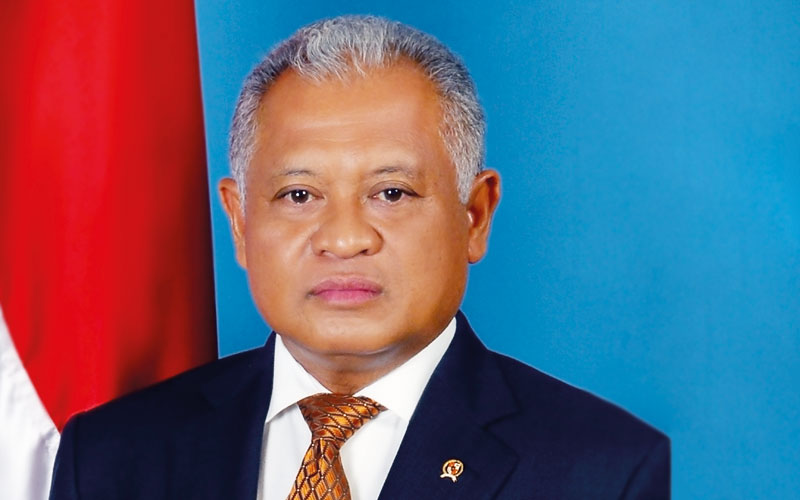 IF POSSIBLE, THE EQUIPMENT HAS TO BE MADE IN INDONESIA, BUT IF NOT, WE WILL ASK LOCAL COMPANIES TO CREATE JOINT VENTURES WITH INTERNATIONAL DEFENSE INDUSTRIES... OUR DEFENSE INDUSTRY SHOULD BE SELF-SUFFICIENT BY 2029” PURNOMO YUSGIANTORO, MINISTER OF D
SHARE

There is a renewed sense of optimism within Indonesia’s defense industry, thanks to the State’s series of programs to not only modernize the Armed Forces of Indonesia (TNI), but also boost indigenous manufacturers of military equipment. A 2012 law enacted by President Yudhoyono, a retired three-star army general himself, decreed that TNI must purchase the majority of its weaponry and vehicles from Indonesian companies, who in turn are encouraged to negotiate agreements and joint ventures with foreign defense firms in order to gain access to advanced technology.

Defense Minister Purnomo Yusgiantoro speaks with United World about the evolution of the defense industry over the past several years, and his expectations for making it self-reliant.

What is your strategy to modernize the military and improve the efficiency and overall capacity of the defense industry?
The economic crisis of 1998 did not only mark a change from an old era into a new era in Indonesia; it was also the time when the old government was transformed into a newly reformed one. Therefore, the crisis also marked the beginning of the new era of democratization in our country and that is very important.

On the economic side, it took us a while to recover from the 1998 crisis. Our priority was to focus on the economy and social welfare and it has only been over the last five to 10 years that our economy grew stronger. This was also the time for the defense industry to recover.

The overall economy has been gradually improving and the government has been able to increase the budget allocation for the defense industry and the armed forces. I believe that in this cabinet we have a very good starting point to boost the industry as we received the highest proportion of the budget so far for defense purposes. Our current budget is close to 1% of the GDP.

From 2000 until now, the budget has increased tenfold.

In 2010, the government established the Defense Industry Policy Committee (KKIP). What led to the establishment of this committee and what role does it play together with the Ministry of Defense in optimizing the operations of Indonesia’s armed forces?
In the past, before we formed this Committee, there were several ministries taking care of the defense industry – the Ministry of Industry, the Ministry of State Owned Enterprises, the State Ministry of Research & Technology, and the Ministry of Defense. There were many fingers in the pie, which was not good as it was slowing things down. So I put forward the idea to the

President of forming one body to take care of the defense industry. The President agreed and the Committee was formed under a presidential decree.

As a result the work in the defense industry has been synchronized and so far, and it has been working very well. The defense industry is growing; some of the companies can now supply equipment to the army, the navy and the air force. Some have even started exporting which demonstrates great progress.

In 2010, the Ministry of Defense elaborated a 15-Year Strategic Plan under which $15 billion was to be spent during the first phase due to end in 2014. Can you tell us more about this plan and its objectives?
The 15-Year Strategic Plan is related to how we can empower and strengthen the defense forces. We have three components in our concept – the first is research and development (R&D) and we have to develop our capacity in this area; the second is the defense industry, which has to be supported by R&D; and third are the armed forces which have to be supported by the defense industry.

For 2010-2014, the main components are to emphasize the principal of zero growth and right sizing, meaning not to add to the number of personnel, but to organize and position all personnel according to their competence, and this goes for every position in the organization. The armed forces development is directed to strengthen interoperability among services, in order to enhance its joint operation on the field.

For the ground force the main focus will be on developing its capability in the field of maneuverability and fire support, along with the transformation of its doctrine, training and leadership education system. The main focus for the sea force will be on changing its organization, while the air force will be focusing on the process of adding new combat squadrons.

For 2015-2019 the main focus will be a continuation of the previous five years. The ground force will focus on the enhancement of its air defense, mobility/counter mobility and utilization of nano-technology in combat intelligence. The navy will continue changing its organization with the development of working units. The air force will continue on the previous five years.

What are your priorities in terms of military modernization?
Indonesia covers a wide area on land and sea, with a very large population and abundant natural riches, so the military has a big responsibility. Therefore, modernization of the Indonesian military (TNI) is necessary in order to ensure the sovereignty and integrity of our country, as well as the safety of our people.

We have a program to empower our armed forces. This government has allocated a budget of $15 billion to develop the equipment for the army, the navy and the air force. The government seeks to elevate the independence of the national defense industry, so some of this budget will be directed to local companies. If possible, the equipment has to be made in Indonesia, but if not, we will ask local companies to create joint ventures with international defense industries. We have a step-by-step approach to ask state companies to join.

The form of cooperation concerns increasing local content, technology transfer, and offsets. Offsets means that if we buy from someone, they also have to buy from us. For example, we are cooperating with the South Koreans to develop fighter planes. We have a 20% share, so if the Korean industry makes 250 units of fighters, then we will get 50 units.

The fulfillment of the needs for defense equipment should be sought in the national defense industry and our dependency of products from abroad should be minimized. The government gives guarantees to banks and financial institutions that support the funding of the development and the utilization of the defense industry.

If possible, we will sign government-to-government agreements, under the government’s umbrella. We have had a past experience when our country was under an embargo when we had a problem obtaining spare parts. As a result our fighter planes could not fly. Therefore, now we are looking for company-to-company and government-to-government cooperation to ensure this does not happen again.