The characteristics of Lebanon’s healthcare system is explained by Salam Rayes, CEO of Saint George Hospital University Medical Center, along with what makes his hospital stand out and the challenges facing the country’s international image and its youth. 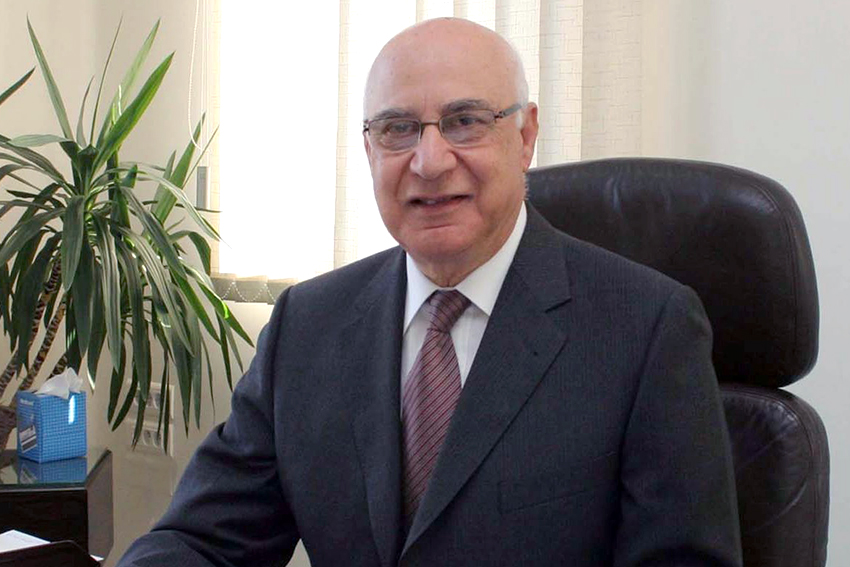 What are the main reasons that would explain Lebanon’s successful healthcare system?

That’s the nature of the Lebanese. We are a country that allows individual initiatives to grow. The healthcare system is not mandated on the country. It is developed by the Ministry of Public Health, but each health provider performs within the country’s national framework of operations. We work individually. We’re not affected by each other in a negative way. Lebanon has succeeded in being the health hub for the Middle East for years. Today, some rich countries in the region have developed their own healthcare systems and they are in some way competing with Lebanon.

How would you say strategy from the Ministry of Public Health helps players such as yourself to develop your activities?

It is a sort of partnership. We are partners with the Ministry of Public Health without being real partners. A strategy projected by any minister at a specific time is not always endorsed. There is nothing mandatory. The ministry has a general framework and we usually work within it. The current Minister of Public Health, Mr Wael Abou Faour, has been doing very well. Everybody is cooperating with him.

So do you believe a much stricter framework would be easier for your activities?

It would be detrimental. Look at what’s happening in other countries. Whenever the structure is mandated, there is no creativity. There is no initiative. There is no growth. The growth is also dictated; you can grow in this area or that area. Here, nobody tells you what to do. You grow whenever you feel you can comfortably.

And for a foreign reader who doesn’t know about the healthcare system here in Lebanon, what would you identify as the major challenges right now?

The main challenge would be the identification of the better hospital or the better provider. This usually takes some time. It is by trial and error. Most of the foreigners coming to Lebanon know that there are three or four top providers of health care. They learn this immediately, the same way they learn about banks, the same way they learn about other institutions. So it’s not very difficult for them to know which the good hospitals are.

In 2004 there was an expansion of Saint George Hospital. What is the strategy for its future development?

It will eventually be a 400-bed hospital, but we are moving there gradually. We started with 200 beds on this facility and we are offering services as we go along.

We are not going to have new strategies. We have already expanded enough. We have grown from a small community hospital to a major regional medical university center. This leap is great and this is something that not many institutions can do. We have a bishop (Metropolitan Elias Audi) who lets us work. He doesn’t interfere with our daily operations and has confidence in the medical staff and their administration. We are not planning to go beyond 400 beds.

You just mentioned that this is a medical base center. Do you think that this is the most important competitive advantage of this hospital?

Not really. The basic advantage we have over other academic medical centers is our Christian ethics. Being a church-related medical institution, we apply them very carefully. His Eminence Metropolitan Elias Audi, Antiochian Orthodox Archbishop of Beirut and its dependencies, is the president of the hospital board of directors. He oversees the ethical dimension and practices in our daily operations. This applies to all, bottom-up. This guiding principle is a matter of pride for people working at Saint George Hospital, and also comforting for patients coming to us.

One of the pillars of this hospital’s operations is its partnerships with other top European hospitals, like in Poitiers, France. How do you work hand in hand with this major European hospital?

These are not partnerships in the full sense of the term. They are rather agreements for cooperation. We send residents, medical students for further training. Our attending physicians also travel for continuing education. International agreements have been made with many French university medical centers like Paris V René Descarte, Paris VI Pierre et Marie-Curie, Paris XI , CHU de Marseille, CHU of Toulouse , CHU de Poitiers, CHU de Lausanne and the CHU of l’Université Libre de Bruxelles in Belgium. The most recent affiliation was in 2014 with Monash Health Care, a major Australian UMC Hospital in Melbourne. More than anything else, these affiliations are important for training residents.

So how do you treat patients from the 15 million Lebanese diaspora, as many of them would be more than happy to come and get treated here?

We don’t target the diaspora for recruitment of patients – we don’t do such a thing. If they want to come, they are welcome to do so. By word of mouth they tell each other to come here.

In 2010 we did some promotion in Brazil and in Argentina, but it was more for fundraising purposes.

For the Lebanese diaspora to come back to Lebanon the answer is very simple. They should have confidence in the country to send their money. So far the situation in Lebanon, because of its geographical surroundings, interferes with plans to invest here at the moment. What we have been receiving is money sent to parents and families of Lebanese people living abroad. And this is a sizable amount, however not for investment.

First it is a product of the country in total, not the health sector itself. Confidence in Lebanon as Lebanon. Look at us. We don’t have a president. How can you tell people, “Come have confidence in a country that does not have a president?” This is not easy. Our economic growth is limited because of political interferences in the country. If they leave us alone we’ll do very well. Nobody wants to leave us alone. That’s the problem.

One of the answers, is the human capital, the human resources...

This is our essence. An unsuccessful person in Lebanon would definitely be successful in Nigeria or Libya or elsewhere. Here they don’t engage in low-level jobs because of their own and family’s pride. When they immigrate, they work on anything. Anything, anywhere.

The youth would remain here if they could see the opportunities. If they go around and find stumbling blocks in front of them all the time, they would lose interest and with it the opportunity to grow. This starts from schools. To begin with, in schools they are not allowed to move forward. They are limited with textbooks and academic programs, and they don’t have many extracurricular activities. Very few schools I know of let students have extracurricular activities. This limits the enthusiasm of the individual and when he or she grows up and goes to work, they are faced with inhibitions and more barriers... nobody wants to get in this position. Instead of having a healthy competition, it turns out to be a negative one. Nobody wants anybody to be his competitor. And the country is small. We don’t have too many opportunities. Look at the universities: they’re graduating how many students every year? 3,000? 4,000? There are no jobs for that many. Unfortunately they have to go.

So you cannot blame the youth for leaving to work abroad because they don’t have any employment opportunities in their homeland. This is also the result of globalization.

How would you like to see this youth situation in the next 5-10 years?

It is very difficult to imagine. They will succeed. But I’m sure half of them would be outside the country like their predecessors. Like my parents, like my grandparents.

Lebanon is more than a country; it is a network and a message.