Peru’s Economy & Finance Minister Alfredo Thorne discusses the nation’s prospects over the coming year, reforms to boost private investment in large infrastructure projects, free trade as an important vehicle for growth, and commercial relations with its two most important partners: the US and China. 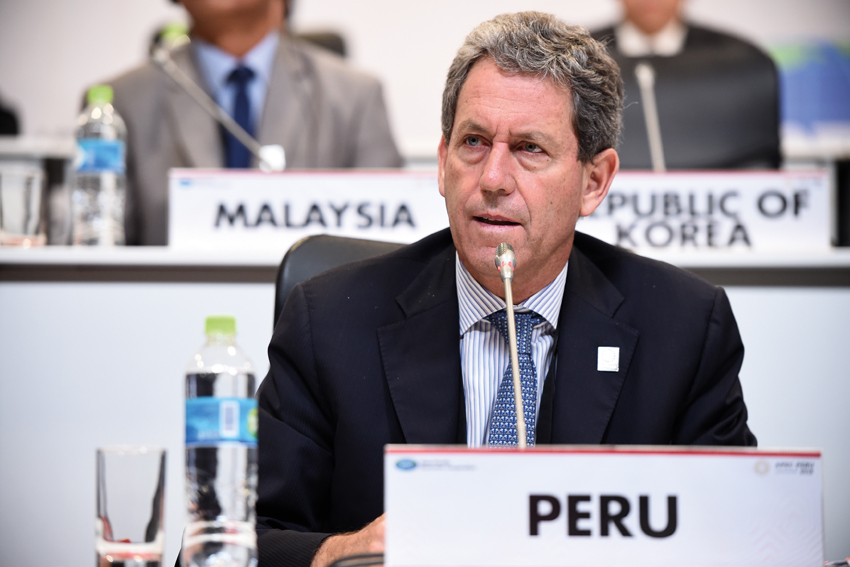 Peru has led the region’s economic growth for the last decade, and despite the fact that in the last three years the economy has weakened, the confidence boost provided by the new government puts Peru in position for more rapid growth in the coming years. How do things stand in the Peruvian economy in 2016, and what sectors do you think will energize it in the next few years?

We really have been leading growth. I would say we’ve had a combination of positive external shocks in the past. We’re a country with a considerable amount of exposure to the mining sector, to the commodities sector, and we’ve had a series of projects that have benefitted us from that angle. In the case of 2016, more than half of the 4% is due to the contribution of copper production. This is essentially because of two major projects, Las Bambas and Cerro Verde, and also the Toromocho project that began last year. These have caused Peru to practically double its copper production, and the positive effects will stay with us into the coming year.

Because of this, we’re suggesting that we need to make a few changes to the drivers of growth. We think that the external market isn’t going to give us the boost that it has given us in the past, so we need to look for new sources of growth. For us, these new sources are, for one, public and private investment – we’re making an important change in the investment process for both public and co-financed investments – and the second is productivity. Our productivity, despite the copper boom, has been decreasing, and more than ever in 2016. This worries us, and what we want is to take back leadership of productivity. To do this, we’ve proposed a formalization plan. The idea is to get a lot of support from the middle classes, from small and mid-sized businesses, and it’s for this we’re asking for the legislative tools from Congress. So the idea is that these two drivers, investment and productivity, will be the two drivers of growth.

The other initiatives launched by the rest of the government must also be factored in. For example, the emphasis on water and sanitation will provide an important boost to public spending.

After that, the commitment to sectors like health and education as well. This will also help solidify the establishment of the middle classes. We must recognize that the quality of our educational system is far below that of other reference countries. Also in the health sector, we have a state of affairs that should be reformed in order to gradually advance towards universal access to healthcare.

And as to the issue of public safety, this area also has economic implications. There’s a lot of internal debate on how to deal with the safety problem. We don’t have the levels violence of other countries like Mexico or Colombia, but we also don’t have levels as low as they have in Chile. But we think that providing greater internal security to the people strengthens the rule of law and that is what we’re doing with these reforms.

Peru hosted APEC again in November 2016. Keeping in mind that, in total, the 21 economies of APEC make up 57% of global GDP and half of all global trade, how can the momentum from this great international exposure be maximized in order to highlight the country’s economic potential and attract more investment?

We’re a country that’s more or less integrated into the global economy. We’re possibly among the most open economies in Latin America. We’re a country that has signed multiple free trade agreements. We’re firm believers in the idea that, through free trade, we can improve our country’s productivity and efficiency. And today, this has led us to host APEC for the second time. We joined APEC many years ago and we feel very proud. We’ve also negotiated to join the TPP. A few days ago, the President went to China. It should be taken as a very strong message that President Pedro Pablo Kuczynski’s first visit is to China, which is our primary commercial partner. What all of these signs are telling you is that for us, free trade is a very important vehicle for improving our people’s purchasing power. However, there’s still a lot to be done.

From China, what we want is to attract investment. The President has proposed that in the mining sector we’d like to see more investment in mineral processing in order to move towards exporting products with more added value. This would also reduce transport costs and bring a series of benefits. The second thing is to attract large-scale, high-impact infrastructure investments like the commuter train proposed by the President.

So yes, we believe in this. APEC has been very good for us. It has given us part of that dynamism. And the idea after APEC is to carry it on to a second level.

The “unleashing” of large investment projects is one of this government’s priorities. In this area, Peru also faces an important challenge, which is closing the significant existing infrastructure gap. Considering Peru’s entry into the OECD in 2021 is potentially down the road, how are you going to promote infrastructure investments to reach the organization’s standards, and what role do you think public-private partnerships will play in this?

We’ve proposed that the center point of infrastructure investment be broken into two parts. One is the so-called “unleashing.” We’ve already made it known that there are around $18 billion-worth of investments that have stalled out for various reasons. We’ve already unleashed a significant portion of them. We’re working on an expansion project at Jorge Chavez International Airport in Lima, on the new Chincheros airport in the Cuzco region, Line 2 of the Lima Metro, the Gasoducto pipeline in the south, and irrigation projects in Chavimochic and Majes Siguas, among others; they represent a series of projects that were about to begin, but for some reason got tied up. We have an unleashing unit here in the MEF that is working very hard on these projects.

The second part is by way of change, the reform of the public and co-financed investment system, the famous public-private partnerships (PPPs). The perception used to be that many of these projects got stuck in the Ministry of Economy and Finance. What we’ve done is, within a framework of tools approved for us by Congress, presented a reform of the public investment system and Proinversion, the agency through which the state carries out its co-financed projects. The idea is to focus more on the regions and towns; to decentralize the public investment process, give a lot more attention to the little projects that are done at a municipal level; and the bigger projects are going to be co-financed instead.

We have said that we want to raise co-financed investments to around 6% of GDP, and this means a very radical transformation of our Proinversion agency. We’re going to bring it up to the level of the investment promotion agencies of Australia, Canada, and New Zealand. They’re specialized agencies, agencies of investment pre-projects and their goal is minimizing the use of public resources and maximizing the use of private resources.

Firstly, we have to highlight the changes that are coming and the reform of the investment process in the country. I think that making it more straightforward, simpler and more focused on necessities, will help not only the foreign investor but also the domestic one. It definitely provides the foreign investor with more certainty about the rules of the game, which is very important. What we’d like to do is advance gradually up either the World Economic Forum or Doing Business rankings and really improve investors’ perception of us. This applies to domestic investors and foreign ones.

In the case of the US, it’s our second-largest trade partner. I also think that we should take as an important signal that President Kuczynski’s first international tour included a visit to the US The President has already put down on the agenda that he’ll work with his two major trade partners, China and the US.

The US has helped us a lot in the whole agricultural export sector. Agricultural industry has been a major driver of social and economic growth in this country. The American market continues to be a priority market for what we call non-traditional exports, which are simply exports other than commodities. And we hope that through agreements such as the TPP, our bilateral free trade agreement, or the Pacific Alliance treaty that connects us as a bloc with the US and Canada, to continue improving the flow of commerce between the two countries. The US has been a trade partner of Peru for many, many years and the idea is to maintain that position.