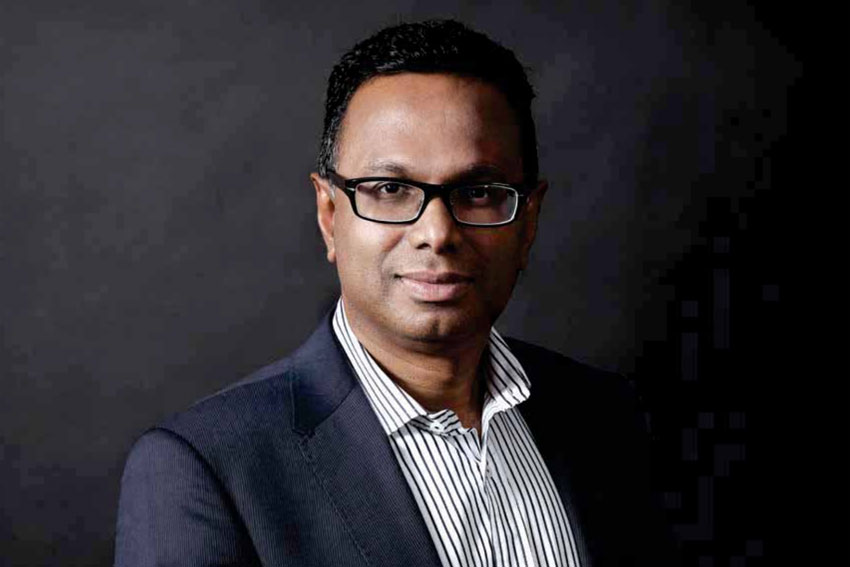 The World Bank Group’s latest Global Economic Prospects (GEP) report stated that South Asia’s regional GDP growth is expected to remain at just over 7% during 2015, and rise at a moderate pace toward 7.5% in 2017, in line with the on-going recovery in India and stable growth in the rest of the region. How are the banks the key enablers for Asia’s growing economy?

I think the banks are quite well positioned from a service point of view and from a funding point of view. Fortunately, Sri Lanka has not been short of funding in the recent past. If you look at the private and the public sector, when they go to the market to raise funds – whether through a placement or an IPO – they have always been oversubscribed. We can go to the market and raise funding at fairly reasonable rates. Our bank placed funds for the previous government for $1 billion between 2013 and 2014.

The structure is good, the fundamentals are strong. If you look at the last five or six years, most banks have had fairly satisfactory growth, both in terms of assets as well as profitability. Last year, we made 10.5 billion LKR ($77 million), which is quite significant when compared to the previous years. We predict in 2016 to achieve 13-14 billion LKR, which is a 35%-40% growth. This took place under an uncertain context, so you can imagine what could happen if the environment was more certain and stable.

According to the Sri Lanka Central Bank, the Bank for International Settlements, BIS, recognized Sri Lanka as the 16th country in the world to receive BIS “Red Book” status for modernized payments systems. It occupies the third place in Asia in terms of payment reforms and has been the first country to operate a RTGS/SSS system with SWIFT link in the SAARC region. To what extent is Sri Lanka a leader in contributing to the regions banking sophistication?

From a technology point of view, although Sri Lanka may not be strong in comparison, it has the potential, the commitment, the funding, and the technical expertise to do so. I am a huge fan of bringing the latest technology, but I am also apprehensive and weary of the fact that bringing the technology is not enough. You do not buy a Rolls Royce if you do not have a driver’s license or if the roads are bad.

The whole structure, the environment, the dynamics have to change in a manner that people should see the value of mobile banking, where everything can be done with a single swipe of a finger. Do people want to handle more banking activities from their phones or tablets? Is that the sentiment? What is the percentage of people who might start doing that?

Development needs to take place broadly, and if that development takes place, more financial institutions will invest money in technology. They already are, but there would be further investment taking place.

You have recently stated that NSB has the potential to grow even further beyond the existing standards and pave the way to achieve revolutionary success in its future endeavors. Please discuss the genesis of NSB and future developments.

Our bank is primarily set up to mobilize savings deposits and inculcate the habit of saving from a young age. We have products that target schoolchildren – of course their parents manage them – and products specially catering to professionals, middle-income families and senior citizens. We have various tailor-made products.

Out of our deposits, 60% need to be invested in government-issued securities or in financial instruments that are guaranteed by the government. This is a mandate that is stipulated in the NSB’s Act, and it makes us a very active player in the Treasury bond market, both short and long term – particularly in the short term, as the long term is usually for institutions and investments such as employees’ retirement funds. We have been very active in the bond market, as 60% of our deposits are in those instruments.

We are the third largest bank in terms of deposits in Sri Lanka, and we are trying to be the second – or perhaps the first! We have a proud history, and our deposits and number of accounts have been growing. We have around 16 million accounts – the population in Sri Lanka is 22 million – of which 12 million are active. That is a large account base.

Organically, by virtue of greater deposit mobilization and asset growth, the bank will grow drastically. From a strategic point of view, I want to take NSB to neighboring countries – I am looking at the Maldives and Bangladesh – and I want to get into the trade finance business, where we will be selective, as credit will be mainly for state-owned enterprises, if not all. For example, the petroleum corporation and other big players.

What is NSB’s role in contributing to Sri Lanka’s banking technology cluster?

We are currently prioritizing integrated core-banking solutions, where we are investing hugely. Secondly we want to import the correct technology that will be fitting for our consumer demand. We are the largest issuer of debit cards in Sri Lanka, with MasterCard, and there are several things which we want to improve and mobile banking is one of them. Lastly social media, such as Facebook and Twitter, is starting to play a predominant role, where people can exchange ideas, what they feel about the banking experience, either good or bad, and help us to improve.

To what extent do you think NSB is spearheading the economic development of the country?

We have always played a role in that regard. If we can grow our deposit base, the government will get more money at affordable rates – as 60% of deposits have to be invested in Treasury bonds.

We are also quite active in ensuring there is interest rate stability. The Central Bank and the government lead the policy framework: they decide on the inflation, the interest rates, etc. We as a key partner need to ensure that those policies are implemented. As an example, let us assume this week’s debt issue is 10 million LKR. If we can mobilize the necessary funding to take that 10 million LKR, then we can decide what the rate is. But if we do not have the necessary funding or the bandwidth, and there are three of us that are investing, then the government is obliged to take funding from all three.

This is the type of concept we want to implement. If we are setting the standards, setting the pace, whatever the framework, others will also have to follow. They will not be able to bid much higher; they will have to bid along with us, which will naturally bring the interest rate down. If we bring the interest rate down in a low inflation scenario, the public at large is benefitted.

The National Savings Bank has recorded a 32% increase during the first quarter of 2015, as compared to the same period last year. The net interest income of the bank also increased by 73%, and you recently said that NSB has the potential to grow even further, beyond the existing standards, and pave the way to achieve revolutionary success in its future endeavors. How are you working with international partners or investors in order to go above and beyond?

What is your competitive edge over other financial institutions in Sri Lanka?

We are in a somewhat privileged position, where by regulation 60% of our investments must be made in government securities. We are a de facto supplier of funding for infrastructure projects. The government uses us as a vehicle.

The other element is that we can also lead consortiums, because of the bandwidth we have. Let us say you require 10 billion LKR. If we see the collateral is fine, the project makes business sense, the purpose is approved, we can provide 6 billion LKR and ask the consortium for the remaining 4 billion LKR, which can be the National Development Bank, or Bank of Ceylon, or People’s Bank. If we do not play the role of starting the process, there is nobody to lead the pack. We are in a position to lead the pack because of the bandwidth we have.

The Minister of Finance, Ravi Karunanayake, in our recent interview stated now is the time to invest in Sri Lanka. He also mentioned how the government is prioritizing to diversify the investment inflow generated by new bilateral relations and foreign policy, reconnecting with Europe, Africa and Middle East. NSB plays a pivotal role in ensuring the investor confidence through strong financing. Why invest in Sri Lanka and why invest now?

Sri Lanka has a huge need for infrastructure. Telecommunications is quite developed, although there is room for improvement, but there are areas such as water, roads, etc. where we need to bring investment. We need investment as soon as possible to allow the economy to develop, for a quicker turnaround of production, and a faster movement of goods, services and people.

The Finance Minister is absolutely right, and if you want to attract for example investment for an industrial zone in a specific region, international multinationals are not going to come and invest there just because you picked a little dot in a country and said ‘we need investment here’. There has to be strategic importance, there has to be housing infrastructure, the road network has to be good, there has to be easy access to the port or the airport. There has to be some kind of tax benefit as well.

If we can build that, then the investments will come. In 1997, investment zones were created close to the airport, and it was a huge success. Most of the garment exporting factories started operating there and were exporting quite a lot to the US.

We need to create the platform for the international community to come in, which needs funding, effort, commitment, technical skills, and political stability. If we can do that, the international players will just come in.

Your diverse banking experience includes several senior managerial positions at American Express, Associated Motorways and Ceylinco Savings Bank. You have not only local but also international experience. What would you like your legacy to be at NSB?

The legacy I would like to leave is giving the necessary exposure to look at things away from the usual paradigm. That is why I am looking at the Maldives and Bangladesh, where there are new opportunities, where we can commercially grow the business. Look at trade financing; look at new investments in technology. I want people to say ‘this year we learnt something which we did not do last year’. I want the people to think outside the usual square box, to learn something new. Push the boundaries. Getting to areas, which they have not gotten to.

The commitment is there; we have the people, the mind-set. We only need to create the platform and political consistency, and show them the way.