The Worldfolio sat down to discuss the operations of joint and pipe manufacturer Neuron, with its President Shinichi Iwamoto 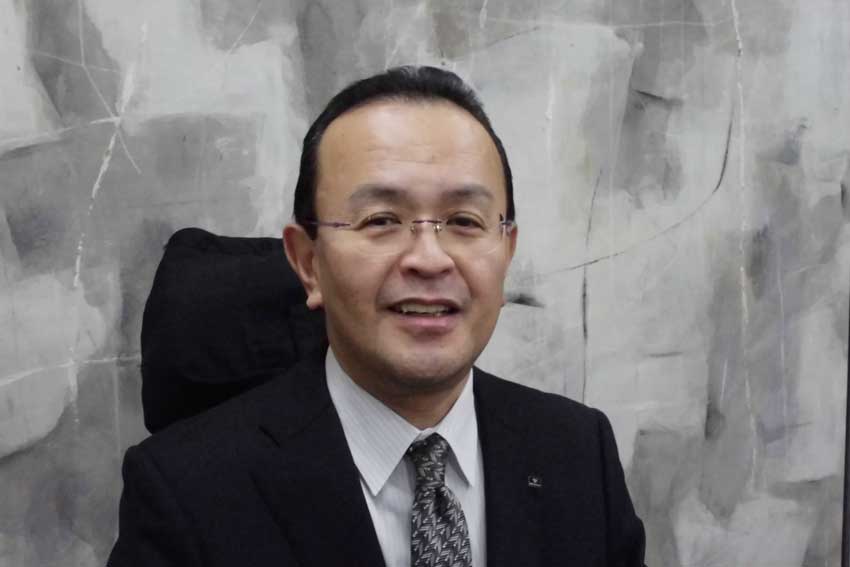 What is the difference between Japanese companies and its regional competitors, such as China and Korea?

It’s very difficult to compete with China in terms of quantity and numbers. However, Neuron, or Japanese companies, cannot be beaten in high quality products. This includes valves and gravitational wave detectors. Also, this is why we have partners such as KEK (The High Energy Accelerator Research Organization) and JAXA (Japan Aerospace Exploration Agency). I believe that we are blessed to have these important partnerships.

Additionally, before we actually provide our products, they need to pass the proof test. At the stage of testing it becomes an international competition. Here at Neuron, we use Japanese university faculties and this is where we see the singular aspect between Japan, China and Korea. There is a difference between Japanese testing and production; at this stage is where we really see the gap.

One problem we have encountered is the Japanese private sector has a slow decision-making process in large companies due to the regulation. Why do you think large Japanese companies cannot change this? How does a company like yours change and break with this method?

It is true that in Japan, large companies have a slow decision-making process. One handicap is that there is more regulation in large companies. Therefore, mid SMEs have much more of an advantage of being able to make decisions faster. However, what happens if an SME makes the wrong decision? We are finished. This is why we only hire employees who understand this concept, which ultimately leads to success.

Your company places R&D at its centre. Can you tell us about your R&D philosophy and its importance for Neuron?

At the moment in our R&D we have different projects running parallel simultaneously. The man power in these projects is actually quite large. This is all done under the leadership of members from Universities, such as Kyoto University. In just the last three months we’ve had orders from two large companies, we are very proud of this.

Furthermore, we highly value the craftsmanship of each of our employees in our R&D; this is what separates us from our competitors in China. The German meister method is important to me and appealing. In this method it is usually a parent teaching the child a craft. This means the information is something that runs through your body in its blood. Consequently, this contributes to a deeper understanding of what you are studying.

Japanese SMEs are great but they don’t go outside of the domestic market. Can you tell us the reasons why companies like yours have started to expand? Can you explain your expansion into Malaysia, Indonesia and later into Asia?

As you do expand you will obviously face competition from Korean and Chinese companies. Why should people choose you, Neuron, over anyone else?

One strategy is to directly compete with the Chinese products. There are some people who don’t necessarily feel they need high-end products so it is worth to compete with them. Of course, we are the winners if we are talking about high-quality products. However, that is not enough, we want to include everything. For example, with the expansion joints, the average product lifespan for Chinese products is two years, whereas a Japanese product is 20 years. We even want to compete on the products that will break down in two months. Expanding along the lines of different quality is something important our company has to think about.

Moreover, with the NEUTEX, newly established joint-company in Malaysia and Indonesia, right now we are dealing with the gaskets, valves and the neighboring parts. In these markets the competition is very high. Therefore, we combined with three different companies so NEUTEX can provide three different types of products. For example, we can provide gaskets and valves. However, Chinese companies can only provide one.

Additionally, a very unique part of NEUTEX is that we are selling the knowledge of maintenance. This service is much appreciated. For example, PETRONAS in Malaysia has a very large generator facility. At this facility the head engineer has been training and explaining for over a year. Basically, it allows for the variety of needs customers have to be provided. This is the key to its success. NEUTEX is not just a trader; it is a “UNION” of manufacturers. We can supply all of the information and technology as a manufacturer.

Japan is suffering from an ageing demographic. As a result of this, there is a labor shortage in Japan. How can Japanese companies use Artificial Intelligence (A.I) to combat this issue?

People believe that by 2045 A.I. will surpass the ability of what humans can do. Therefore, to ready ourselves for that, we have to have factories where there is room for robots and humans to work. Within ten years we will have to have factories where one third is robot sized. Here at Neuron we are already working on this. Consequently, this foresight means we will be able to beat out the competition in Korea and China.

Furthermore, we recently talked to the top engineer at IBM who worked on the ‘Watson’ project.  He said that one thing this engine has difficulty with is data concerning the worker welder. We don’t know who is going to be the pioneer in this field first. However, I’m hoping it is going to be Neuron.

Additionally, the introduction of robots will allow humans to focus on creativity. If robots are doing the monotonous activities, it frees up time for humans. For the 2017 International Robot Exhibition we are taking four worker welders with us, not designers, actual worker welders. We have asked them to think about how robots could reduce their working time by 20% in the next three years.  If we are able to do this, it will be revolutionary.

What developments and objectives would you like to see in 15 years time?

My first prediction is that one of my three daughters will be the president of this company. My second is that one of my nephews is going to be vice president. Also, in the future I would like to have a non-family employee become president. Finally, we currently have a business entity called Neuron holdings.  We are expecting to see that branching out into 5 different companies, such as “Plant Neuron” and “Aqua Neuron”.