In this interview with The Worldfolio, Emmanuel Kofi Nti, Commissioner General of the Ghana Revenue Authority, discusses the importance of domestic revenue mobilization for the sustained socioeconomic development of the country, and how Ghana is moving from an ‘up-front tax to back-room tax’, allowing businesses to become more competitive 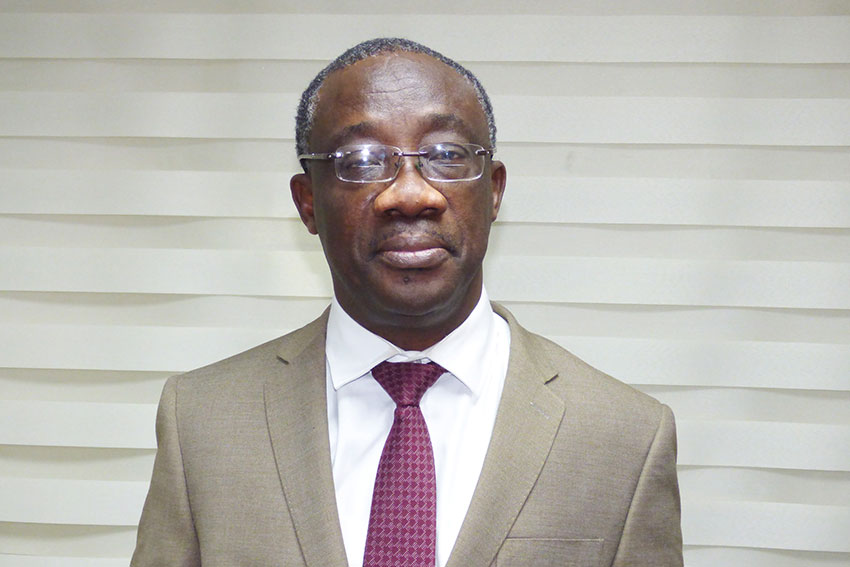 Like the rest of the world, Africa remains uncertain about what is to come after global geopolitical shifts like Donald Trump’s election in the US and the upcoming Brexit. How can Africa take advantage of this global landscape and gain investor confidence?

There is huge advantage for Africa because Africa is basically a virgin land. It has not been explored, and as such it has not been fully exploited. When it comes to the issue of exploring, within the last two decades, the human capacity has gone up. The taste of the people too has changed alongside with the education that has gone forth.

Now even the poor illiterate woman in the village can communicate by mobile phone with her children in the cities. Now such innovative developments are also being applied in such areas like the financial sector.

Ghana for example has an open economy; whereby about 80% imports are shipped into this economy. And so, there’s huge potential for people to come and invest in Ghana and becoming part of the changes that are going on in Ghana.

Ghana was basically the first country in sub-Saharan Africa to be independent. Within the last 50 years we’ve gone through a lot of change. Up to just about the year 2000 there were about five universities; now we have well over 40 universities and a gross expansion of the intellectual capacity and the human capacity, which is there to be tapped into for investors.  And fortunately, the labour cost isn’t that high so it gives way for investors to tap into quality labour at low cost.

Tax avoidance is basically legal. Hence accountancy firms help their clients to avoid tax by exploring loopholes in the tax laws and adjusting to them.

The issue for us is to build capacity in the legal regime. Especially when it comes to the area of legal drafting so that there are no loopholes around it, and in effect tightens the net. Once we encourage investors to come, we want investors to come add up and create value in the system. Also, we need to compensate the country for creating the environment for them to come and work in.

But the idea of some investor trying to basically come and explore loopholes in the system is something we’re not happy about. And so, when it comes to us, as tax collectors, we want to beef up our capacity to deal with the tax so such schemes can be seen for what they are and to prevent the illicit flow of funds. You know the illicit flow of funds outside is huge.

I mean the flow of funds from Africa including Ghana in a month can be in the billions. So, the conference that was held at the Palm Beach hotel was basically to raise awareness between tax collectors to come up with schemes to ensure that the right size of revenue is generated and that people do proper accounting for the money that they raise in the country.

We have seen how the new government has reoriented the countries taxation focus to a production focus abolishing and reducing many taxes in the 2017 budget. Could you comment on the scope and impact of these reforms and how they will affect revenue collection?

We’re moving from up-front tax to back-room tax. Up-front tax because they have implications for cost of production. So, when we’re able to move away from the up-front tax, what we are trying to say basically is that we’re releasing the stress on the cash flows of businesses in the country and allowing them to be more competitive globally.

Generally, upfront tax ends up being part of the cost of production and so our people end up becoming more uncompetitive. Removing it lowers the cost at which (they produce goods and services) and the prices at which they sell their goods.

So, if you’re able to reduce the cost of production and it becomes accessible to every type of community, then we’re building a test base for our consumers that at the end of the day our producers are able to expand their production and it is able to create more jobs for our people.

Furthermore, as they create more jobs, these people are also paying their tax – that is, the personal income tax. So, we’re leveraging that the back-room tax will make the economy become more productive, more profitable, and then we take our tax.

So as the economy becomes more competitive we’ll be taking our tax from the corporate sector and from the personal income area as more people are getting employed.

So, for us that is the issue when the president talks about wanting Ghana to become the most business-friendly economy in Africa. And that is where we come in, the tax reduction is underpinned by that desire of freeing up space for businesses to develop and have good interactions.

Ghana is on the way to becoming a middle-income economy, however it still faces a major challenge, which is formalization. 85 per cent of Ghana’s workforce is part of the informal economy. How are you looking forward to widening the tax net among the informal economy?

As a tax administration, taxpayer identification is important for us but also tax education. And so, these are the two key areas we want to use to expand the tax net. If you’re a potential tax payer, there’s a hope that no matter what you do, you have a connection with our official system.

The Finance Minister, at the inauguration of the new board of Ghana´s Revenue Authority, reminded members of the Board that domestic revenue mobilization was a key anchor of government policy and had become increasingly important for sustaining investments in health, education and infrastructure development. How are you ensuring that tax incomes are equally distributed?

We have a system where the international taxes are about 40% and so we need to come up with mechanisms that allow us to broaden the tax space and reach out to the people. And for a start we build an inter-relationship with suppliers of major business and commerce groups to know who their distributors are, and whether the distributors are in our database.

We want to move away from the idea that the taxpayer walks to the tax office, we also want to move out to the taxpayer. And that is where tax education comes in. The major strength of the tax system is where equity holds. And so, we want to do demonstrations of equity to try and tap into the tax net.

For example, every taxi driver makes, on average, an income of maybe 400 cedis a month. The ordinary worker that makes about 400 cedis a month pays taxes of about what 14.6 Ghana cedis a month. So, if you own a taxi, which on underestimation makes an income that’s equivalent to the ordinary worker, then it beholds that, on the equality basis, the taxi owner must be paying tax that’s equivalent to the 400 that the person working in the civil service or the police service makes.

These are arrangements that we are doing to conscientize the society. And that’s where the tax education issues come in. So, and if you look at the number of taxis in the system, the number of tractors, the number of privately owned vehicles and we create this equity issues, the revenue that we raise from that area alone we believe that we can quadruple the revenue in nature. I mean such mechanisms are a means by which we want to up our numbers in the revenue.

The government is expecting to increase revenue collection by more than 30% this year in comparison to 2016. For that, revenues for 2017 are largely expected to be financed by strict enforcement and compliance with tax laws. How are you looking to improve revenue collection and improve tax compliance?

Tax compliance has to do with the level and the reach. That is why we did a lot of tax reductions and abolishment and making room so that they do not see the tax regime as punitive. When the people see the tax regime as not punitive, they are able to interact well. And you want a situation where you are moving away from just seeing the taxpayers as taxpayers. We want to see the taxpayers as a customer. We want to see the taxpayer as a customer and relate to him and get to know his activities. And the good response is that they will be into fulfilling their tax obligations. And so that is where we are coming from – trying to build a customer relationship with the customer. In banking this concept is called ‘Know your customer’ (KYC).

We want to have the KYC principles engrained in the work that we do as tax collectors. And with that we’ll be able to get people to comply. We want to use a lot of data in the system, have good interaction with the customer, and know and monitor their level of activity over time.

The implementation of an efficient tax system brings also legal security, which is one of the most important requirements of foreign investors. What is the GRA’s role in FDI encouragement?

Well, any investor before he goes into a country tries to know the tax laws and the tax regime of that country. So, at the GRA we’re interested in having a website that gives complete information. So that the tax payer – before he gets here will have a broad idea about our tax system even before he gets down.

We used to have the VAT as a single entity, internal revenue service as were the IRS and Customs. We have come together under the GRA concept with the issue that we create a one-stop relationship with the investor so that he doesn’t need to go to different points to relate to us. So, the key issue of the GRA is to be humble and receptive in the fact that you go to an office and all your needs are dealt with.

Taxes don’t enjoy precisely a good reputation among citizens, who often put as much efforts as possible to avoid tax payment. How does GRA educate people on the benefits of having a taxation system and the beneficial impact it has in return on the country?

So, if you want society to grow, you must pay your taxes. So, tax collection is a necessary thing for national development and for the stakes of the future generations to be made better.