Interview - October 31, 2013
Born out of a bold vision to provide Sudan's and the Arab world's food security, Kenana Sugar Company has witnessed remarkable progress over the last 35 years, during which time, it has firmly established itself as one of the biggest integrated and diversified sugar complexes in the world. In an interview with Upper Reach, Kenana's Managing Director Mr. Mohammed El Mardi El Tagani talks about the company's development and the great importance of Sudan's agriculture sector for both food and energy 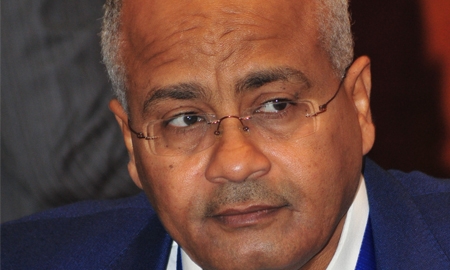 MR. MOHAMMED EL MARDI EL TAGANI | MANAGING DIRECTOR OF KENANA SUGAR COMPANY
We all know that agriculture is a sector that symbolises Sudan’s great potential. There are an estimated 200 million acres of land in Sudan, 70% of which is not being utilised. This is why the Government has identified the agriculture and livestock sector as being one of the most important sectors, and it is playing a vital role in food security and employment opportunities and is making a direct contribution to poverty and social development. It already employs 80% of the Sudanese workforce, and accounts for almost 40% of GDP (Gross Domestic Product). Please tell us about the possibility of Sudan one day becoming the breadbasket of the Arab world.
As you correctly highlighted, agriculture is definitely the most important sector in the Sudanese economy. Kenana is one of the biggest integrated sugar companies in the world, and it is definitely a living example of how important agriculture is, as well as the role it can play in modernising the Sudan economy and at the same time, achieving all the objectives that Sudan is striving to achieve.
Kenana is an agro industrial company, and it was established since 1975 by a joint venture investment from the Sudan Government, the Kuwait Government and the Saudi Government & other Arab institutions mainly to achieve food security objectives in the region. Cane is a basic crop, and also wanted to expand into other crops to address issues regarding food security in the region. Agriculture is the most important sector, and Kenana is a big, important player in agriculture in Sudan.
Kenana is an integrated project because we are cane growers ourselves. Kenana is very much involved in agriculture. Our vast experience & proven record over thirty five years has been on a larger scale mechanised agriculture. There are 200 million acres available in Sudan for agriculture, but only 9% of that is being cultivated. Massive development is needed on the agricultural side, and mechanisation is one key element. This requires investment.
What about the sector’s massive socioeconomic responsibility, now that the country has identified and diversified away from lost oil resources (70% going to the south)? What are the current challenges faced by the sector, and what measures do you think should be taken for greater training and investment in modern technologies?

Kenana is a renewable source of food and energy. Energy is coming from agriculture now. Kenana is the biggest sugar producer in Sudan and one of the biggest in the world. We generate energy from the by-products of the sugar industry. It is no longer just a sugar industry – energy is also part of the industry. We co-generate electricity using baggas & cane trash.

We produce ethanol from molasses & biomass. We have also introduced soya beans to produce biodiesel. We are renewable source of food and energy. By unlocking cane energy potentials, we are also going to compensate for the losses in revenue from oil in a big way. We are producing green fuel, which is even better than oil. Agriculture now is a very important sector for both food and energy.
What are your views on Kenana’s truly remarkable progress over the last three decades? What should people know about Kenana when they read about you?
We have provided a win-win model between our investors and the environment and the locals. So many companies talk about corporate social responsibility. But this is an in-built dimension within Kenana. Before we built the sugar factory, we built houses, schools and hospitals for the people living in the project area & around it. Kenana is a modern city in Sudan created by the company.

Everything is built by the company, so the developmental and social aspect comes with the industry. Because we operate in remote areas, Kenana has been a very effective tool for rural development. That is very important. Nowadays, everybody is going to the big cities & in our case we reversed that. The last report completed by the Ministry of Health together with the World Health Organisation showed that all the parameters such as the mortality rate, infant mortality rate etc. are all up to EU standards in the areas that Kenana operates, compared to the rest of the country. That is because of the services provided by the company. We have built 58 schools of different levels at Kenana’s site with 11,500 students on our budget on annual basis.
The social and development aspect within Kenana comes with the business. For example, Kenana has invested big money in another sugar project as big as Kenana. It is also integrated, for cane growing and sugar manufacturing. Kenana is the biggest shareholder. It is called the White Nile Sugar Company. Kenana owns 30% and we have the management contract for this company.

Before we started the factory operations, we built eight new towns, with schools, hospitals, water, healthcare, education and everything. Forget about job creation – we are the biggest job provider in the country. At Kenana’s sites, you have engineers, researchers, agriculture people, technicians, accountants, insurance guys and doctors, and teachers.

You have midwives too. Imagine a company playing a developmental and social role, without this affecting its financial viability. We are the most profitable company and our shareholders are so happy because we have been distributing dividends for the last twenty five years. This does not mean that we are not commercially efficient or that we are not achieving targets with regard to productivity.
Kenana has one reputable Research Station and scientists working hard to ensure leadership position. At the moment, Kenana has the highest yield per acre of cane in the world. We are the world leaders in this regard. Even the efficiency of our factories and operations are a model worldwide. Operation-wise, we are so efficient because efficiency in the factory with down time less that 3%. At the same time, we have a lucrative market. We are currently the biggest trading partner of the EU under EBA arrangement. Last year we exported 100,000 metric tons of raw sugar, plus 40 million litres of ethanol to the EU. We are considered to be the biggest trading partner in the EBA initiative in the EU.
I also want to stress that Kenana is not only diversifying its production in an efficient way. At the moment, we are the biggest sugar producer in the country and Africa. We are the biggest ethanol producer in Sudan and Africa. We are the biggest milk, beef and animal feed producer in Sudan and the biggest wood supplier in the market, because we have commercial forests.

We do not only manufacture equipment and spare parts; we supply to the industry internally & abroad. We also have specialised subsidiaries with engagements all over Africa. We are currently building a sugar factory in Mauritania and we are the technical consultant for the Nigeria Sugar Board, helping them with their sugar expansion. We are also doing business with the Kenya Sugar Board. We have a footprint all over Africa.
Regionally, we are cementing and fostering regional integration and cooperation . Kenana is not just exporting expertise. We do not just play a role in Sudan – we also play a role on the African continent, and also worldwide. We are an active player in the global stage.
The UK has a longstanding relationship with Sudan. Please discuss the healthy relationship between the UK and Sudan, and the UK’s current involvement in Sudan’s agriculture sector and how Sudan and Kenana should welcome British expertise and business partners?
The Sudan-UK business relationship has always been very strong. I have noticed over the past ten years that there has been a downward trend in that relationship. However, efforts were made, and I can see that the relations are improving again because there is a will between the two countries. The UK has an important program to restore business links with Africa and have appointed a cabinet minister who is responsible for Africa. I met with him during his visit to Sudan at the UK ambassador in Khartoum residence. His message was very clear - Africa is a focus and UK wants to restore the golden days of relations with Sudan. Kenana has always been linked to the UK – the co founder of Kenana Mr. Roland is British. We have had an office in London since 1974, and Kenana owns a building in Fitzroy Square. Crucial inputs & spare parts come from the UK. There are also a lot of British companies that are directly involved in the different areas of Kenana’s business. We are also handling most of our banking arrangement in UK.
On the trading side, we used to have a long-term contract, and we have been the supplier of raw sugar to Tate & Lyle sugar refinery for four years. Before our ethanol exports, even the molasses used to go to United Molasses in the UK. Even our trading business has been linked to the UK traders for so many years, and it still is. A reputable British company has also been looking at Sudan’s sugar industry and more specifically at the current privatisation program which is taking place in Sudan.
We feel that there is definitely now an opportunity for the UK and the EU in general to invest to secure a regular supply of sugar as this is very important, and also achieving objectives for food security in general. Sudan is the largest country in Africa with available land, water, good climatic conditions etc. Investors have to come in and to take the opportunity. Off take agreements and co investments are also available. The current investment law gives investors opportunities and there is infrastructure available in the country including irrigation systems and roads. Sudan can be a generous host for major investments at the moment.