Embracing risks and turning them into success

Interview - August 20, 2013
World Report sits with Marzouk Nasser Al-Kharafi, Chairman of Americana Group, the Middle East and North Africa's most successful group of companies operating restaurants, and manufacturing consumer foods and food-related products, as well as Board Member of Kharafi National. The man who invented the Kentucky Fried Chicken line of sandwiches shares his vision on Kuwait and the GCC region’s opportunities 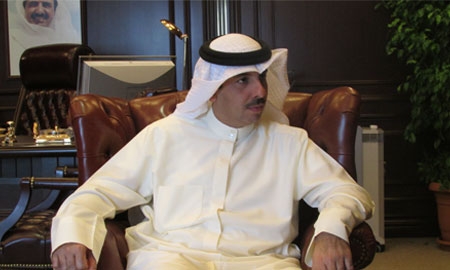 CHAIRMAN OF AMERICANA AND BOARD MEMBER OF KHARAFI NATIONAL
SHARE

There was something wrong with the Parliament at the time. My father could have easily told the national bank of Kuwait that they could have the turbines, as nothing was signed, and the collateral were the turbines. But he said that he took the turbines in good faith, but unfortunately we were mistreated at the time. He kept paying the interest and the loan for four years until we found a home for the turbines. We managed to do this project in Egypt.
Integrity, sticking to your word and taking care of your people is the most important lesson. They are your main assets. You are as good as they are. If they trust you and work with you as a family and as a team, you will always be in good hands and good faith at least. Believe me, everything happens for a good reason, and we are strong believers in that.
We were really hurt by this, but looking at the big picture, this was 2008, and this was before the collapse. We as a group have resources, and these resources are limited. We spent a lot of money on those turbines. If we had not have done that, we would have had access to those funds and we would have maybe put it in the market, like we did with other facilities from other banks. The market collapsed and people lost more than 50 to 60% of their wealth, whilst we put the money in assets, like turbines, which were used in projects.
There is a silver lining to any situation. These projects gave us a strong CV and we are recognised in the power sector. We are always at the top of the list in any power project with any international partner, because we have proven that we have completed projects in record time. Companies are approaching us, and Egypt recognises and thanks us for what we have done. I think we came out stronger, and it was a success story rather than a failure. It was hard work, and really difficult times, but it taught us a lot. We had to tighten our belt in different areas. It gave us a good CV and a good reputation and it saved us from losing money in other ways, such as markets or stocks. It was the ultimate stress test.
Where do you view Kharafi National in the next ten years? Do you see it expanding geographically?
I see it expanding regionally in areas that we are not in. I see that Kuwait is a platform for Iraq, and there are mega projects in Iraq that we are looking at. We have always had trust as Kharafi Group, but now we have it as Kharafi National as well. We are looking at Saudi Arabia, but they are very protective over their Saudi companies. We will have to find a way in, maybe through joint ventures. We have expertise in power and wastewater treatment, which is not easy to get. We are the authority in some areas. People send students from universities to learn at our plants.
We were bidding against the French, who are very strong, and the difference in price was less than 1% between us and the French.

The French Ambassador was lobbying to get the job, because they had the expertise and the difference was less than 1%. But because we are transparent and we stuck to our method, we won the project. We completed it in record time, and it is working beautifully. It will save the Kuwaiti Government more than $11 billion over its period of operation. There were another two projects that were in the UAE, and we bid for them. They were also against the French. It was very difficult. At the time, the French president was visiting the UAE and he was trying to push for the French companies to get the tender, and we were pushing on the other side. Funnily enough, the ambassador in Kuwait was the same one who moved to the UAE, and we won the two projects, again.
What would you say makes you Kuwaiti?
Our values mainly, and our genes. We are running the operations to international standards, but we do business the Kuwaiti way, based on trust and treating your people in the right way, making them part of the family. We are risk takers. I think these values make us Kuwaiti.
We have a strong focus on youth, and the youthful spirit of Kuwait. Kuwait is really witnessing a generational change. What impact do you think this will have on further development in Kuwait?
I see younger generations in important positions in the country, and the new planning board. A lot of them are very active and want to change things. I see them pushing change, and that is very important. They are hungry for change. We are pushing the young people in that regard, and we support them. We support different youth organisations.
We even push individual entrepreneurs, such as sports entrepreneurs. We partner with a company called Global. We believe that they have to play a major role in developing Kuwait, and pushing and instigating change. You always need new blood – they are full of energy and ideas; you just need to guide them, support them and tell them what they are learning.
You embrace risk and make it a success. Kuwait is a welfare state, with people who have it all in a way. How do you maintain entrepreneurial spirit and why do you take risks when you do not need to?
You are right, but there are different people with different mindsets. There are people who depend on the Government and are lazy, but there are others who are thinkers, and they want to do something. They do not want to just get a free education and money from the Government. These are the people who we try and push, and work. Unfortunately we have not always been successful; some of them start off really energetic, but they see their friends who do not push themselves, and who just stay at home and get their salary. But others really want to do something and they want to see Kuwait differently. And they understand that oil is not going to be around forever.

You have to really admire how far ahead some people think. They think about their families and children, which is very nice.
What drives and motivates you?
When I think how our ancestors really made it. You realise how hard it was for them, shipbuilding and diving for pearls, and then trading and bringing spices. It was no joke leaving your families for six months. I really admire this. Not a lot of us can do this now. But oil is not going to be around forever, so you have to teach yourself and your children to work hard.